Posted on May 14, 2022
You are here: Home / Featured / Understanding Putin and Russia 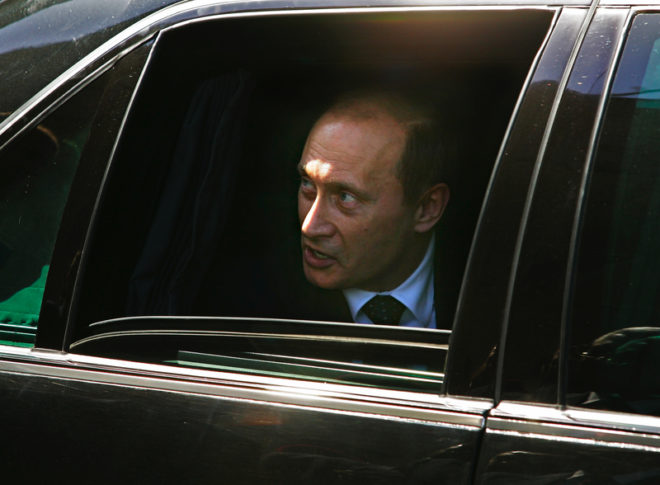 When the Soviet Union and Communism dissolved in 1989-90, Russian citizens were shell shocked. They had no concept of how democracy and capitalism actually worked when it appeared that these were Russia’s next steps. The Russians had been fed a steady diet of propaganda for over 70 years, demonizing liberal capitalist democracy, lauding Marxist economics, the Soviet empire and praising Russian exceptionalism and greatness. When parliamentary elections took place in December 1993, the populist and ultranationalist Vladimir Zhirinovsky and his party were the winners with 22 percent of the vote. Russia’s Choice Party, whose goals were democratic and western oriented, avoiding populist promises that could not be fulfilled, received only 15 percent of the vote.

Without a background or education in democratic principles, Russians were politically illiterate and unprepared for the advent of democracy. Having also been inculcated with the idea that they were one of the world’s great powers and rulers of the Soviet Empire, Russians were unaccepting of a lesser role. President George H.W. Bush’s comment that America had won the Cold War also stuck in the craw of many Russian citizens to whom Russian power was important. It was as if America and the west had stolen their dignity and dishonored them.

In 1996, Boris Yeltsin was elected president of Russian against a communist opponent, Gennady Zyuganov, in a campaign controlled and directed by Russian oligarchs and media tycoons. Yeltsin was perceived as a weak leader whom the oligarchs could manipulate and exploit. And they were largely right. It was not a victory for liberal democracy or the Russian people, allowing the oligarchs to acquire previously state owned resources and properties at cut-rate prices, then using capitalist techniques to grow their wealth. Youthful reformers in the government who favored liberal democracy and western ideals were forced out of their jobs, tarnished by the media, money and prostitutes. And some like Boris Nemtsov, who was fighting for a liberal democracy, were assassinated by those afraid of his ideas and charisma.

The liberal media was also destroyed by the oligarchs, with western values derided and a nostalgia for Soviet times and a leading place in the world. The siege of Sarajevo in the Bosnian-Serbian war and the bombing of Serbia, a long-time ally of Russia sharing the Orthodox religion, also soured the Russian public on NATO, America and the west. Nationalist sentiment greatly increased just as Putin’s star began to rise. While Yeltsin was still president, he and the oligarchs supported Putin, a former KGB agent. TV and the media fawned over Putin, a young, sharp and dynamic man, energetic and healthy. In August of 1999, Yeltsin appointed Putin as prime minister and backed Putin to succeed him as president when he resigned on New Year’s Eve 1999.

Subsequently, Putin consolidated his power while keeping the outer vestiges of democracy intact. With the price of oil rising, the Russian economy thrived and Putin was able to increase consumer goods, build up the military and satisfy most of the Russian population. He limited his presidency to two terms initially, making Dimitri Medvedev president while Putin became prime minister. But there was no question of who really held the reins of power. After Medvedev served four years, Putin was re-elect president again. In a referendum in 2020, Putin was elected as president until 2036 when he will be 83 years old. Thus he is essentially president for life.

There has been some opposition to Putin from a small coterie of liberals who do not want Russia run by a dictator for life. Recently, the opposition has been led by Alex Navalny, who was poisoned in Siberia, most likely by the FSB, and almost died. He is now back in Russia and was sent to prison. All the media outlets that criticize Putin have been shut down, and liberals and human rights supporters have been labeled as enemy agents, many of them also thrown in prison. Thus, Russia isn’t even a pseudo-democratic state at this point.

Under Putin’s guidance, Russia has been involved in multiple military ventures, to assuage the nationalists and restore the nation’s great power status, at least in Putin’s mind. There was the second Chechen war, the war with Georgia, Russian intervention in Syria, the annexation of the Crimea from Ukraine, the intervention in Khazachstan, and now the threat to invade Ukraine. Putin wants Russia to be recognized again as a great power and himself as a great leader. He wants to restore some of the dignity and honor that Russia lost when the Soviet Union imploded. Putin feels that he and Russia are disrespected by the west and wants to display his nation’s power, which will help him at home as well as abroad. He is the longest serving Russian leader since Stalin.

www.robertlevinebooks.com Buy The Uninformed Voter on Amazon and Barnes and Noble