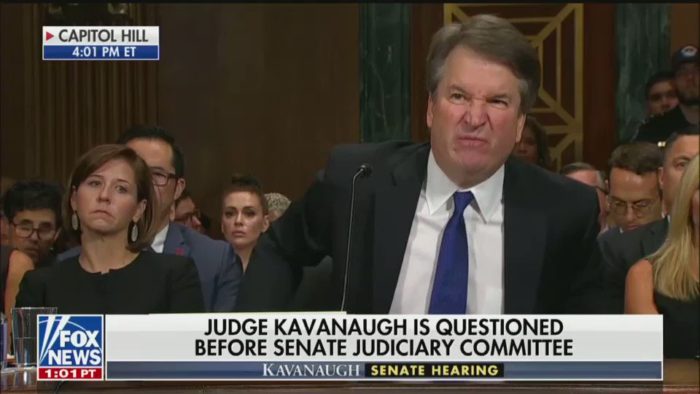 Excluding Trump’s role in changing America’s relationship with NATO and other nations, his largest and lasting domestic impact is and will be his three appointees to the Supreme Court. These appointments transformed the Court from a moderate political body into a deeply conservative one which with lifetime tenure for justices will remain so for decades to come. There are two ways this conservative predilection could change, neither one of them very likely.

One would be by placing term limits on SCOTUS justices. Instead of life time appointments, this could be changed by a constitutional amendment to a set number of years, probably a lengthy term of ten, twelve or eighteen years. Given the increase in life expectancy since the Founding Fathers approved the Constitution, from 30 to 40 years in the 1700s, to around 80 in the 2000s, this would not be an unrealistic move. Depending on a justice’s age when appointed to the Court, the expected length of a term in the early 1800s might have been considered to be around 20 years or less. An appointment to the Court currently could be 40 years or more if an appointment were made when a person was in his or her forties. These gerontologic justices may well be out of touch with changes in society by the time they retire or die. Setting term limits would restore some credibility to the Court which has seen diminished approval ratings by the general public in recent years.

Another suggestion in a similar vein is to allow every president to appoint two justices in every four year presidential term, with the two longest standing justices retiring. With current standards, a president like Trump could appoint three justices in one term, while another president might get to appoint none, purely by chance. Having a set law on the books to provide equitable appointments by presidents to the Court would be fairer and allow more representation from different political groups. Trump was elected in 2016 by a minority of the American population and the senators who approved his nominees also represented a minority of Americans. These appointments are not indicative of a democratic system.

Some SCOTUS analysts believe that the way to transform the Court is to increase the number of justices on the Court as the population of the nation has grown dramatically since the Constitution was written. Only a small number of cases presented are handled by the Court each year and having more Justices might allow a greater number of cases to be examined and ruled upon. Opponents have called this “packing the Court” but it does seem to have some basis in the reality of the nation’s increased population.

Unfortunately, the way the Senate is structured, with two members from each state regardless of population, make new laws or dramatic changes in old ones unlikely. The Founding Fathers in their infinite wisdom had two senators represent each state in the union regardless of population. This means that California with 20 million citizens and Wyoming with 600,000 each have the same power to write laws in the Senate. Small rural states tend to be generally conservative and send conservative senators to Washington to represent them. This results in more conservative Justices being appointed to the Supreme Court.

We can point to Mitch McConnell refusing to appoint Merrick Garland to SCOTUS when he was nominated by President Obama during his last year in office. McConnell said that appointments to the Court should not be made during a president’s last year in office as the electorate should make this decision depending on for whom they vote. However, McConnell turned 180 degrees when Amy Coney Barrett was nominated by Trump in the last few months of his term, rapidly pushing her nomination through the Senate. McConnell did not seem to be bothered by his barefaced lie.

So far in the recent SCOTUS term, we have seen the Justices overturn Roe v Wade which had been law for half a century, disregarding prior precedents. Open carry of firearms was supported by the Court, notwithstanding the mass killings and the plague of individual deaths that have occurred because of the easy availability of guns. The Justices have also approved state payments to private religious schools, disregarding the separation of church and state. The three Justices appointed by Trump have formed the majority in all three cases. This is his lasting legacy and does not seem likely to change in the foreseeable future unless changes are wrought in the Constitution, another unlikely possibility. Conservatives gaming the system have won.