Posted on February 3, 2023
You are here: Home / Bigotry / TRUMP’S DAMAGE CONTROL CAN’T REMOVE STENCH OF HIS DINNER WITH WHITE SUPREMACIST AND HOLOCAUST DENIER 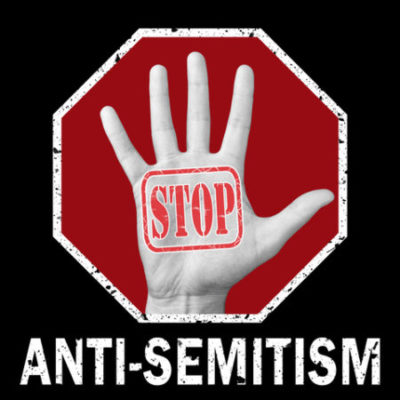 And so the now-tiresome and trite 21st century political kabuki dance has (again) begun. Former twice-impeached President Donald Trump has set off yet another political furor. this time due to a pre-Thanksgiving dinner at Mara-a-Largo where he hosted some infamous guests.

Who should show up at Trump’s dinner but serial anti-semitism spewer and rapper Kayne (aka Ye) West. But he wasn’t the only racist who attended. Trump got two bigots for the price of one.

West brought someone with him: Nick Fuentes, a holocaust-denying, antisemitic, white supremecist who also believes women should lose the right to vote. Funtes calls Jews a ‘hostile tribal elite’ and said Israel is ‘the anti-Christ.’ The ADL’s profile of Fuentes is HERE. Also, go HERE for the Southern Poverty Law Center’s profile.

The original reports were by the website Axios, then some more trickled out, parts were denied, and team Trump went into damage control overdrive. NBC News’ Mark Caputo quoted one Trump source as calling the controversy a ‘f—ing nightmare.” Trump’s associates insisted Trump didn’t know who Fuentes was. Others say that’s ridiculous.

Trump and Fuentes reportedly liked each other and fawned over each other. Trump said “I like this guy” when he complimented Trump and told Trump he was his hero. Fuentes confirmed that in a subsequent video. Democrats, some Republicans, and rights groups condemned Trump. Some condemed anti-semitism but did not single out Trump. That is called a c-o-p o-u-t and isn’t acceptable. Or persuasive.

In fact, the time is way overdue for not treating Trump with kid gloves. As Haartez points out, “Fuentes and West are the latest figures with known histories of extremism and explicit antisemitic remarks to meet with Trump since he announced his 2024 presidential candidacy earlier this month.” In fact, as even a box of Manischewitz matzo on the shelf at Vons knows, Trump has associated with, enabled or lightly treated other extremists in the past. This goes back to 2016 when he claimed he never heard of David Duke.

Trump can’t get a pass on this, no matter how much spin from his supporters, partisans or groups who seek to cushion Trump from his latest two extremist friends.

At least once a week I think about how when I was a kid my grandfather Abraham Ravinsky would sit down with me and open a big photo album. He’d point to pages showing photos of his family in Russia, photos often having a slew of people, and he’d say: “Killed by Hitler. Killed by Hitler. Killed by Hitler.” He did the same thing with my sister Nona. He wanted us to always remember the barbarity stemming from bigotry, hatred and the breakdown of basic human values that defined Nazism.

When I was growing up in Connecticut we had a German Shepard named George who was badly sprayed by a skunk. The veterinarian told my mother to bathe George in bottles of tomato juice.

The stench will remain.

Having tracked Fuentes for years, let me note this as a reporter: he is well-known inside the GOP. People can pretend otherwise but professionals who work in the party are highly aware of how his white supremacy and anti-Semitism influences some voters, esp on fringe platforms.

All snark and sarcasm aside, I really, really hope journalists and the Democratic Party treat Trump's meeting with Nick Fuentes as the scandal that it is.

This guy has made openly genocidal, authoritarian statements about the Jews within the past few weeks. it's horrifying.

When you’ve lost Breitbart….
“Breitbart News has repeatedly asked the Trump campaign for comment over the course of more than 24 hours. The only GOP candidate for the office in the next election seems to have met with an open white nationalist, antisemite, and Holocaust denier.” pic.twitter.com/bi2SkQFoHe

Condemning Nazis shouldn't be hard. Yet, not a peep from GOP leaders Kevin McCarthy and Ronna McDaniel.

Their silence is complicity.

BREAKING: Chris Christie SLAMS Trump for meeting with Nick Fuentes “this just another example of an awful lack of judgment from Donald Trump, which, combined with his past poor judgments, make him an untenable general election candidate for the Republican Party in 2024."

Trump said “this guy gets me”. Sadly he does. https://t.co/BxD6slkchn

This is just awful, unacceptable conduct from anyone, but most particularly from a former President and current candidate. https://t.co/uoWNJLoiwI

Look, I didn’t know the anti-Semite was going to bring a Nazi. pic.twitter.com/Zy8jKo3MNg

Some ex-Presidents feed the needy on Thanksgiving, some feed Nazis.

Trump, an active candidate for the presidency and fmr. president, met with Nick Fuentes.

There is a lot of back and forth about how it happened.

This is just like when MTG appeared with Fuentes earlier this year.

A lot of back and forth.

There are only 2 possibilities for the Republican Party's deafening silence in the wake of Trump's dinner with Nick Fuentes:
1. They don't want to lose his base of voters, so they won't speak out.
Or
2. They agree with the anti-Semitic views of Holocaust-denier, Nick Fuentes.

Nick Fuentes looks and sounds like Gilbert Gottfried pretending to be an anti-Semite https://t.co/5Eg6N6XII6

The leader of the Republican Party just dined with a Holocaust denier. And this just happened. https://t.co/SDVD99RDZv

We are disgusted to learn former President Trump has taken a meeting earlier this week with Nick Fuentes, a known white supremacist and vile Holocaust denier.

Remember when Trump pretended he had never heard of KKK Grand Wizard David Duke back in 2016? It was an absurd lie. And he’s doing the same thing with Nick Fuentes now.

All snark and sarcasm aside, I really, really hope journalists and the Democratic Party treat Trump's meeting with Nick Fuentes as the scandal that it is.

This guy has made openly genocidal, authoritarian statements about the Jews within the past few weeks. it's horrifying.

This is who Donald Trump just had dinner with: “This is going to be the most racist, sexist, anti-semitic, holocaust-denying, speech in all of Dallas this weekend!” Elon Musk is also lifting his permanent twitter ban because free speech. pic.twitter.com/5jRRHcnafq

Without knowing that Fuentes and Kanye had dined with the president he worked under, this tweet could be about anything. https://t.co/KKLgfTxMgY