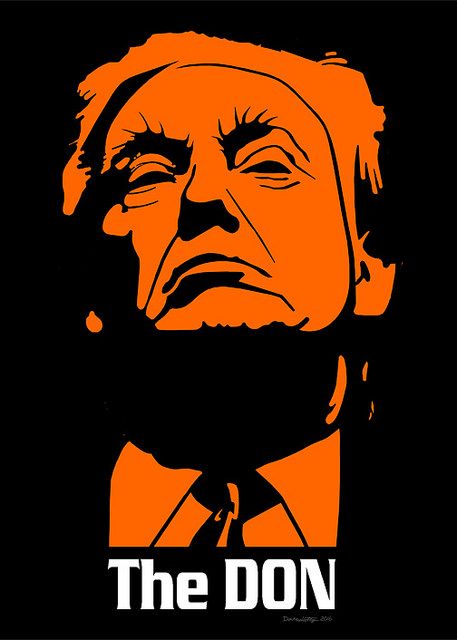 When what would become the coronavirus $2 trillion economic stabilization package was hammered out in Congress, it contained a key provision Democrats were adamant had to be included: Congressional oversight on the stimulus and an Inspector General who would report to Congress on the kinds of loans and who was getting them. Donald Trump has now indicated a)he doesn’t have to follow that provision suggesting b)he’s daring Congress to do anything about it.

“In a signing statement released hours after Mr. Trump signed the bill in a televised ceremony in the Oval Office, the president suggested he had the power to decide what information a newly created inspector general intended to monitor the fund could share with Congress.

“Under the law, the inspector general, when auditing loans and investments made through the fund, has the power to demand information from the Treasury Department and other executive branch agencies. The law requires reporting to Congress “without delay” if any agency balks and its refusal is unreasonable “in the judgment of the special inspector general.”

“Democrats blocked a final agreement on the package this week as they insisted on stronger oversight provisions to ensure that the president and Treasury Secretary Steven Mnuchin could not abuse the bailout fund. They feared that Mr. Trump, who has previously stonewalled congressional oversight, would do the same when it came to the corporate aid program.

“But in his statement, which the White House made public about two hours after the president signed the bill, Mr. Trump suggested that under his own understanding of his constitutional powers as president, he can gag the special inspector general for pandemic recovery, known by the acronym S.I.G.P.R., and keep information from Congress.

“I do not understand, and my administration will not treat, this provision as permitting the S.I.G.P.R. to issue reports to the Congress without the presidential supervision required” by a clause of the Constitution that instructs the president to take care that the laws are faithfully executed, the statement said.

Mr. Trump has a history of trying to keep damaging information acquired by an inspector general from reaching Congress.”

The question then becomes: couldn’t the Democrats see this coming? Trump has ignored most norms and often treats Democrats with contempt. Indeed, when the package was signed despite the fact it got bipartisan support (a deal could not have been reached without it) Trump only admitted Republicans to the signing. And he hasn’t talked to House Majority Leader Nancy Pelosi in five months when that famous White House meeting took place.

Actually, it turns out that Democrats did see this coming and prepared for it.

““The president’s statement is indicative of the difference between Democrats and Republicans when it came to this bill,” House Speaker Nancy Pelosi told MSNBC’s Rachel Maddow on Friday about the language.

“It’s not a surprise to anyone,” she said of Trump’s signing language. “But Congress will exercise its oversight — and we will have our panel appointed by the House to, in real-time, make sure we know where those funds are being expended.”

“A Senate Democratic aide said, “We fully anticipated Trump shenanigans, so that’s why there are multiple layers of strict oversight in this bill, including a council of existing inspectors general and GAO review, in addition to the Special IG, reporting requirements and a Congressional Oversight Commission.””

Suffice to say, expect some battles between the executive and legislative branches as the bailout-stimulus is implemented.
.
Graphic by DonkeyHotey/Flickr