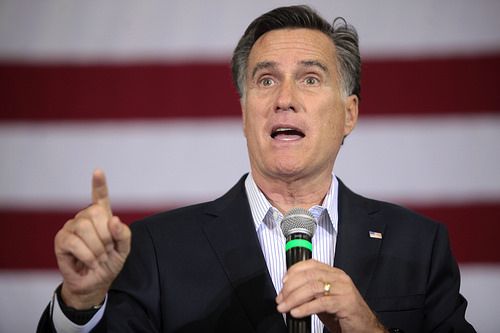 One of the most fascinating — and troubling — developments in campaign 2016 is the fact that we are seeing with each passing day now how the norms of America’s free-wheeling political debate, content, and “given’s are being brushed aside by all-but-certain Republican nominee billionaire Donald Trump. Trump lowers the bar, or ignores the bar, and his supporters go along with it and Republican politicians increasingly do, too. They don’t want to jump on the Trump bandwagon — but they fear being run over by it more than jumping on it. So one by one the expected behavior (they way they address each other, at least lip service to detailed policy discussions, a modicum of politeness, restrictions on using foul language in campaigns) of a canddidate running for the nation’s highest office are falling by the wayside.

And — despite what many adults and schools teach children — no, there are few or little consequences for Mr. Trump. The latest chapter comes on the routine call from the media and political opponents for a candidate to release his tax returns before the election.
Trump now says, it ain’t gonna happen (with a cover story most experts reject).

Trump told The Associated Press in an interview Tuesday that he would not release his tax returns, despite telling radio host Hugh Hewitt in February 2015 that he would do so if he ran for the White House.

To a normal mortal politician. But all of the rules of political discourse, accountability for past positions, political behavior and speech have been relaxed for Trump, with a news media addicted to him as a ratings booster.

Romney made his case but it’s unlikely to go anywhere. Here is his Facebook post, in full:

It is disqualifying for a modern-day presidential nominee to refuse to release tax returns to the voters, especially one who has not been subject to public scrutiny in either military or public service. Tax returns provide the public with its sole confirmation of the veracity of a candidate’s representations regarding charities, priorities, wealth, tax conformance, and conflicts of interest. Further, while not a likely circumstance, the potential for hidden inappropriate associations with foreign entities, criminal organizations, or other unsavory groups is simply too great a risk to ignore for someone who is seeking to become commander-in-chief.

Mr. Trump says he is being audited. So? There is nothing that prevents releasing tax returns that are being audited. Further, he could release returns for the years immediately prior to the years under audit. There is only one logical explanation for Mr. Trump’s refusal to release his returns: there is a bombshell in them. Given Mr. Trump’s equanimity with other flaws in his history, we can only assume it’s a bombshell of unusual size.