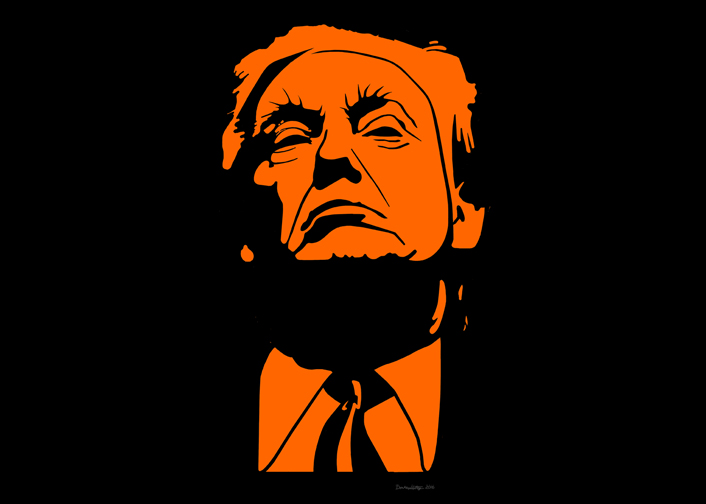 Former President Donald Trump is being deposed by the New York Attorney General’s office Wednesday, and posted a long rambling statement on his Truth Social account saying that he pled the Fifth Amendment and attacking Attorney General Letitia James (D-NY).

Trump began the statement by criticizing James for campaigning “on the policy of ‘Get and Destroy Trump,’” calling the deposition “her despicable attempt to fulfill that cynical, and very corrupt promise.”

The investigation into Trump’s family and business had “wasted countless taxpayer dollars,” Trump continued, while “New York is suffering its worst murder, drug, and over crime rate in many decades.”

The statement went on at length attacking James’ political career and describing her as a “failed politician” and “renegade and out-of-control prosecutor,” and the investigation as “a vindictive and self-serving fishing expedition.”

The ex-president seemed to anticipate criticism regarding his past comments regarding the Fifth Amendment, as multiple Twitter users posted Wednesday morning.

“I once asked, ‘If you’re innocent, why are you taking the Fifth Amendment?’” Trump wrote. The answer, he said, was “[w]hen your family, your company, and all the people in your orbit have become the targets of an unfounded, politically motivated Witch Hunt supported by lawyers, prosecutors, and the Fake News Media, you have no choice.”

And, as is customary, Trumpland social media and political entertainers are defending Trump on pleading the fifth, after cheering him on during his earlier incarnation when he criticized those taking the fifth.

However, the optics are terrible for Trump and the legal implcations are not good in civil cases, where pleading the fifth can be taken as implying guilt.

1. Cannot provide the basis for an adverse inference if you’re prosecuted.

2. Can provide the basis for an adverse inference in civil cases.

3. Can provide the basis for an adverse inference in the court of public opinion.

Thanks for coming to my TED talk.

First president to be impeached twice.

First president to have his home searched by the FBI.

First president to take the Fifth.

It's just so impressive.

Donald Trump is pleading the Fifth Amendment during his deposition with the NY AG today.

Let’s see what Donald Trump has to say about that. pic.twitter.com/hiKKUTmo2K

I am old enough to remember when Presidents did not take the 5th amendment privilege against self-INCRIMINATION.

“You see the mob takes the Fifth. If you're innocent, why are you taking the Fifth Amendment?”https://t.co/o2aeZfo5Pu pic.twitter.com/LRNqQmyOE5

Tremendous hat, many people are strongly saying this pic.twitter.com/lKUyezmi5R

Trump a few years ago: "If you're innocent, why are you taking the Fifth Amendment?"

There’s this former President who regularly said only guilty people plead the fifth. Wonder what he’s up to these days.

“You see the mob takes the Fifth. If you’re innocent, why are you taking the Fifth Amendment?”

In a civil case, pleading the Fifth is effectively a confession.

So her case against Trump became immeasurably stronger today.

Donald Trump pleads the Fifth in NY AG Investigation into his business practices. Sooo, when you said…"You see the mob takes the Fifth. If you're innocent, why are you taking the Fifth Amendment?" tell us Donald, why did you plead the Fifth?

No surprise: after maneuvering and dodging, Trump takes fifth in New York AG inquiry with phony and improper statement about how it’s a witchhunt. Important point: it can be used against him because it’s a civil action.

I recognize it’s the important right of any American to take the Fifth, but it’s worth noting how Hillary Clinton say through 11 hours of public Benghazi testimony and sat with the FBI for 3.5 hours amid her emails—and when Trump faces questions, he takes the Fifth.

Hearing reports Trump took the 5th in his deposition with NY AG this morning, so, reupping this. https://t.co/4KnLCnO4JZ

As Donald Trump was pleading the Fifth like a two-bit mobster, Biden signed a bill to help Vets exposed to toxic burn pits. Your choice: lawbreaker or lawmaker.

Donald Trump has the complete right to invoke the Fifth Amendment.

We have the complete right under the First Amendment to mock him relentlessly for it after all the trash he talked in 2016.

Trump might break Rick Scott’s record today for most times taking the 5th in a deposition.

Trump pleaded the 5th because he’s a criminal & every member of his family, every business associate, ex-wife and lawyer has known this all of his life, NYPD knew it, Mark Burnett knew it, but the most important person who knew it and exploited this info was Vladimir Putin.@GOP