Posted on January 11, 2021
You are here: Home / Featured / Trump calls Georgia governor to pressure him for help axing Biden’s win in the state: governor refuses 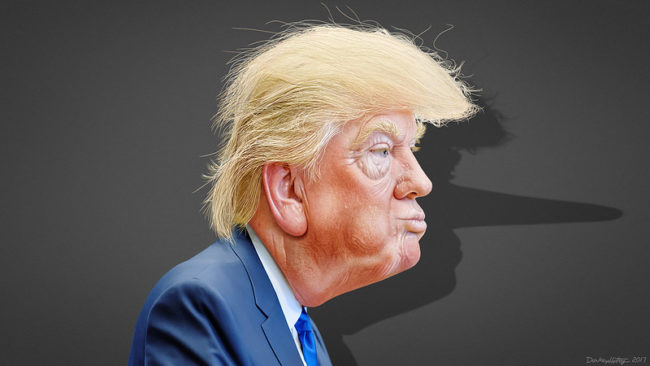 People have been using the phrase “coup attempt” about what Donald Trump is trying to do to overturn Joe Biden’s big 2020 Presidential election victory. And they’ve been criticized for using that word loosely. Perhaps it’s an accurate characterizaion.. The Washington Post reports that Trump called called Georgia Gov. Brian Kemp (R) this morning to try and get him to get the Georgia legislature to overturn Biden’s victory.

President Trump called Georgia Gov. Brian Kemp (R) on Saturday morning to urge him to persuade the state legislature to overturn President-elect Joe Biden’s victory in the state and asked the governor to order an audit of absentee ballot signatures, the latest brazen effort by the president to interfere in the 2020 election.

Hours before he was scheduled to hold a rally in Georgia on behalf of the state’s two GOP senators, Trump pressed Kemp to call a special session of the state legislature to get lawmakers to override the results and appoint electors that would back him, according to a person familiar with the conversation who spoke on the condition of anonymity to describe the private call. He also asked the governor to demand an audit of signatures on mail ballots, something Kemp has previously noted he has no power to do.

Kemp declined the entreaty from Trump, according to the person.

The latest example of Trump’s extraordinary personal effort to overturn Biden’s win comes as his legal team has met with resounding failure in its attempts to use the courts to upend the election. On Friday, the president and his allies suffered legal defeats in six states.

Trump’s attempts to pressure Kemp come amid high political stakes in Georgia, where both Republican Senate incumbents face runoff elections in January that could determine which party controls the upper chamber.

The president is set to headline a campaign rally for Sens. David Perdue and Kelly Loeffler in the state Saturday night — his first major political event since before the Nov. 3 election.

Expect Trump to spend one of the most energetic parts of his rally vilifying Kemp.

One of the phrases that has become almost trite in recent years is “It can’t happen here.” Actually, the United States is now experiencing an unprecedented assault on our democratic system. It involves Trump using repetition to create an alternate reality, which is echoed by most of the conservative “entertainment” political media and most conservative news outlets. It also involves elected Republicans accepting the alternate reality that the election was “rigged” and Trump won due to stunning cowardice. The answer is “Duh…’

Trump’s request is an attempt to overturn an election that by all accounts was fair, legitimate and one of the most secure in American history.

Will there be pushback from GOPers?

Don’t hold your breath or you’ll get blue in the face.

And if you continue to hold your breath you’ll die.

If you still have any shock left in you https://t.co/0A1bHRrKKO

The outgoing president has asked Republican officials in several states to subvert the will of the people and give the election to him.

As I told the President this morning, I’ve publicly called for a signature audit three times (11/20, 11/24, 12/3) to restore confidence in our election process and to ensure that only legal votes are counted in Georgia. #gapol https://t.co/xdXrhf1vI2

Kemp will be thrown under Trump's "bus
tonight in Georgia – In front of the crowd, Trump will
put Kemp through a verbal meat grinder.
And then the prez will vent about the hoax
election.

There will be little to NOTHING for Perdue or
Loeffler. https://t.co/JWKoEyI8jz

The outgoing leader of our country called the leader of a state and demanded he change the results of a free and fair election to his benefit. This is the type of thing that happens in a banana republic, not a democracy.

Not a peep from the Republican Party.

Is trump starting to believe his own bullshit? https://t.co/lggvP75tDh

Charge Trump with sedition on Jan 20, 2021. That afternoon. https://t.co/NzFQlzhmaV

THE PRESIDENT OF THE UNITED STATES CALLED THE GOVERNOR OF GEORGIA TO PRESSURE HIM TO OVERTURN THE ELECTION BIDEN WON SO HE COULD ANNOUNCE AT HIS RALLY TODAY!!!!!

When your candidate has been defeated by over 7 million votes & he’s making money by claiming fraud & refusing to concede, you’re not a freedom fighter because you’re excited for him to keep battling. You’re one of the exploited who’s been duped by a conman who rejects democracy.

Can we lock this idiot up yet?

This overturn-the-election effort is one part fundraising tool to fleece more money from the goobers and one part desperation at the thought of losing his shield against prosecution. https://t.co/lI5cMp6lKA

Trump pressed Kemp to call a special session of the state legislature to get lawmakers to override the results and appoint electors that would back him.

He also asked the governor to demand an audit of signatures on mail ballots, something Kemp has noted he has no power to do. https://t.co/KV88ic5hFR

Trump’s grotesque efforts are unAmerican and an attempt to undermine American democracy. Those Republicans still engaged in a conspiracy of silence are themselves damaging democracy by refusing to defend it. https://t.co/reRiQaEqXy

Donald Trump lost. By a lot.

And in defeat, Trump could care less about a worsening pandemic and stalling economy.

His efforts to steal the election are a national embarrassment. Worse, they damage our democracy.

Trump is the worst president in history.