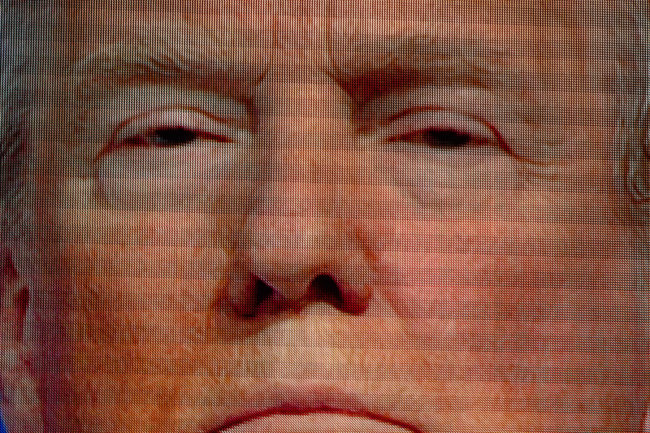 Has President Donald Trump given up on even trying to show he’s engaged in the battle against the coronavirus? It certainly sounds that way.

President Donald Trump derided derided Anthony Fauci as a “disaster” and claimed that Americans have tired of the novel coronavirus during a call with campaign staff on Monday.

Trump then accused Fauci, the top U.S. infectious diseases expert, of providing inconsistent advice about the coronavirus pandemic and claimed baselessly that if he had followed all of Fauci’s advice the United States would have “700,000 to 800,000 deaths right now.”

“People are tired of hearing Fauci and all these idiots, these people, these people that have gotten it wrong. Fauci is a nice guy, he’s been here for 500 years, he called every one of them wrong,” Trump told campaign staffers.

Trump zeroed in on how Fauci and other public health experts changed their position on mask usage early on in the pandemic when more concrete evidence emerged showing face coverings could blunt the asymptomatic spread of the virus. Trump also claimed that Fauci disagreed with his decision to restrict travel from China, despite the fact that Fauci has supported the president’s decision publicly.

“He’s like this wonderful guy, a wonderful sage telling us how he said, do not wear facemasks — that’s a number of months ago. He said, do not close it up to China. I have a list of 15 things,” Trump said. “And yet we keep him. Every time he goes on television there’s always a bomb. But there is a bigger bomb if you fire him. But Fauci is a disaster. I mean, this guy, if I listened to him, we would have 500,000 deaths.”

Some additional background from The Daily Beast, which had this subheadline: “President threw a tantrum about the nation’s top infectious-disease doctor on a campaign call, one day after the NIH expert’s “60 Minutes” interview aired.”

Tension between the president and Fauci and other public-health officials and government scientists working to mitigate the highly contagious virus has been building for months. The divide has been made worse in recent weeks after a Trump campaign ad included footage and a misleading audio clip from Fauci to buttress the president’s widely panned leadership on the virus that has that has infected more than 8 million Americans. Fauci has called out the president for the spot and said it was “in effect, harassing me.”

1. Trump is trying to move on and do what he can to change the subject away from the coronavirus.

2. He is all but officially embracing herd immunity.

3. He again doing one of his his famous hard counterpunches. In a major segment on “60 Minutes” Frauci said he wasn’t surprised Trump contracted the coronavirus after a now notorious “superspreader” event at the White White House.

A big question is: how will all of this play among the important suburban women who polls show turning against Trump in droves. Another: coronavirus cases are on the upswing. How will this play among voters in those states>

Fauci beats @realDonaldTrump 67% to 26%, in terms of who voters trust for accurate Coronavirus info. No wonder Trump is angry at the guy, Fauci’s got better ratings! https://t.co/yO0Q7kYOqu

So today Trump called Tony Fauci a “disaster” and Joe Biden a “criminal” who “should be in jail.” I can’t think of a better description of Trump himself.

220,000 Americans are dead and infection rates are climbing in 43 states.

After deceptively using Dr. Fauci’s words in a TV ad last week, now Trump is attacking him as a “disaster.”

For what? For telling the truth.

We all know who the disaster is here, Mr. President.

Trump’s message two weeks out, based on call with staff:
-Dr. Fauci is a “disaster” who is a “bomb” every time he’s on TV
-Other health officials are “idiots”
-Americans no longer care about the pandemic and just think “whatever”
-News reports are “fake”

Trump mocks Biden for promising to listen to Dr. Fauci and the science on COVID.

As Trump attacks Fauci and calls him a “disaster,” he was just awarded the National Academy of Medicine's first-ever Presidential Citation for Exemplary Leadership