To Infinity and Further Notice 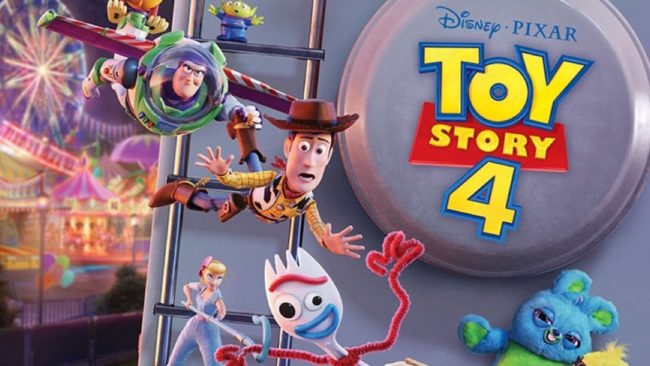 Toy Story 3 contained an unusual amount of darkness for a kids film. Toy Story 4 has been preceded by a number of signs more darkness is in store for the toys (and their viewers). There is a poster that displays Woody posing in a “good-bye-cowboy style” pose. The poster is a darker, “un-toy story” like background, almost like a sunset. Tom Hanks and Tim Allen have both given interviews warning of an “emotional ending.” So much for the hopes of the entire cast reuniting in Andy’s house and Toy Story 4 ending with a revival of “You’ve Got a Friend in Me.” The question is no longer will it be an emotional ending, it is how will be at emotional ending?

Some have speculated (especially after Hanks and Allen’s comments) that one character may make the ultimate sacrifice. Would Pixar really do that? Probably not, it’s still a kids movie. In the days of Harry Potter, many people believed Harry Potter would meet his demise in the final book. It turned out to be not true. JK Rowling claims she never intended to, but there may be another reason. If Harry Potter died, it would damage the franchise. Fewer people would buy the books, DVD’s or merchandise if they knew what ending it was leading to. With Toy Story, it is the same idea. If a toy really was killed, wouldn’t it damage the franchise? The same amount of people would not watch the first three movies replayed, or buy DVDs/Blu-Rays to the same extent if they knew one of their heroes had a death sentence waiting for them in the fourth installment.

That leaves only one other “emotional option,” Pixar has a major “good-bye” moment in the works. But with which characters? Woody and Bo? It must be…unless Buzz and Woody were going their own ways. But that couldn’t be…it would contradict everything the first three movies stood for. The slogan for the whole saga is “You’ve Got A Friend in Me.” Even Toy Story 3 (the darkest movie yet, with a strong message about letting go) ends with a song called “We Belong Together.” Besides, wouldn’t a “Buzz and Woody separation” also wreck the franchise? Walt Disney World just opened a massive expansion devoted to Toy Story. The Toy Story rides in Disneyworld/Disneyland and the short films (Like Toy Story of Terror), as well as the countless “extended universe products” like books and computer/video games all imply Buzz and Woody are always together. Even the products like “Buzz and Woody comforters” and “Buzz and Woody” knapsacks imply this. So Pixar wouldn’t go through with it…or would they?

It turns out Buzz and Woody do in fact go their own ways in this installment. Some have said Toy Story movies are about the stages of childhood, others say they are about “goodbyes” (especially Toy Story 3). Actually they are not stories about childhood, or good-byes, or even about toys. They are all stories about loyalty. Or they were. The ending of Toy Story 4 contradicts the message of the other Toy Story movies. The song lyrics are “You’ve Got a Friend in Me” not “You’ve Got a Friend in Me Until Something Better Comes Along.” National Review ran a Toy Story 4 review that read “It’s as if Dorothy Gale said, “Meh, come to think of it, Kansas sucks” and traded her ruby slippers for a condo off the Yellow Brick Road.” Actually that description more fits Toy Story 3, but same principal.

Now that we know how the story of Buzz and Woody ends (at least for now, as there does seem to be a sequel every nine years or so) can anyone really look at Toy Story Mania in Disneyland/Disneyworld the same way?