The Senate voted Wednesday night to confirm Sen. Jeff Sessions  —  (R-Ala.) as attorney general, capping a vicious debate that left Democrats and Republicans alike seething at times.  —  No Republicans went against Sessions in the 52-47 vote…

The late Charles Addams created a cartoon series given his name that became a television series and a series of movies. And, of course, weird, creepy old Uncle Fester was integral to The Addams Family. But his name has an older meaning:

a. To be or become an increasing source of irritation or poisoning; rankle: bitterness that festered and grew.
b. To be subject to or exist in a condition of decline: allowed the once beautiful park to fester.

To infect, inflame, or corrupt.

A small festering sore or ulcer; a pustule.
[Middle English festren, from festre, fistula, from Old French, from Latin fistula.]

Oh, to be sure, there are already pustules out there: 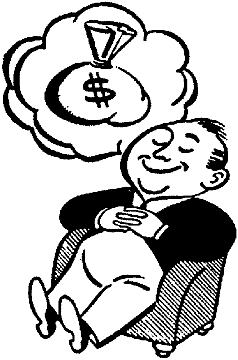 … On October 15, 2016, CMD and Common Cause filed a detailed account of the scheme with the Internal Revenue Service’s Whistleblower Office, backed up by more than 240 exhibits. The submission and all of the supporting documentation can be found at http://www.exposedbycmd.org/2016/10/06/exxon-alec-running-illegal-lobbying-scheme-irs-complaint/.

Between 1998 and 2014, Exxon and its foundation spent more than $1.7 million to finance lobbying activity by ALEC on legislation and public policies that benefit the corporation, while likely improperly and illegally claiming a tax deduction for those expenditures. More than $1 million of that money was given to ALEC while Mr. Tillerson was President and then CEO of Exxon.

Exxon’s collusion with ALEC resulted in the coordinated introduction of scores of bills in state houses across the country, which ALEC promoted and carefully tracked. ALEC boasted of its efforts to win passage of that legislation in press releases and statements to its members. Meanwhile, ALEC fraudulently claimed on its tax returns it spent $0 on lobbying….

And he’s now Secretary of State.

Or this, from my old reporting:

I wrote about the Koch-Walton-DeVos school connection in September 2006:

MARCH 30, 2005
POLITICS: “None of Your Business”
Who is paying for the Put Parents In Charge media campaign?

… Although there is no legal mechanism to discover who is putting money in the campaign to promote the current legislation, a report filed by the political action committee All Children Matter contains the names of some high-powered donors who invested in South Carolina candidates in the 2004 election cycle. These donors include such six-figure contributors as Richard DeVos Jr. of Michigan who has used his Amway fortune to promote school choice, and John Walton of Arkansas, son of Wal-Mart founder Sam Walton and one of five Walton billionaires.”

“Closer to home, two of Saylor’s colleagues on the Greenville County school board were targets of what were called “slash and burn” tactics by All Children Matter. Incumbent board members Debi Bush and Tommie Reece were singled out for harsh attacks contained in two direct-mail pieces, but handily defeated opponents whose campaigns featured broad attacks on public education.”

ACM didn’t quite see it that way, and portrayed their advertising campaign this way on their website:

“During the 2004 elections, the Michigan-based All Children Matter paid for radio ads and mailers [in South Carolina] that promoted candidates supporting tuition tax credits …”

All working in lock-step, it would seem. Rich and O’Keefe* and their LEAD/PIC, Betsy DeVos’ “All Children Matter,” and ACM board member Alex M. Cranberg’s “Alliance For Choice In Education” all working hand-in-glove to end public education as we know it.

[*2017 Eric O’Keefe successfully managed to stop the “John Doe” investigation into his dark money ties to the Scott Walker recall election, after dark money mysteriously altered the balance of the Wisconsin Supreme Court. As co-leader of the “Dump Trump” movement at the RNC, he was somewhat less successful.]

And she’s now Secretary of Edumacashun (in the Bushian Formulation, you know, The Eddycayshun Pres’unt.)

And now Jefferson Beauregard Sessions III has been confirmed at Attorney General of the United States, as opposite Loretta Lynch and Eric Holder as it’s possible to find — if you catch my drift.

It is hard to keep up, friends.

Keith Olbermann listed 50 foulups in the first two weeks, and it’s only gotten worse since then.

Well, at least the last isn’t a fantasy.

In order to control the debate, Senator McConnell of (appropriately) KY used a seldom-invoked rule to silence Senator Warren of Massachusetts. Senator Warren was reading a letter from Coretta Scott King (widow of Martin Luther King, Jr.) about Jeff Sessions’ voter suppression — a letter that helped Jeff Sessions LOSE his nomination to the federal bench in a Republican Senate 30 years ago.

Mr. McConnell felt that this was defamatory to Mr. KKK er, Sessions.

Yeah. In order to get old Jefferson Sessions into running the Justice Department that “preserves, protects and defends” the Constitution, the First Amendment had to be suspended in the US Senate to silence an uppity woman.

Let’s face it: there has NEVER been a more corrupt time in your lifetime. The cheaters, the chiselers, the lawbreakers and the liars have NEVER enjoyed the popularity, acclaim nor power that they currently enjoy. Cheaters and chiselers and swindlers, Oh My!

And the beat goes on. But let’s at least use the right word. And it isn’t “great.”

“Fester.” That’s the word you’re looking for. It’s rather the opposite of “make America great again!“

It’s more like allowed the once beautiful nation to fester.