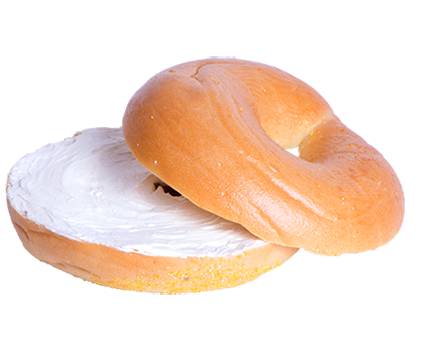 Zabar’s is running low. Tompkins Square Bagels is down to sticks. Pick-a-Bagel has only a few days’ supply left.

All over New York City, bagel makers say, a schmear shortage is threatening one of the most treasured local delicacies: a fresh bagel with cream cheese.

“This is bad. This is very bad,” said Pedro Aguilar, a manager at the Pick-a-Bagel chain, which has several Manhattan locations. On Friday afternoon, Mr. Aguilar said he had only enough cream cheese to last until Monday.

Nick Patta, who has worked at Absolute Bagels on the Upper West Side for 11 years, said his usual supplier in Queens had run out of the shop’s go-to cream cheese brand for the first time that he could remember.

“We went this week and the shelves were empty,” he said.

Supply chain issues have plagued the United States for months, causing scarcities of everything from cars to running shoes. In Alaska, residents are struggling to acquire winter coats.

Now, New York’s bagel purveyors are starting to feel the effects in a sudden and surprising development that has left them scrambling to find and hoard as much cream cheese as they can.

Scott Goldshine, the general manager at Zabar’s, estimated on Friday that he had enough to last 10 days.

“Begging is one of my plans, which I have done, and it’s helped,” Mr. Goldshine said, adding that he had called about eight distributors in recent days. “If anybody’s got it, let them call me.”

New York bagel sellers go through thousands of pounds of cream cheese every few weeks. The recipe for the beloved spread, which according to the Kraft Heinz Company originated in New York sometime in the 1870s, is fairly simple: lactic acid, pasteurized milk and cream. Many shops start their mixes with Philadelphia cream cheese, a Kraft Heinz brand, which arrives on huge pallets.

The pallets are not filled with the Philadelphia cream cheese found on most grocery store shelves: The raw product that comes to bagel shops is unprocessed and unwhipped, said bagel makers, who use it as a base for their own creations. Without that base, they said, the spreads just won’t taste or feel the same, and customers will notice.

But for about three weeks now, dairy suppliers said, the cream cheese orders they have placed with manufacturers have come up short.

“I’ve never been out of cream cheese for 30 years,” said Joseph Yemma, the owner of F&H Dairies in Brooklyn, a dairy product distributor for many of the city’s bagel shops. “There’s no end in sight.”

In interviews with owners and workers at about 20 bagel shops and delis across the city, many said they were frazzled, frustrated and rushing to find cream cheese after learning about the shortage in the past few days.

This will be an extremely traumatic event for a lot of folks: