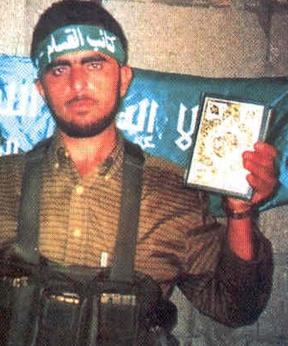 Why is Israel bashing like hockey in Canada, drinking furniture stripper methanol in Russia or shooting in the US – why is it such a popular pastime?

The media and politicians rarely miss a chance to rage against Israel, never seeming cognizant of the following facts and arguments:

Remember first that America’s to-the-hilt backing of Israel – no matter what – has very little to do with Jews – it is all at the behest of 60+ million Christ-clapping Evangelicals who vote Republican, unlike Jews who vote 70% Democrat. This is an important points missed by all sides.

– A near equal number of Jews were turfed out of (about 20) Arab countries without their possessions or money in 1948 as the number of Palestinians evicted at that time. It was a one way trip for those Jews, staggered over the decades depending on the disaster of the day: say… a war, the Iranian Revolution or any average Tuesday under Saddam Hussein’s rule. For 70 years there has been a “Jews Out!” policy for most Arab governments.

– Much of the misery of exiled Palestinians is directly attributable to their vicious treatment at the hands of their Arab brothers. Seventy-two years after 1948 Palestinian refugees and their descendants are still not permitted to naturalize in *any* Arab League country despite being born there. In some – Lebanon for example – they’re also not allowed to own land, get an education or practice a guilded profession (most professions are guilded in the old timey, crony economy of Lebanon).

The Arab League claim this is to keep up the heat on Israel – pointless – while Palestinians in Arab countries live a shadowy half-life as a permanent underclass. On the other side 20% of Israelis are Arabs with full Israeli citizenship. True, many Palestinians in the West Bank and Gaza – land captured by Israel in Arab initiated wars – are denied Israeli citizenship but their real opposite numbers would have to be the current Jewish communities of Saudi Arabia, Algeria, Libya, Iraq, Iran, Syria and Egypt. Oh wait, they don’t exist? Well how ’bout that?

– Israel is a democracy, an imperfect one but hey – we Americans are in no position to huck rocks in that direction now are we?

It is doubtful whether this anti-Israel bias in the western media is anti-Semitism per se – it is more likely the same kind of ill-informed ignorance that gives Islam a free pass by the loony “woke” left.

The woke, never troubled by objective reality, manage to actually assert – often without laughing – that the Islamosphere is a champion of women’s rights: this in one country where women can barely just drive, and others where they can be divorced by a husband’s decree and whose court testimony is worth some fraction of a man’s: all while obliged to wear a bee-keeper suit called a niqab – in the heat. A “champion of women’s rights” idea is deranged, twisted thinking for either fools or the actively mendacious.

While we’re woke: it is notable even Black Lives Matter has a stated position on Palestine. Where that fits in with white cops shooting black Americans is a mystery.

Israel takes flack annually for berserk, orthodox Jewish “hats” disrupting the Tel Aviv’s LGBTQ Parade, which is not as bad as the non-existence of such parades in Tehran, Riyadh or (and these are particularly amusing to imagine): “LGBTQ Karachi” or “Slutwalk Kabul”. Imagine…

In the Arab world, however, the motivating ideology is undoubtedly anti-Semitism. As recently as…well, right now school textbooks in places like Saudi Arabia are fiercely anti-Semitic and have been for generations.

TV talk shows in Egypt and Saudi Arabia run wild conspiracy theories about Zionism, Israel and yes “The Jews” at a velocity that’d scorch Himmler’s conscience. Much of this is tirelessly cataloged and translated by MEMRI.ORG. An hour’s tour around the weapons grade bigotry of Arab media translated by memri.org is a startling field trip into a mad zone of distinctly Arab full metal anti-Semitism.

Throughout the Islamosphere in (state) schools and in polite society Holocaust denial is a given and in some quarters the jist is that the Holocaust didn’t happen but “we’ll make it happen”. The ruling Gaza political party Hamas’ platform references Russian Czarist’s Protocols to the Elders of Zion, historically ground zero of anti-Semitic conspiracy theories and Hamas unashamedly calls for the “elimination” of the Jewish state. These are not reasonable people.

There’s a collective narcissism, a “resentement” as the French call it, about the sorry state of much of the Islamosphere’s polity. The underperformance of most Islamic countries economically, socially and in life flourishing generally is ceaselessly blamed on the West, Zionists and everybody’s favorite scapegoat…”The Jews”. It is a constant refrain and part of the intellectual furniture from Morocco to Indonesia.

Israel is not a perfect state, far from it, particularly lately with war monger Netanyahu in charge – one step ahead of prosecutors. Treatment of the Palestinians is harsh and even given the expedient circumstances (exploding busses and pizzarias, economic blockades, travel bans etc.) they get a raw deal. Which is getting worse thanks to Trump’s pandering to the Christ clappers who can’t even find America on a map. For a superpower our country is all out of ideas.

But still: there’s a glaring moral chasm between an imperfect Israeli, Western-style democracy on one side and genocidal rage on the other. If you don’t see that you’re not “woke”: you’re asleep.

David Anderson is an Australian-American writer and attorney in New York City with a degree in Middle East politics and psychology and a background in finance and law.

PHOTO by By B. Železník – Own work, Public Domain, Link