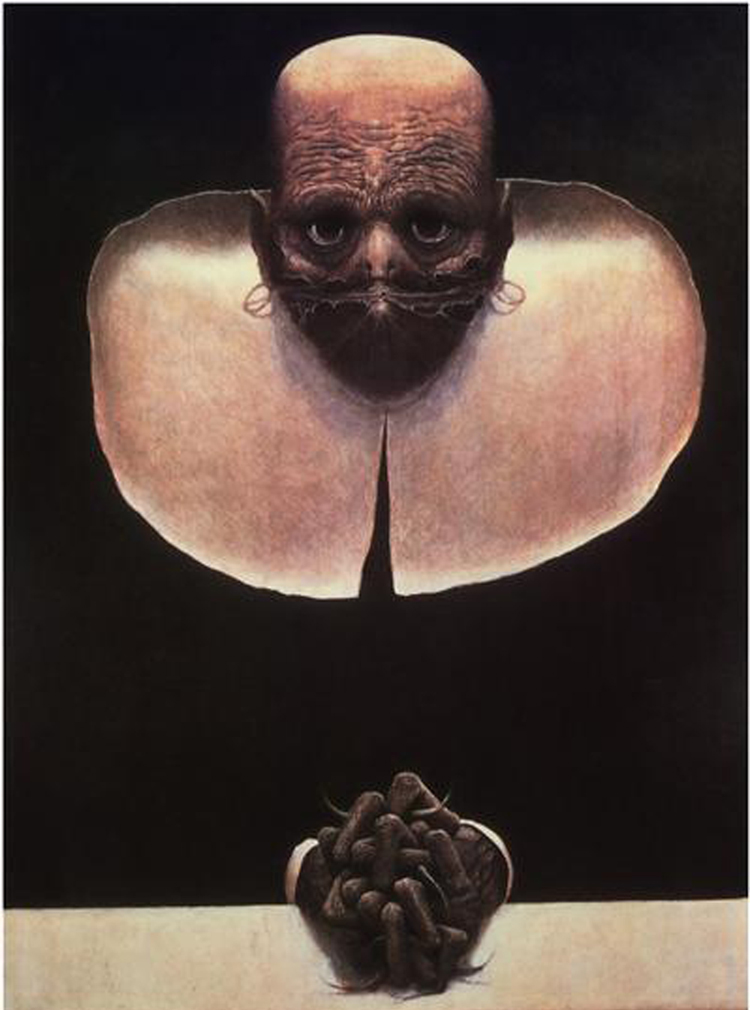 “If you could separate causes from results, if you could know that Paine, Marx, Jefferson, Lenin were results, not causes, you might survive. But that, you cannot know. For the quality of owning freezes you forever into “I”, and cuts you off forever from the “we”.” – John Steinbeck

As I watched the comically magisterial Mitch McConnell make his closing remarks before the Senate following its refusal to convict Donald Trump for incitement of insurrection, I thought of McConnell’s imploding party and the likelihood of its members falling upon each other like a pack of rabid wolves fighting over the bloody carcass of the Grand Old Party. But whatever it is that emerges from this party’s zeal for degeneracy can never extinguish the contempt with which it will be remembered in history. While the Grand Old Party has been the party of disoriented curmudgeons like McConnell, now easily pushed aside by younger, hungrier members of the new Republican Party – the Democratic Party is where America is actually happening, and its brand is entirely in step with the demographic changes that will reshape the America of the next 30 years.

Whenever I’m not thinking about the damage that can be done to America by the fascist politics of Donald Trump and his Villain Caucus, I think about how excited I am at the emergence of the New Democratic Party: its recognition of the power of diversity and the human capital it brings; its acknowledgement of the critical importance of a thriving middle class; and its inherent ability to adapt to rapid change by finding new solutions with new innovations. Mitch McConnell smirks as he proclaims that Conservatism will stem the disruptive tide of change as floodwaters begin to pool at his feet. He is Homer’s Polyphemus, the cyclops who was tricked and then blinded by a clever Odysseus.

This Villain Caucus was never intended to be a solution to anything. It is the bellowing of imbeciles, an army of halfwits, who represent nothing but the Wrath of Grapes.

And so, Donald Trump, a figure so loathsome, so thoroughly vile, was acquitted of his crimes so that he might continue to reign over his Villain Caucus. The GOP is now a Whited Sepulcher, as Joseph Conrad described imperial Belgium in his “Heart of Darkness”. A party of hypocrisy hiding within a hallowed structure of decency and power inside American democracy.

A political analyst said recently: Donald Trump has turned democracy into a bomb that only he can dismantle. But I don’t think that is even remotely true.

American democracy is above all, a conversation. It is categorically distinct from the way in which power had always been distributed prior to its birth in 18th century America. In 1831, Alexis de Tocqueville, a French aristocrat and political philosopher, was sent to America to study its political structure and wrote his famous book entitled: “Democracy in America”. He observed that: “Amongst the novel objects that attracted my attention during my stay in the United States, nothing struck me more forcibly than the general equality of conditions.” Of course, the equality he observed then was not the equality that we seek today. But in the early 19th century, what de Tocqueville observed was a unique social structure that was characterized by the equalizing of social conditions and a decentralized distribution of power that had led to a national habit of conversation and debate among what he referred to as “associations of individuals” with shared interests.

But for the last four years – almost two centuries after de Tocqueville began his travels across our nation – America has been faced with the threat of devolving backward – because, over the course of 50 years, we have lost our ability to “separate causes from results”. We can no longer discern the truth of one party’s claims over another because all we pay attention to are slogans, marketing short-cuts meant to sway opinion, but never to inform.

The preparations for this contemporary abandonment of the tenets of American democracy began with the Nixon administration. He and his party’s Southern Strategy were a deliberate weaponization of de Tocqueville’s “associations”. The Southern Strategy transformed them from groups that made America into a prodigious source of ingenuity and moral, political, and intellectual excellence – into a babel of incoherence.

From Nixon onward, the Republican Party has ruthlessly severed the ties of shared American citizenship, as it conceived and marketed islands of exceedingly narrow identities that were no longer able to speak to others – no longer able to understand each other. They created an America where personal identity is defined by hobbies: gun enthusiasts, religious fantasists, and astrologists to the unborn. And as the fruits of science now provide access to billions of human beings, less and less knowledge is communicated, much less mastered. There are few of de Tocqueville’s “associations” left in America, as citizens increasingly parallel play with others instead of seeking a more perfect union.

And today’s dissolution of the GOP is the bitter fruit of their implacable assault on our “march of equality”, as de Tocqueville put it.

According to the Constitutional Rights Foundation https://www.crf-usa.org/: “de Tocqueville wondered how American citizens learned about the law and their rights. Public schools, even at an elementary level, hardly existed outside of New England. Newspapers helped to inform the public, but the majority of Americans could not read. De Tocqueville discovered that the courtroom and jury actually served as a “free school” for civic education. “I do not know whether a jury is useful to the parties involved,” de Tocqueville wrote, “but I am sure it is very good for those who have to decide the case.” De Tocqueville also wrote that juries “…make all men feel that they have duties toward society and that they take a share in its government.”

Donald Trump’s two impeachments, and Mitch McConnell’s naked hypocrisy have provided us with an invaluable “civic education”. And the last four years have given us another opportunity to re-imagine democracy in America. American government doesn’t have to be the whited sepulcher of this dying Republican Party. American government is what it always has been – pure potential. In the last sentence of “Democracy in America”, de Tocqueville wrote about the fate of Americans and all others who would choose the path of equality:

“It depends on themselves whether equality is to lead to servitude or freedom, knowledge or barbarism, prosperity or wretchedness.”