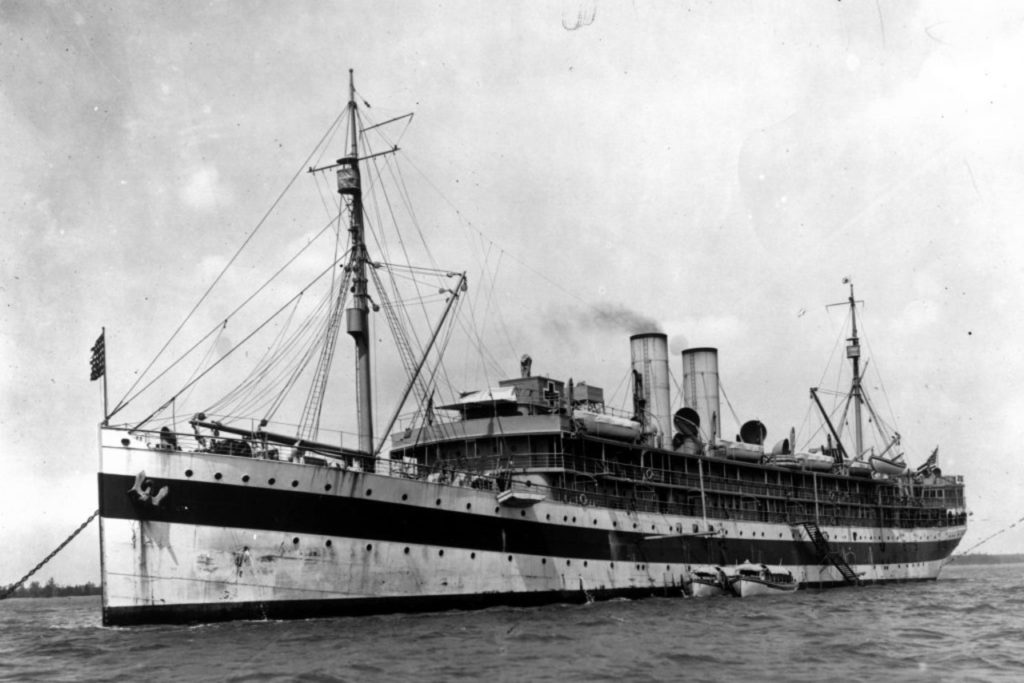 As the USNS Mercy and USNS Comfort are deploying to Los Angeles and New York, respectively, to assist the people in both cities in the fight against the coronavirus, the ships and their crews are capturing the nation’s attention and gratitude. 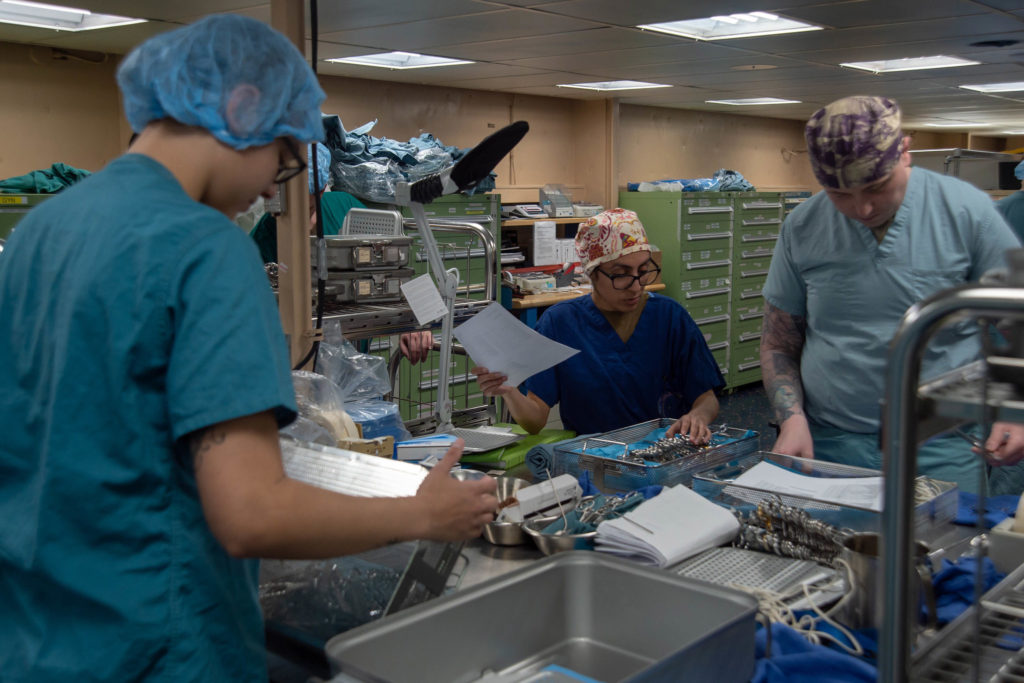 While, their stateside deployment during a global pandemic takes these ships onto “uncharted waters,”* civilian “humanitarian assistance and disaster response operations have long been the clarion call for hospital ships,” along with their traditional mission of supporting the troops during naval operations.

The following is the majority of a great article by André B. Sobocinski, Historian, US Navy Bureau of Medicine and Surgery that appeared in a DoD feature, “Know Your Military,” March 27.

Hospital ships have played pivotal roles in naval operations since the early days of the republic. During the Barbary Wars, Commodore Edward Preble ordered that the USS Intrepid be used as a hospital ship. The reconfiguration of this former bomb-ketch — a type of wooden ship that carried mortars as its primary armament — in 1803 marks the standard for almost all hospital ships used thereafter. To date, only the USS Relief was built from the keel up to serve as a hospital ship. All other ships — including the Mercy and the Comfort — were converted from other uses, whether as super tankers, troop transports or passenger liners.

Whether it was the USS Red Rover transporting patients up the Mississippi to Mound Island, Missouri, during the Civil War or the USS Solace taking wounded Marines from Iwo Jima to a Guam hospital, ships have long served in the capacity of ambulance ships.

Throughout the 19th and early 20th centuries, a host of Navy ships was sent around the country to serve as “station hospitals” for burgeoning naval bases.

From the 1850s until the early 1860s, the supply ships USS Warren and USS Independence operated at Mare Island, California, until shore facilities were constructed. Decades later, the Navy employed the former gunboat USS Nipsic at the Puget Sound Navy Yard, Washington, to serve as a predecessor to Naval Hospital Bremerton (Puget Sound). And from 1953 until 1957, the hospital ship USS Haven served as a station hospital at Long Beach, California, supporting medical activities in the 11th Naval District.

Humanitarian assistance and disaster response operations have long been the clarion call for hospital ships. In March 1933 — following the devastating earthquake that hit Long Beach — the USS Relief sent teams of physicians and hospital corpsmen ashore to help treat casualties. Following the Loma Prieta earthquake in October 1989, the USNS Mercy — then moored in Oakland, California — provided food and shelter for hundreds of disaster victims.

Since 2001, USNS Comfort and USNS Mercy have taken part in some 19 humanitarian assistance and disaster response missions — such as U.S. Southern Command’s Continuing Promise medical exercise series and Operation Unified Assistance, the military response to a 2004 earthquake and tsunami in the Indian Ocean — and treated more than 550,000 patients. But of these missions, only two were stateside deployments.

The Comfort was sent to New York City following the attacks on Sept. 11, 2001. 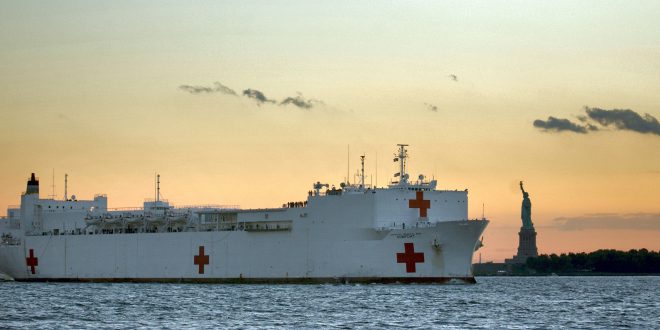 The USNS Comfort passes the Statue of Liberty enroute to Manhattan to aid victims of the Sept. 11 terrorist attack on the World Trade Center. U.S. Navy Photo by Journalist 1st Class Preston Keres.

Originally envisioned as a floating trauma hospital for the victims of the twin towers’ collapse after the 9/11 attacks, the ship’s mission changed when it became clear there were not the large numbers of injured expected. Vice Adm. (Dr.) Michael Cowan, Navy surgeon general in 2001, recalled that New York’s Emergency Management Office stated the city was being overwhelmed by the needs of the displaced and relief workers.

“The island didn’t have facilities to support the firemen and rescuers and police digging through the rubble and sleeping on the hood of their engines,” Cowan said. “They were becoming dirty, going without water as they worked in harsh environments.” The city requested that the Comfort provide humanitarian services while docked close to the site.

From Sept. 14 to Oct. 1, the Comfort provided hot meals, showers, beds and clean clothes to about 1,000 relief workers a day from its temporary home at Pier 92 in Manhattan.

Following Hurricane Katrina in 2005, the Comfort deployed to the Gulf Coast, where it treated 1,258 patients at Pascagoula, Mississippi and New Orleans.

When commissioned on Dec. 28, 1920, the USS Relief [below] could boast the same amenities as the most modern hospitals at the time: large corridors and elevators for transporting patients and fully equipped surgical operating rooms, wards, galleys, pantries, wash rooms, laboratories and dispensaries, as well as a sterilizing/disinfecting room, all with tiled flooring. 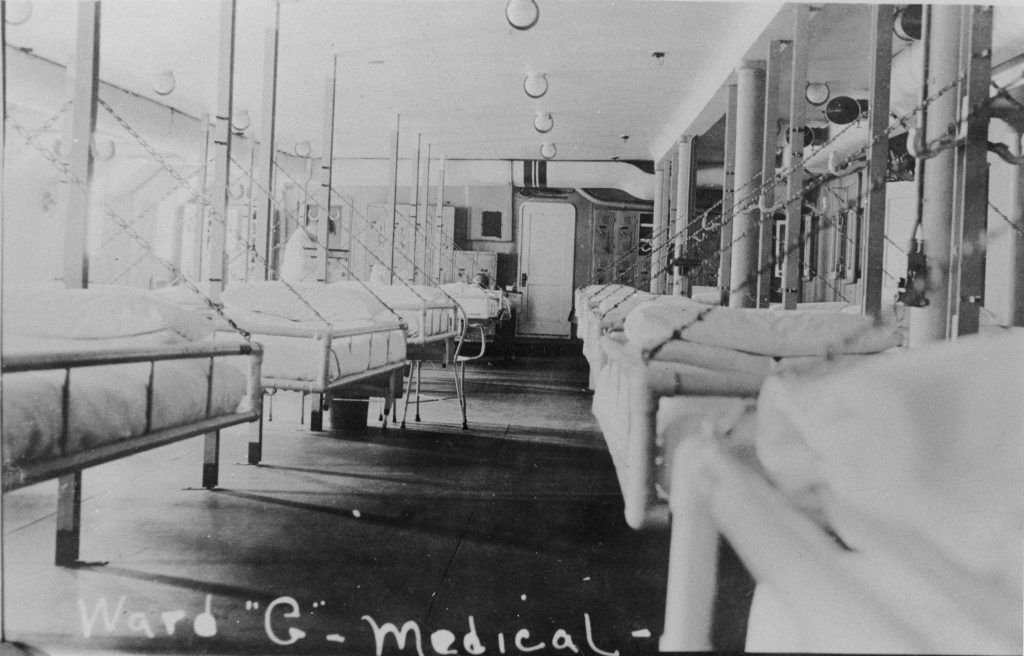 The Mercy and the Comfort are no different in this regard and are comparable to some of the largest trauma hospitals in the United States. Each ship has 12 fully equipped operating rooms, a bed capacity of 1,000, and digital radiological services, medical laboratories, full-serve pharmacies, blood banks, medical equipment repair shops, prosthetics and physical therapy. 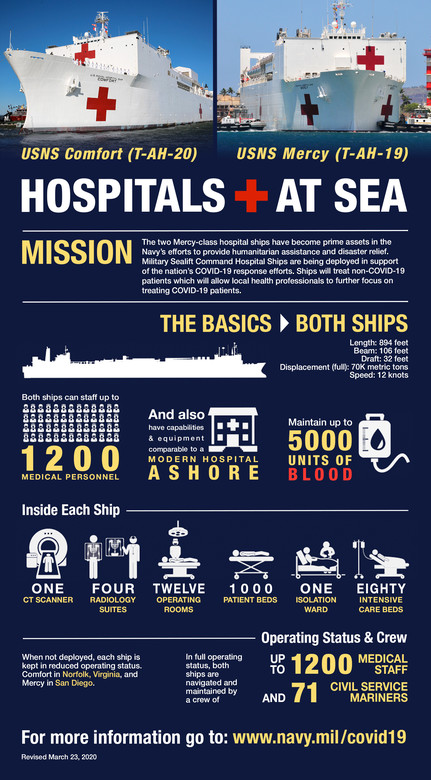 Each emblazoned with nine red crosses and stretching 894 feet in length — the size of three football fields — the Mercy and Comfort remain powerful symbols of medical care and hope during the darkest times.

* During the great influenza pandemic of 1918, the Comfort and the Mercy [predecessors of today’s Comfort and Mercy] were each briefly stationed in New York, where they took care of overflow patients from the 3rd Naval District before returning to the fleet and sailing across the Atlantic Ocean. Along with the USS Solace, these ships ferried thousands of wounded and sick — including some with virulent cases of the flu — back to stateside facilities.