You are here: Home / Politics / The Real Reason Why The Far-Left Doesn’t Trust Biden 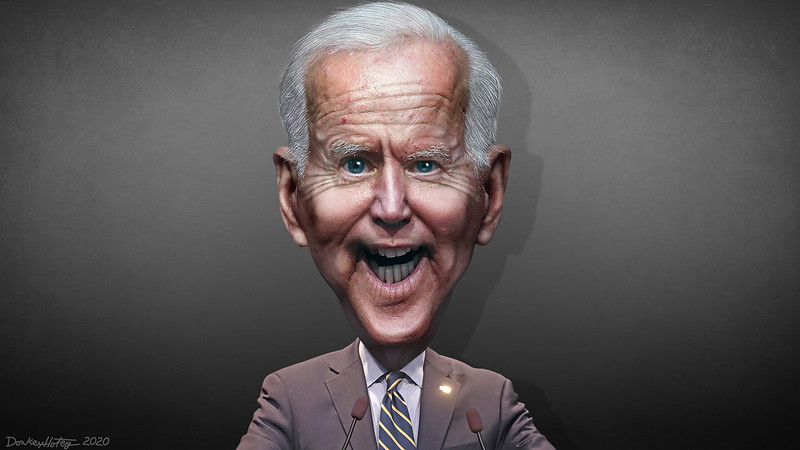 Senator Sanders has finally accepted former Vice President Biden’s inevitability, but have all of Sanders’ supporters? It seems some of the Vermont senator’s supporters are considering flocking to Trump, in an attempt to “win by losing” and clear the path for a more progressive candidate in 2024. Politico reports that  “The 77-year-old Biden still has a ways to go with all younger voters.”  This article goes on to report that despite how many of Sander’s younger voters are accepting Biden, they are only doing so with great reluctance and out of fear of a second term of President Trump.

This isn’t the first time disgruntled progressive voters have resorted to this. In 2016, there were in fact a number of Sanders supporters who voted for Trump. Disenfranchised Sanders supporters are not the only obstacle Biden faces when trying to court the far-left. ABC correctly points out that while the former Vice President is currently holding his own in the polls, he lacks enthusiastic voters.

This is not much of a surprise. As the Politico article points out, Biden has never been (and still is not) a favorite with the far left. In general, Biden experiences difficulty while appealing to younger voters. Why did it take so long for the younger Sanders supporters to finally come to terms with  Biden? And why were they so adamant against Biden in the first place?  Is it because of his age? Sanders is close in age. Mayor Buttigieg, a much younger candidate, experienced an identical challenge while trying to appeal to younger progressive voters. Buttigieg endured heckling at many of his rallies, not from homophobic protesters but from LGBT members who did not approve of the way Buttigieg represented them. The Guardian covered one such incident.  “You’re homophobes, that’s what you all are, you’re homophobes!” a Buttigieg supporter yelled at the protesters after the event.

“We’re all gay!” a protester responded.

Politico analyzed why Mayor Buttigieg struggled to appeal to younger voters as well as the far left. Politico refers to a writer from Out magazine that attacks Buttigieg declaring “if he (Buttigieg) had balls he’d run as the Republican he is against Trump in the primary.”

“In the eyes of radicalized young leftists, Buttigieg isn’t just an ideological foe, he’s worse than that: He’s a square.” Like Mayor Pete, Biden is a square.

America has rejected socialism for now, but will young voters ever accept squarism? Senator Amy Klobuchar has withdrawn from the list of Vice President contenders.  Biden has already committed to choosing a woman, and is under enormous pressure by progressives to select a woman of color.

However, with the current situation, the anti-square may not be a relevant voter in this election. And to defeat Trump, it is essential to win states like Pennsylvania, where far-left younger voters do not necessarily compensate for a lot of the population. With support of educated and independent voters, Biden may well be able win without the support of non-squares. According to CNBC, Biden is enjoying a wave of support from health care professionals. At last report, the public is growing increasingly frustrated with Trump’s handling of the coronavirus. Some polls even show Biden leading Trump in conservative Arizona.