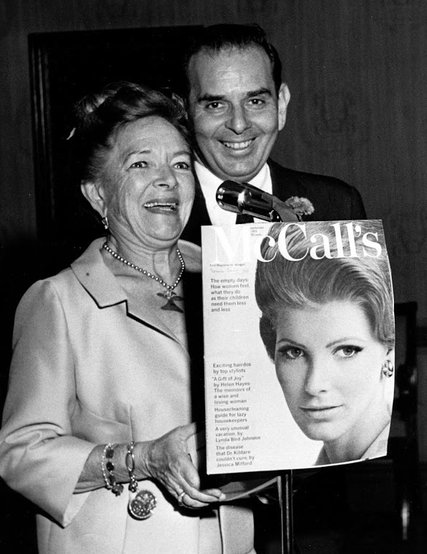 The New York Times, celebrates late TMV contributor Robert Stein’s career. The Times says he helped expand the scope of women’s magazines in the early stages of the modern women’s movement, published articles about race and politics and introduced readers to the nascent writings of feminist leaders like Betty Friedan and Gloria Steinem. [icopyright one button toolbar]

EDITOR’S UPDATE: Many people of all ages and political persuasions who read Robert Steins blog writings in his later years marveled at his from-the-heart writing style and also his role is so many facets of journalism and media in the late twentieth century in particular. Several mention his columns on Marilyn Monroe, who he had interviewed and known. Here are three MUST READS that tell you a lot about Robert Stein and how he felt about those who he interviewed, and how he thought.

Here’s a particularly poignant one from his blog, cross-posted in full:

Marilyn Monroe: A User’s Manual
“Why,” she asked me in 1955, “do they print things about me that aren’t true?”

Marilyn Monroe was only a superstar then, not yet a legend who, almost half a century after death, is now on the cover of Vanity Fair. Three films about her are in the works, and a journalist just came from France to interview me about the week I spent reporting on her in New York.

Back then, I answered Marilyn’s question: “Because pictures of you sell papers and magazines, and when there’s no excuse for running them, they’ll print rumors, gossip, anything they can get.” Something pushed me to go further. “They’re not trying to hurt you, just use you.”

Marilyn looked at me with a flinching smile that said she knew all about being used, and I recalled a story about her as a starlet: When a studio executive had sent for her to show a magazine publisher her breasts and lifted her sweater, she had never stopped smiling.

Now, in the era of Lindsay Lohan et al, Marilyn is still being used to sell books, magazines and movies, but the use was always mutual.

That week in 1955, she was at the Actors Studio to study for parts like Grushenka in “The Brothers Karamazov.” The papers dug out cliches about comedians who want to play Hamlet, underlining their ridicule with photos from “The Seven Year Itch,” Marilyn on a subway grate, an updraft billowing a white dress over her hips.

When she married Arthur Miller, a headline read “Egghead Weds Hourglass,” but a few years later, after he had publicly described her as an “Earth Mother,” she was devastated to discover a diary entry by Miller complaining she embarrassed him in front of his friends.

Miller used her more than anyone else. As their marriage was falling apart, he wrote “The Misfits,” a movie that exploited Marilyn’s psychic fragility, and after her death, wrote “After the Fall,” a play that portrayed her as a shrill harridan.

In her 36 years, Marilyn Monroe lived in a world where people (including those like me) use one another ruthlessly, but there was one exception–Joe DiMaggio.

Even after their divorce, DiMaggio was always there to take care of her when she was in distress and, after her death, kept the funeral private and sent flowers to her grave three times a week. And never said a word about her publicly.

Whether she was aware of it or not, Marilyn Monroe had known true love.

And, indeed, related to this one:

A Wedding Anniversary
One of those “This Day in History” items recalls that Marilyn Monroe and Joe DiMaggio were married on January 14, 1954 and brings back a flood of memories.

I met DiMaggio soon after their divorce the next year, when Marilyn came to New York and Joe, still in love with her as he would always be, confided how happy he was that she was getting away from “that Hollywood crowd.”

Five years after Marilyn’s death, the story I wanted as a magazine editor was Joe’s. He had arranged her funeral, kept it private and was still sending flowers to her grave three times a week but had not said a word about her.

He invited me to his New York suite at cocktail time and poured a drink. There were half a dozen men there, and it became clear he wanted me to sit at the edge of his circle, listening to locker—room banter, while he eyed me once in a while, freshened my drink and made up his mind about talking to me.

He was a matador surrounded by his entourage. Two men in business suits came in for a Polaroid picture. With DiMaggio’s arms draped over them, years fell from their middle-aged faces. They were boys in the embrace of their boyhood hero. It recalled Gay Talese’s Esquire piece about Joe’s honeymoon with Marilyn. She went to Korea to entertain American troops. He stayed in Japan, and when she came back, Marilyn told him about her reception by 100,000 servicemen: “Joe, you never heard such cheering.” “Yes, I have,” he said.

The evening ground on, the friends chattered, Joe said little. Finally I asked, “Could we talk?“ “Tomorrow morning,” he said. “Come up about ten.”

When I arrived, he was packing his bags. I talked as he kept putting shirts, socks and underwear into a suitcase. He never looked up.

I told him I didn’t want to intrude, but it was my job to ask if he would ever say anything about Marilyn. If he did, he could trust me to make sure it came out right.

He was still staring into the suitcase, but I could see his eyes clouding. His jaw muscles tightened. For a long minute, he was silent.

“I could never talk about her,” he finally said in a choked voice. “Never.”

Another must read is his Nov. 2005 piece for American Heritage titled: “Do You Want To See Her?”
An ambitious young magazine editor and a tormented photographer together discovered a Marilyn Monroe nobody knew” GO HERE to read it in full.