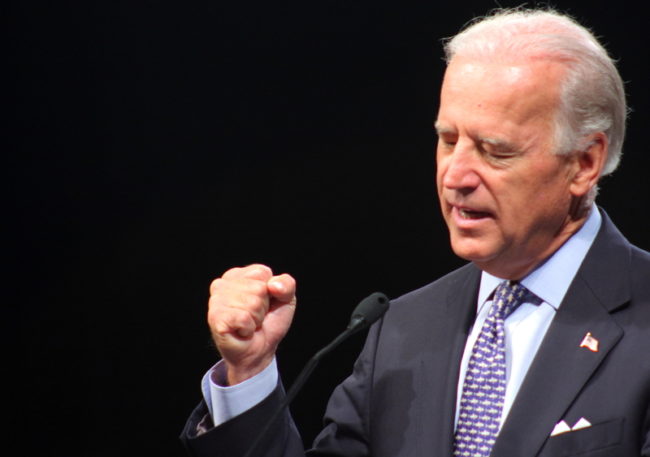 The first 100 days of the Biden presidency are long gone. Vaccine distribution is well underway, despite the rise of the Delta variant. President Biden must now analyze his agenda for the next phase of the pandemic, and the remainder of his presidency. The first 100 days agenda is just a gimmick. What really matters are the first 365 days, but even that window is now more than half-closed.

In President Obama’s 2012 re-election campaign we did not see the “yes we can” slogan resurface. The rationale may have been because there was no universal health care or energy reform. In other words, Obama did not do many of the things he “yes we can’d” about. In 2009, Bill Maher called on President Obama to combine his policy ideas with George Bush’s attitude(being able to successfully pursue unpopular ideas like the war in Iraq). President Biden is in a similar position where he needs to combine his ideas with the perseverance of Presidents Bush and Reagan. President Reagan introduced his Reagan-nomics, now is the time for Biden-nomics.

“Historically, Presidents have to make their hay in the first year or two.” Maher went on to point out that while he was opposed to Bush’s agenda, he admired Bush’s ability to aggressively pursue his policies. Maher explained while he did support President Obama, the honeymoon was over.

President Biden’s honeymoon (if he ever had one)is over, especially after the disastrous withdrawal from Afghanistan. President Biden’s approval among independents is at a new low. Changes in the House demographic, combined with the fact the incumbent party usually loses seats in the first midterm means that the President has a limited window of opportunity to work with full control of Congress. As the Democrats only hold a slim majority in the House, and it is more essential than ever that President Biden act quickly. Ronald Reagan was able to accomplish quite a bit in just one year and he did so even without his party controlling the House.

While President Biden must indeed prioritize dealing with the pandemic, there is other legislation he must pursue at the same time. Thanks to his connections in the Senate, and his past experience as Vice-President, Biden has the potential to do some of the things Obama “yes we can’d” about.

Many called for Obama to install a public option for healthcare. Biden may not necessarily have the ability to do that, but he may not need one. There has been continued controversy over a public option, but true health care reform would be legislation that allowed the public to cross state lines to buy health insurance. This would result in a true capitalist system, and may drive down health care prices. While Biden must prioritize the pandemic, making health care more affordable and dealing with the pandemic go hand in hand.


Another critical issue that must be addressed before the midterms is energy independence. Obama did pursue this but not aggressively enough. Biden has laid out his strategy for solar energy. However, President Roosevelt transformed the automobile industry almost overnight into a “wartime mode.” He established the War Production Board. The auto industry was called on to produce military equipment like tanks. While many automobile companies are independently taking steps to manufacture electric cars by dates like 2030, President Biden could accelerate the process by applying the same strategy that FDR did.

Speaking of the environment, according to NPR, every day more than 11,000 unwanted animals are euthanized. In some countries, like the Netherlands, stray animals are non-existent due to strict regulation of the animal trade. The first and most important rule for a “no-strays” country is free neutering and spaying services. This is essential because that is how the majority of strays come to be. The public obtains animals they cannot care for, and end up abandoning them. In the long term, this will save money on euthanizing abandoned animals, dealing with strays and there would be less demand for resources to help stray and abused animals. Here in New York City, the GOP candidate for mayor, Curtis Sliwa is calling to transform New York City into a no-kill city. This should set an example for other politicians, including President Biden. It would not go over well with environmentalists if the GOP candidate for mayor was a bigger ally to animals than the leader of the Democratic party.

When FDR was president, he made it a top priority to put an end to prohibition. Biden has the potential to be an “Franklin Roosevelt 2.0.” Legalizing marijuana would generate considerable income to lower the enormous debt created as a result of the stimulus package. It could also generate money needed to help fund programs like Medicare.

The House has already passed the Equality Act, which is now on its way to the Senate. One can argue this may be more important for LGBT rights than gay marriage, as not all LGBT people wish to be married, but they all require employment. President Biden has promised to pass the Equality Act within his first 100 days in office. That deadline has long passed, will it remain a priority?

It is unknown yet if the Afghanistan withdrawal caused irreversible damage to President Biden’s legacy. Clinton and Reagan both experienced foreign policy mishaps(Reagan in Lebanon, and Clinton in Somalia). Both presidents recovered. However, unlike Clinton and Reagan, Biden is likely not running for re-election, and has much less time to recover. Biden ran on the platform of experience, and does not have the luxury to make such mistakes like Afghanistan.


Biden has just as much on his plate as President Franklin Roosevelt did, but less time. If Biden fails to act on these ideas, the Democrats will lose the midterm election, which will result in him having even less power to accomplish this. It is well known that the party in power often suffers losses in it’s first midterm. Biden has a chance to be immune to this political pattern. If he acts boldly and radically with these centrist ideas he will heal the economy, which is essential if he has any chance to recover from the Afghanistan disaster.

Bill Maher ended his commentary by saying “higher taxes on the rich, universal health care, these are not radical ideas.” Legalizing marijuana , energy reform, strict regulation of the animal trade and permission to cross state lines to buy health insurance are even more reasonable, centrist ideas. Like Obama, Biden has a window of opportunity, and Biden’s window is closing faster. Lighting never strikes the same place twice, but Biden may only need one bolt of lighting.