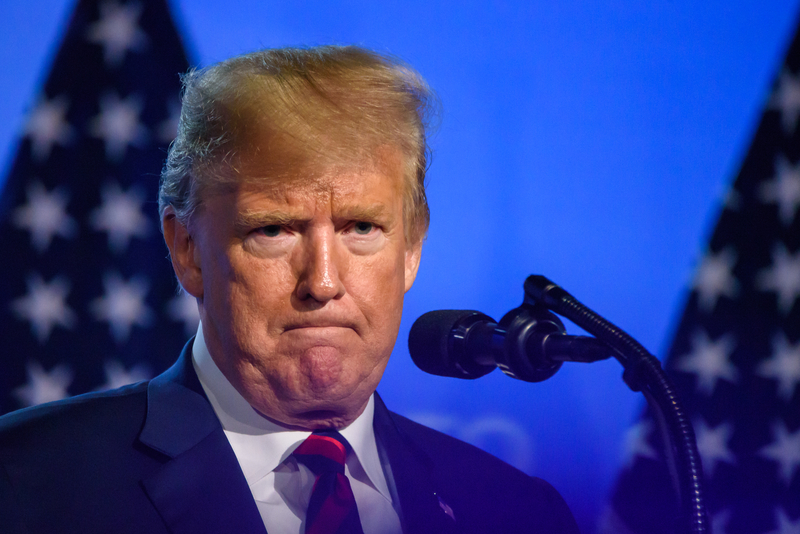 The term “loser” has haunted Donald Trump since his childhood, but even moreso as an adult. To “The Donald,” the worst epithet in the world is loser. He has some deep psychological fear of people thinking of him as a loser. This need to avoid being labeled, or thought of as a loser has motivated a number of his actions, some of which have been illegal or ethically questionable. He has lied about his grades and class standings in prep school and his colleges, and has threatened to sue his schools if they released his grades or SAT scores. He has bragged that he is a genius when his general knowledge is known to be paltry (Finland as part of Russia?).

To provide extra protection for himself against others describing him as a loser, he has exaggerated his wealth and dismissed his bankruptcies and debts as the machinations of a smart businessman taking advantage of establishment rules. He has denigrated the elites when he has been unable to buy acceptance and has denounced and insulted institutions that have rejected him. Trump has always been a boor and a bully, his behavior keeping him from the status he so ardently desires. Discerning people see him for who is and want nothing to do with him.

Since he has been involved in politics, it has become even more important for him to cast off any suggestion he is a loser. Trump refuses to acknowledge that he lost the 2020 election and claims that it was stolen from him by Biden and the Democrats. (According to Trump, losing the popular vote to Hillary Clinton in 2016 was because illegal immigrants had voted.) Even before the 2020 election, when the polls had him lagging behind Biden, he claimed that the election was going to be rigged, giving him an excuse when he believed he might lose.

Many people in America perceive Trump as a riveting orator and entertainer, particularly those leaning right. If those in his base lack knowledge of the facts, they readily accept what he tells them as the truth. They are unwilling or unable to independently seek out the facts and instead listen to those in the media and politicians who back Trump’s lies. Trump does not care about the damage he has done to America’s democracy and democratic institutions.

His actions since the election, with his initial efforts to overturn the results and the January 6th attack on the capitol at his behest, have been unlawful. Trump’s behavior has completely ignored past political norms in his quest to prevent his being labeled a loser. Asking Republican state officials to “find” votes for him to overcome his deficits in those states certainly sounds like a president pressuring people in lower government positions to do his bidding and cheat the voters out of their choice. Is this not a criminal act for which he should be punished? Even at this late date, he is still pursuing ways to overturn the election. Trump’s continued unwillingness to accept his loss suggest a disconnect from reality and serious psychiatric illness.

Because he has been able to convince so many of his followers that the election was stolen, Trump has driven a deeper cleft between the right and the left, in elected officials as well as in the general public. This has made it difficult for governmental bodies on a federal level to pass necessary legislation because of increased polarization between the parties that he has further inflamed. Aside from a few brave souls, Republican elected to office at all levels have publicly backed Trump’s assertion that the election was stolen, afraid that Trump might turn his base of believers against them if they acknowledge that he lost. Privately, however, many of them recognize that Trump did actually lose the election.

In many Republican dominated states, elected officials and state legislatures have been changing the laws to make it more difficult for minorities and people of color to vote, because they tend to support Democrats. This is being done based on the lie that the last presidential election was stolen and to prevent it from happening again.

It is close to two years now after the 2020 election and Trump persists in spreading his lies and denying that he lost. He is willing to subvert American democracy merely so that he will not be known as a loser. But in fact, he is the ultimate loser, a traitor to his country, because of the harm he has caused to the American system of government. A loser is a loser and Trump has well earned his reputation as a loser by those Americans who are aware of the truth.