Posted on July 27, 2022
You are here: Home / Economy / The Infrastructure Initiative: A Winner for All 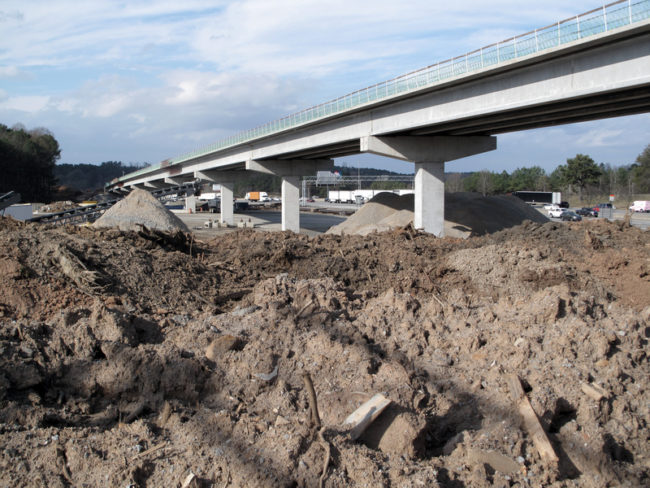 Recent past presidents have talked infrastructure, but until now nothing has been done. One must go back to the 1950s Eisenhower administration to find a major government-funded infrastructure initiative- building the interstate freeway system. Since then it has been local and state governments, in conjunction with private businesses, that have done infrastructure repairs, on a patchwork basis.

Finally, we have a national initiative that may be signed into law. To assure its passage President Biden should address the three areas of disagreement. Addressing who will benefit, the simple answer is everyone, at all levels, because the economy will soar. It will be a win for capitalism because all businesses, from the smallest sole proprietorships to the largest corporations, will have increased access to customers, increased efficiency, decreased costs, and increased profits. The American manufacturing sector will benefit, especially if the President stipulates that all materials used in the projects be made in America.

All levels of government will benefit because increased economic activity will generate increased tax dollars. Our global economic posture will benefit because we will be better able to compete with China and other economies. American foreign policy will benefit because a stronger economy will allow us to better support a stronger global presence. And American workers and their families will benefit, in different ways. More jobs will become available, and these jobs are more likely to be higher paying, with benefits. Increased tax dollars mean that governments at all levels will have more resources to help those that still need help. Democrats, Republicans, and Independents should all be happy!

Second, who will oversee the projects. In the past major American infrastructure projects have all been public/private partnerships. These projects have been successful, so we should emulate the past. Given that 2 trillion dollars will come from the federal level, the federal government should have overall oversight. Which state and local governments and which businesses will be involved depends on the specific project and its location. The potential problem with this approach is that different entities will have different agendas. Strong leadership at the top will be needed to resolve conflicts and prevent confusion.

The third issue, who will pay for the upgrade, will be the most difficult issue to reconcile. President Biden might want to look back to the time of his birth, WWII, to see how this might be done. World War II remains the most expensive U. S. activity ever; 4 trillion, in today’s dollars. The expense of WWII was paid for primarily by raising taxes and selling war bonds to Americans. Federal income tax rates were very low before WWII, which meant that they could be raised substantially without much resistance. Income tax rates are much higher now, so raising them substantially is not an option. This leaves selling bonds, and Biden could help the selling process by creating a special Infrastructure Bond, and by making a massive patriotic plea, as was done in WWII. His plea could have both a fear appeal and a positive vision.

The basic fear appeal could go something like this: “We are in an economic war with China. Without this infrastructure upgrade we will lose this war and our standard of living will plummet.” The rosy vision appeal: “The infrastructure upgrade will make everyone’s life substantially better, economically, socially, spiritually. Many of the problems we face today can be cured or reduced by the upgrade.”

Biden and his administration could consistently broadcast these two appeals using all forms of modern communication. The underlying message is this: Americans should invest in the infrastructure upgrade to help themselves, their children, and their grandchildren. The investment is good for now and for the future. It is a winner for all.