Posted on April 9, 2021
You are here: Home / Featured / The Financial Criminality of Trumpworld: An Expert Perspective 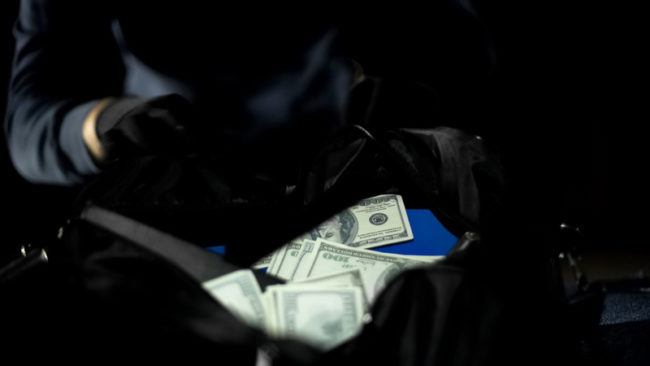 Some, but too few people are talking about the criminality and conflicts of interest in Trumpworld looking back: the $650 a night for Secret Service agents at the hotels and golf cart rentals of $1M, those hydroxychloriquine maker shares, Ivanka’s stupid (flammable!) shoes and Chinese trademarks, etc. But that’s not where the real graft was for four years of malfeasance.

Remember this is an administration that was collectively so depraved it even managed a crime (“Emoluments”) so obscure even lawyers had to look up: Top shelf dishonesty is when you run out of regular crimes to commit.

But you ain’t seen nothing yet even if we now know the meaning of emoluments: the serious theft is in information.

A word about your correspondent here: Between 1998-2003 after being a stock broker and amassing a decent pile of Wall St./SEC licenses, exams and a reputation, I worked as “Propriety Trader” for two NYC trading firms successively.

It was popular then for young (always) men to become “day traders” with the then new technology: they became pretend Gordon Gekkos or little Wolves of Wall St. in their PJs at home, trading away Grandma’s inheritance or their savings and most of them lost everything because, well, finance is surprisingly complicated.

I took a steadier, more professional path. A proprietary trader is trained, licensed, bonded and entrusted to trade the “house” money of the firms where they work.

And I learned how easy it would be to “make” serious money if you’re even a little crooked and have the right information.

It isn’t just in insider buy-sell stock trading, that’s amateur hour. The real money is in insider options: buying or selling “puts” or “calls”, shorting, collars, hedges and other complicated derivatives which pajama Gordon Gekkos have never heard of.

If you combine that with the kind of information Senators and cabinet members (forgettaboutit!), or the first family have access to and add a little dishonesty then insane money is a few clicks away.

Even more fun is the FOREX (foreign currency) market which dwarfs the combined stock and bond markets in size, frequency, and plausible deniability.

Behold: US policy gonna screw up Nafta? Short or put the Canadian Dollar and Mexican Peso. Steel tariffs to be announced tomorrow? Time to buy calls on… whatever… it doesn’t matter because if you know the future you can plan and profit from it “bigly”.

But you’ve got a problem! Somebody might notice suspicious trades from, say, a “S. Mnuchin”. The usual crooked way around this – and what I believe many in this startlingly criminal administration did – is to use shell companies or nominees. They can be a mother in law with a different name, an old school chum or, better, a foreign friend who can do your trading for you if you instruct them – and then they can return the money to you in, say, inflated real estate transactions in your buildings or, well, golf club memberships. Laundering the money – as in this fun meme – is easier than calling the dry cleaner downstairs especially if you’re in the… ahem... real estate or … golf club businesses already. How about that?

The SEC’s enforcement division whose remit is to catch and punish people for these shenanigans has a budget (always cut by Republicans ..hmmmm...) smaller than a large finance company’s advertising budget. The folks at SEC enforcement do a great job with what they have and are admirable public servants but they’re hobbled. By Republicans.

Sometimes the grift by this clownish administration was not only illegal but hilariously stupid. Take the case of both already wealthy Georgia Senators; Purdue and Loeffler who bought stock in pandemic related securities after confidential government briefings.

Hilariously they did it in their own names (they might as well have left a bloody glove right on the corpse…) they illegally bought stock on their confidential inside information. If they weren’t so brainless (and thus later caught!) they’d have used covered calls or sold naked puts and have leveraged (not “levered”, Trump) their profits on an order of magnitude higher.

And had they have used a cut-out, friend or simple Lichtenstein corporation they’d have gotten away scot free. So here we have rank dishonesty, abuse of power, insider trading, amorality, and stunning criminal incompetence all wrapped up in a bow. Talk about amateur hour: if you’re going to be a crook at least be a good one. And it makes you wonder what the smart criminals in the administration, not constantly called aside for ethics violations or sent to prison on other crimes, did and how much they made on the sly.

Note that as a former stockbroker, trader and later lawyer, if*I* tried to pull any of this crap I’d have been deregistered, disbarred and JAILED. But then I’m not in Trumpworld. And I have ethics. Note also that the Carters, Clintons and the Obamas all put their assets in managed blind trusts for the duration of their administrations. But they were presidents of a very different style.

David Anderson is an Australian-American living in New York City. He worked as a stock broker, analyst, trader, M&A consultant and lawyer.

RETWEET if you want us to air this in Georgia and expose how both of their Republican Senators traded on inside information while playing the virus down to their own constituents and blocking relief. pic.twitter.com/4SgapGeb6q