Posted on July 24, 2022
You are here: Home / Science & Technology / The Fascinating Science Behind the Way Breweries Work 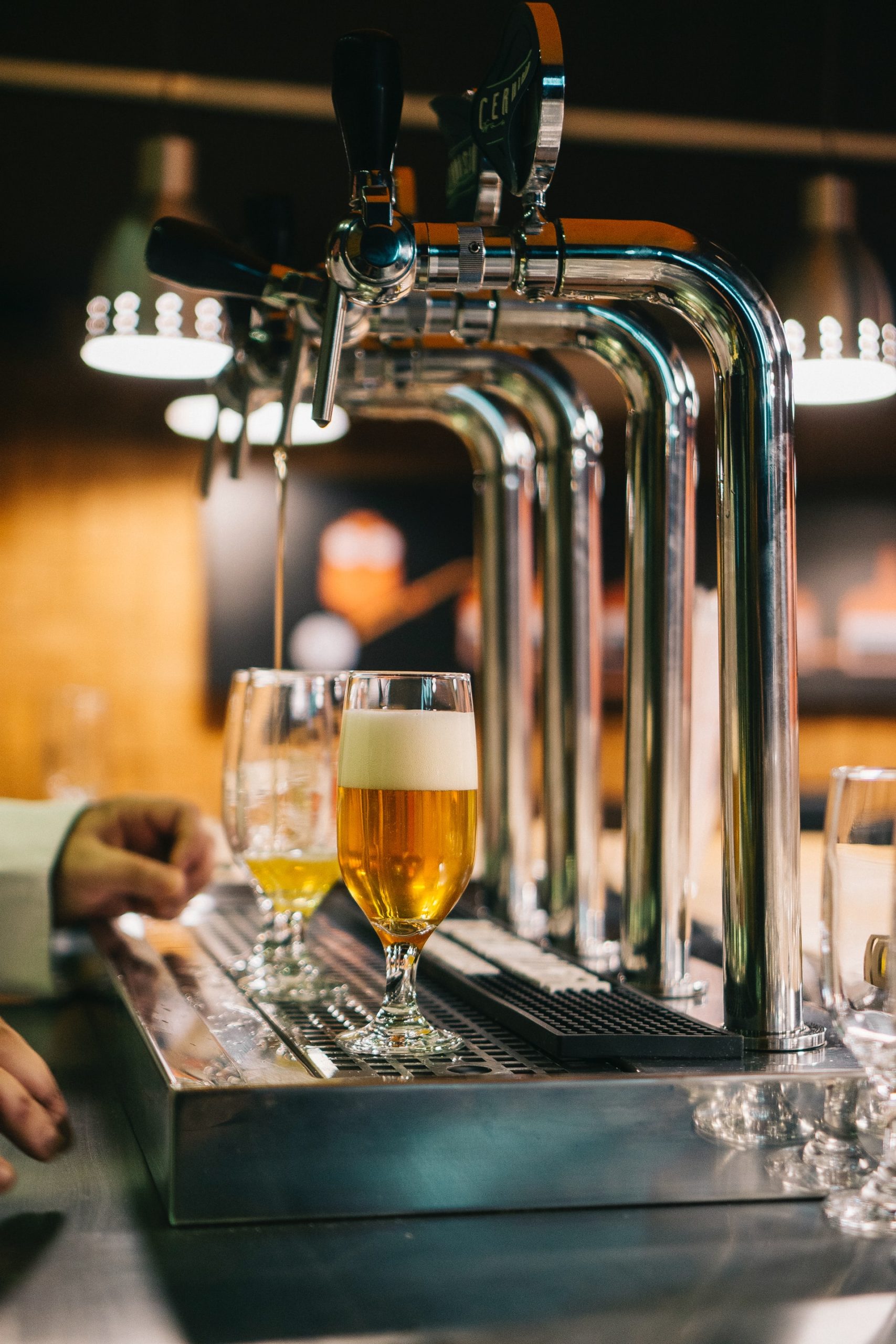 There’s something for everyone if their plan for the evening is to crack open a cold one, from iconic brands like Budweiser and Heineken to small-batch craft brews. Picking up a six-pack from the local grocery store is easy, but what goes into creating this tasty fermented beverage?

How do breweries work? The science behind brewing beer is fascinating. Here’s the way breweries work and what it takes to turn simple ingredients like grain, hops and yeast into beer.

The History of Beer

The history of beer goes hand in hand with the history of human civilization. Humanity moved away from its hunter/gatherer roots and began raising crops, so they had everything they needed to start brewing beer. Even early humans weren’t strangers to the idea of fermented beverages.

All sorts of animals seek spoiled and fermenting fruit or other produce to consume the alcohol created during the fermentation process. Humans are no different, but once they started growing crops, brewing their own became more efficient than hunting for alcoholic fruit.

As near as historians can tell, beer brewing dates back more than 5,000 years, somewhere in southern Babylonia, otherwise known as present-day Iraq. For much of human history, beer was even referred to as ‘liquid bread,’ produced by monks and considered a cheap meal rather than an adult beverage. At the time, it was part of children’s and adults’ diets because the alcohol in beer meant it was safer to drink than water or milk, which could harbor dangerous bacteria. It also provided a good amount of calories. The rest, as they say, is history.

Today, brewing comes in all shapes and sizes. Massive commercial factories and tiny home brewers are experimenting with different ingredients to see what comes out the other side of the fermentation process.

Fermentation might seem simple — dump all the ingredients into a container and leave it in a cool, dry place until the beer is ready. However, from a scientific perspective, there’s more to it than that. What is the science behind brewing beer? How do breweries work?

Brewing any batch of beer starts with four basic ingredients: water, grain, hops and yeast. The grain gets heated to dry the ingredient and crack its outer hulls. This process, called malting, helps release the grain’s flavors.

The ingredients are added to water in a heated kettle called a mash tun. This step soaks the grain, while the stirring motion created by the mash tun helps draw the natural sugars out of the ingredients, making the next component in the brewing process — the wort.

Massive boilers provide heat and help boil the wort to kill off any bacteria lingering in the mixture. The hops, as well as any spices or ingredients that will impact the beer’s flavor, are added to the wort at this stage. Next, the wort is allowed to cool and is filtered and strained before brewers can add yeast. The addition of yeast starts the fermentation process.

Scientists define fermentation as “the chemical breakdown of a substance by bacteria, yeast or other microorganisms, typically involving effervescence and giving off heat.” Regarding how breweries work, yeast is almost always the biochemical ingredient of choice to encourage fermentation. Natural yeasts in the environment could be used to start the fermentation process, but most brewers choose to use commercial yeast for food safety and quality control reasons.

Yeast will eat the sugars from the earlier brewing steps. As they feed, these tiny microorganisms produce either CO2 or alcohol. The former gives the beer its carbonation, and the latter is the ultimate goal of the brewing process. The amount of alcohol content in the finished product and the overall flavor will depend on the time and temperature spent in fermentation.

Is Climate Change a Threat to Beer?

Climate change is a topic on everyone’s mind, especially as the world hurtles headlong toward a looming deadline to prevent the planet’s warming from putting plant, animal and human life at risk. Water scarcity is becoming a growing threat in the developed and developing world. Upwards of 90% of the water used in beer production doesn’t end up in the finished product. It’s used to water the grain and hops that will later become beer.

This threat isn’t limited to beer breweries. One study out of Germany found that extreme weather conditions experienced by vineyards caused a massive nitrogen deficiency in the soil. Nitrogen is essential for ripening grapes. Without it, the grapes might not have enough sugar or necessary nutrients to complete the fermentation process. Wineries must add additional nutrients during fermentation to ensure the yeast has enough to eat, but these additions can change the finished product’s taste.

According to climate experts, beer fans could face a shortage by the end of the century. These scary statistics don’t even consider the aluminum shortfalls of the last couple of years that have made it more difficult for consumers to purchase their favorite beers or soft drinks. These shortages are expected to continue through the coming years, with prices climbing and materials becoming harder to obtain. Even if climate change doesn’t impact grain and hop farms, breweries might struggle to get the aluminum cans necessary to package their products. Large companies might switch to all glass bottles, but smaller craft breweries may not have the funds or logistical resources to make that change.

How Do Breweries Work? The Science Behind Brewing Beer

Right now, shelves are flush with various commercial and craft beers for shoppers, but that might not always be the case. Still, garnering a better understanding of the science behind brewing beer can help consumers comprehend just what goes into creating their favorite adult beverage.

It might not seem complicated, but there are a thousand tiny variables that go into the way breweries work. Brewers must consider everything from temperature and humidity to the grain species or the strain of yeast added to the wort. That way, they can breathe the beverage so many people enjoy.

Emily Newton is the Editor-in-Chief of Revolutionized, an online magazine discussing the latest technologies changing our world.