Posted on September 23, 2020
You are here: Home / At TMV / The Electoral College Game – Wisconsin 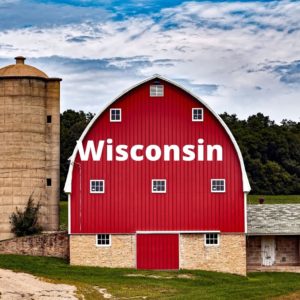 For Trump to have made up a gap of over 225,000 votes in Wisconsin, a few things could have happened.

Around 160,000 Democrats who voted in 2012 did not bother to vote in 2016. Some may have switched sides, but given the huge non-voting numbers, it is likely few switched. It is more likely they just didn’t show up at all. The Dems lost by about 23,000 votes. To win Wisconsin again, Biden/Harris don’t need all of them to show up, but they need to motivate their voters to win.

There was arguably an influx of Trump’s base returning to the polls after years of decline, white lower- to middle-class Americans, but they did not swell the voting ranks, as seems to be quite possible in Pennsylvania and Florida. Instead, as in Michigan, for whatever reason, a lot of Democrats simply did not vote.

Perhaps this is a State, like Michigan, where Hillary’s dominant polling created complacency among the electorate and so the Dems, assured of victory, chose not to “waste” their time.

But that may not tell the whole story. Wisconsin was among several states to enact strong voter identification laws prior to the 2014 election cycle. Though they were largely overturned by the courts in the summer of 2016, before the elections, there were widespread reports that people were denied the right to vote in the November presidential elections because they did not have the right identification. I could not find any numbers indicating the impact of this, or whether this was even true or relevant to the outcome. Nonetheless, it would not take much to make up a 23,000 vote loss.

What is most likely, a whole slew of Democrats from all walks of life simply chose not to vote.

This, like Michigan, is definitely a State that Biden/Harris must return to the Blue in 2020.

Author of five novels available on Amazon, numerous articles and other commentary.