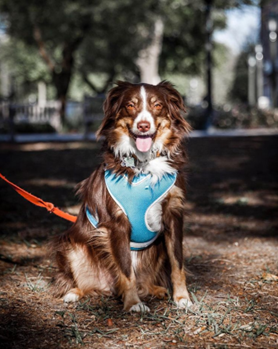 For nearly two decades, Scott Schuman has been photographing ordinary people on the street, from New York to London, to Moscow and beyond. People whose clothes and style he finds interesting and attractive. People who have “that certain something.”

The “Street-Style Photographer,” or the “Street Photographer” posts the photos on his now-famous blog, The Sartorialist.

His photos have become so popular and coveted that articles, “step-by-step guides” — even “flowcharts” — have been published with advice on how to be at the right place, at the right time, wearing the right clothes to induce Schuman to snap one’s photo.

Inspired by Schuman, a young man attending Southern Methodist University (SMU) in Dallas, Texas, a few years ago, started taking photos of certain subjects – some well-dressed, some not dressed at all – strolling the streets and parks of the SMU campus.

To be clear, the subjects’ human companions, when part of the composition, are fully clothed. However, they are not the focus of the student’s photography. Their canine escorts are — sartorial looks or not.

Interested in photography at a very young age (perhaps already envisaged by the toddler’s photo below), Preston Scott Werner started taking photographs of students’ dogs during his school’s football games “when everyone was on campus tailgating.” 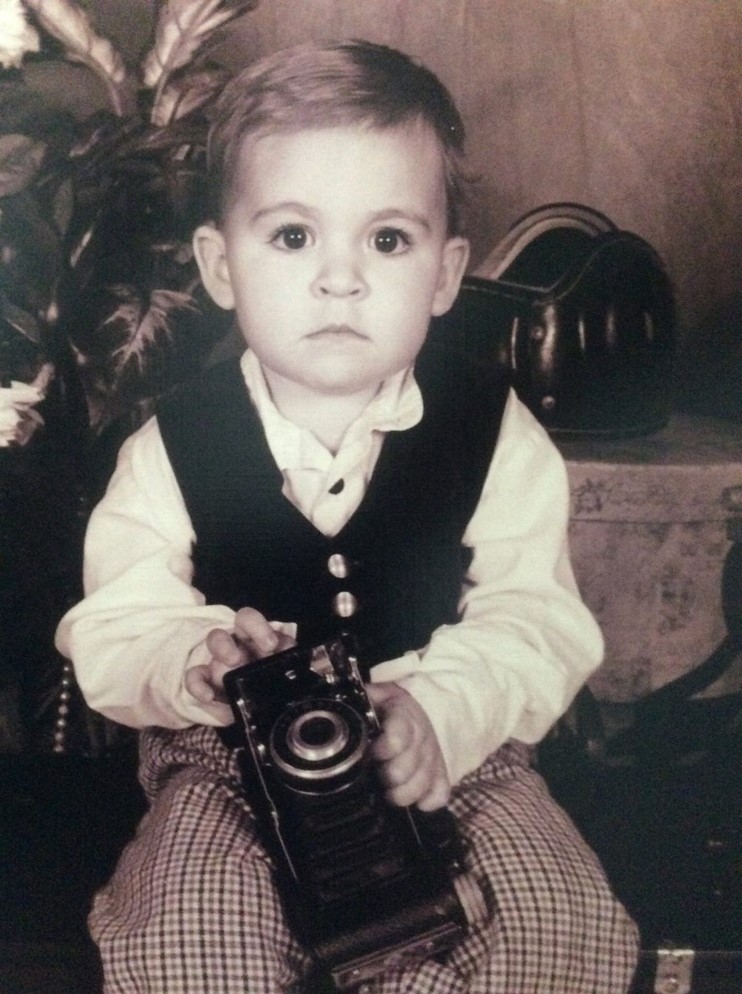 As Schuman did, Werner started posting the photos on Instagram as “The Dogs of SMU.”

Here are some examples: 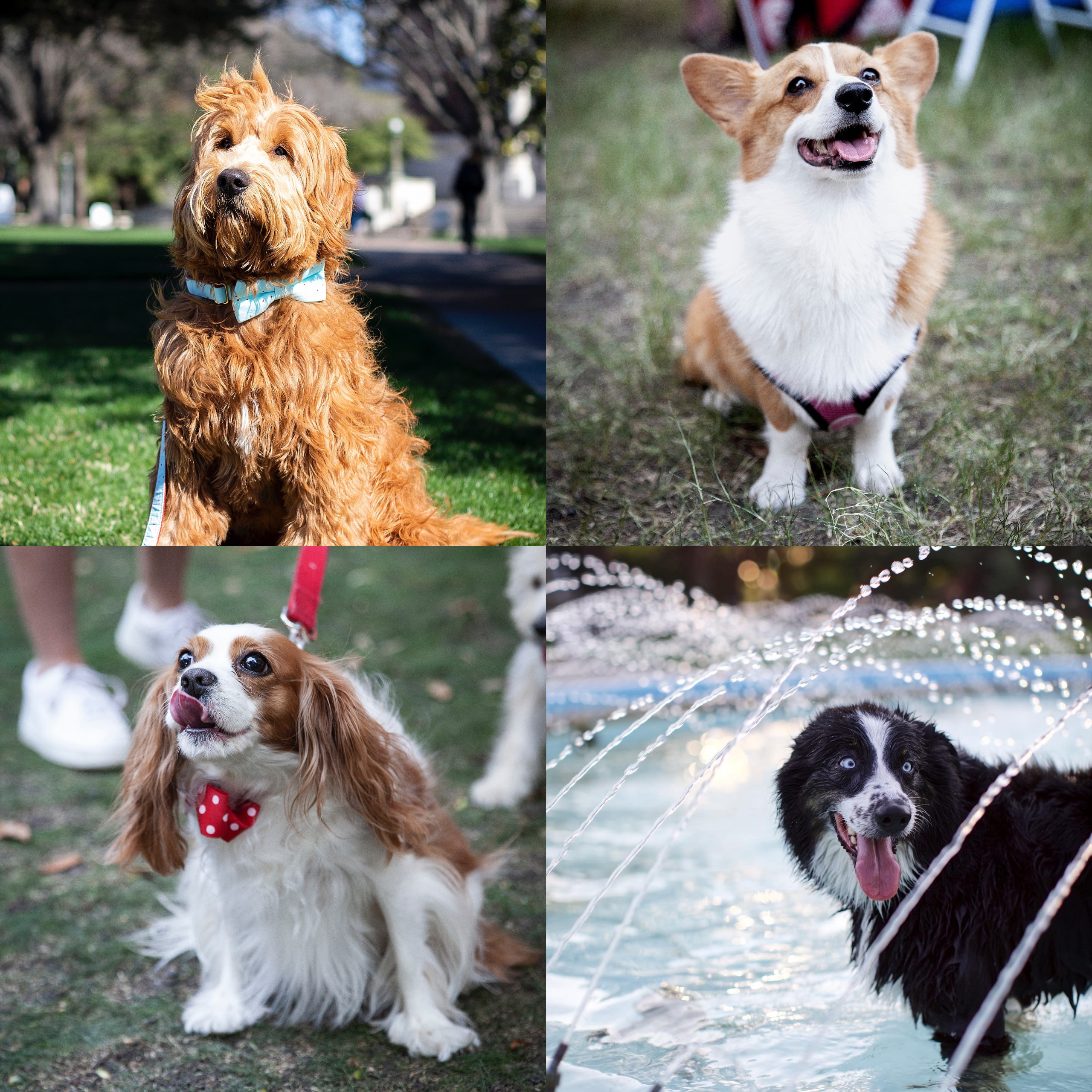 Werner’s photos became so popular that he widened the aperture to include photos off the football field: on campus, of current students, alumni and “of Dallas residents who take their dogs for a walk on our campus,” Werner says.

Of course, Werner asks the dog owners for permission, which is usually enthusiastically granted. A wag of the tail is taken as permission from the dog. “I don’t think I’ve had anyone turn me down when I’ve asked to take their dog’s picture,” Werner adds.

Most photographs are of the dogs only. The owners usually stand behind the photographer to get the dog’s attention. When the dogs are not in a cooperative mood, their human companions are included, as in the photo below. 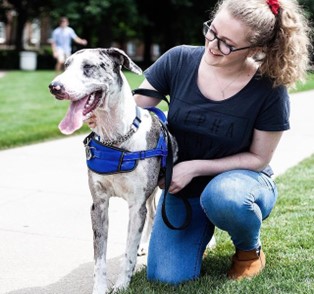 Werner’s “Dogs of SMU” has more than 500 followers. He sends the images to the dog owners when asked.

The lead image of “Charlie” is one of Werner’s favorites.

This is not Werner’s first venture into photography.

Born and raised in Austin, Texas, his interest in photography and art began at a young age when he would wander museums for hours with his grandparents.

He started taking amazing photographs while in High School and while traveling with his parents in California, documenting each step with a DSLR (digital single-lens reflex)) camera he was lent.

He continued his quest while a freshman at SMU taking portrait-quality photographs of his classmates and of random people on the street in Austin, Texas, some reminiscent of Schuman’s work, below. 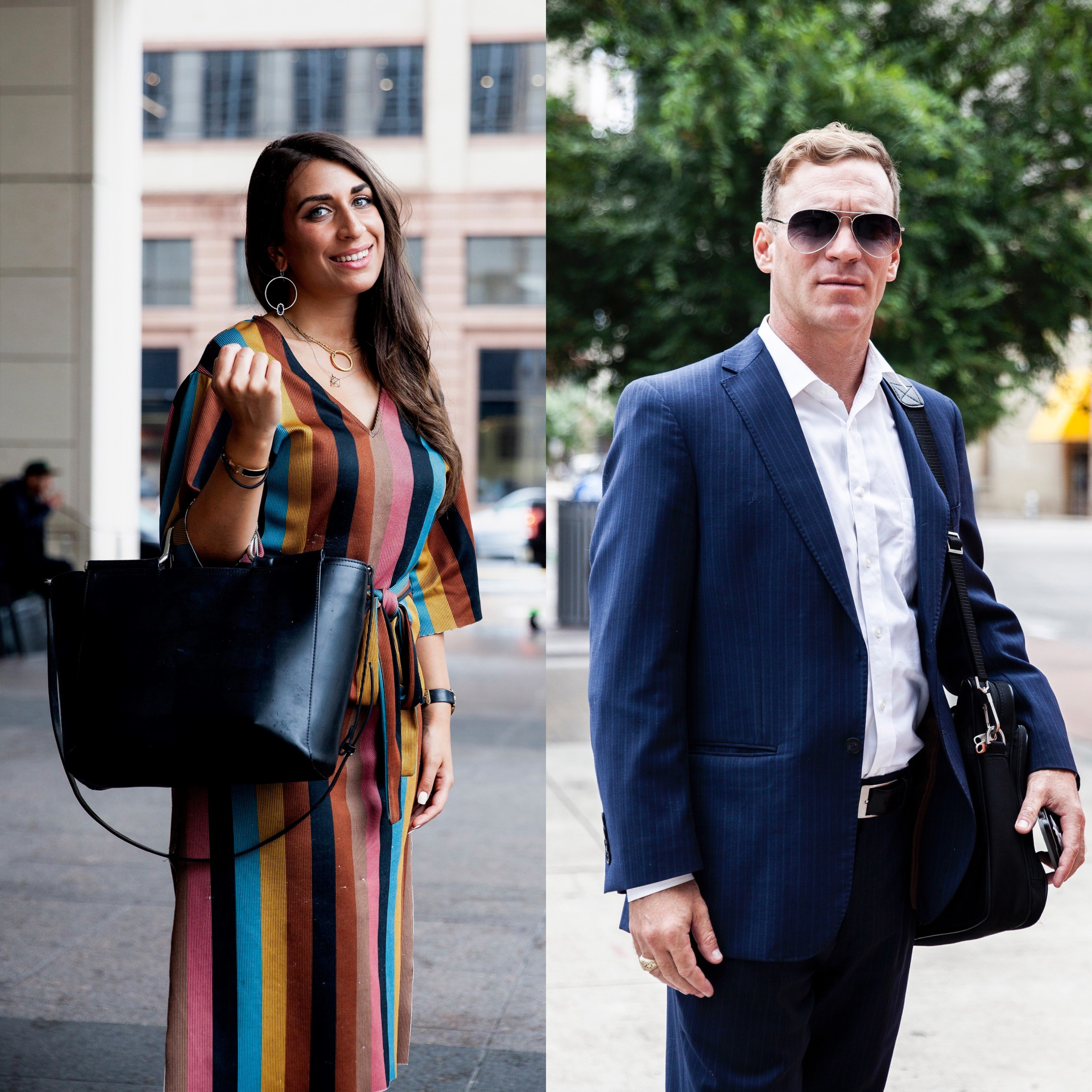 While traveling through Italy, Werner captured the beauty of the places he visited, from the Amalfi Coast to the canals of Venice, to the heart of Rome. Below is a striking shot of Venice’s Grand Canal as seen from the Rialto Bridge. 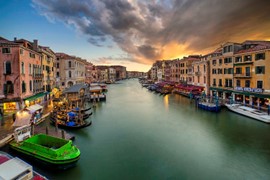 Werner’s awards and accolades include 1st Place in the 2016 Austin, Texas, “Oasis Sunset Photograph of the Year” contest (below), 2nd place in the 2018 contest and the display of several award-winning photographs at the 2019-2020 Mercedes-Benz Financial Services’ art exhibition, “Experiencing Perspectives.”

A lover of dogs and cats, Werner would love to take similar photos of felines walking down the Dallas streets. Since such is not a common occurrence, he settles for photos of his own “Chanel” at home, below. 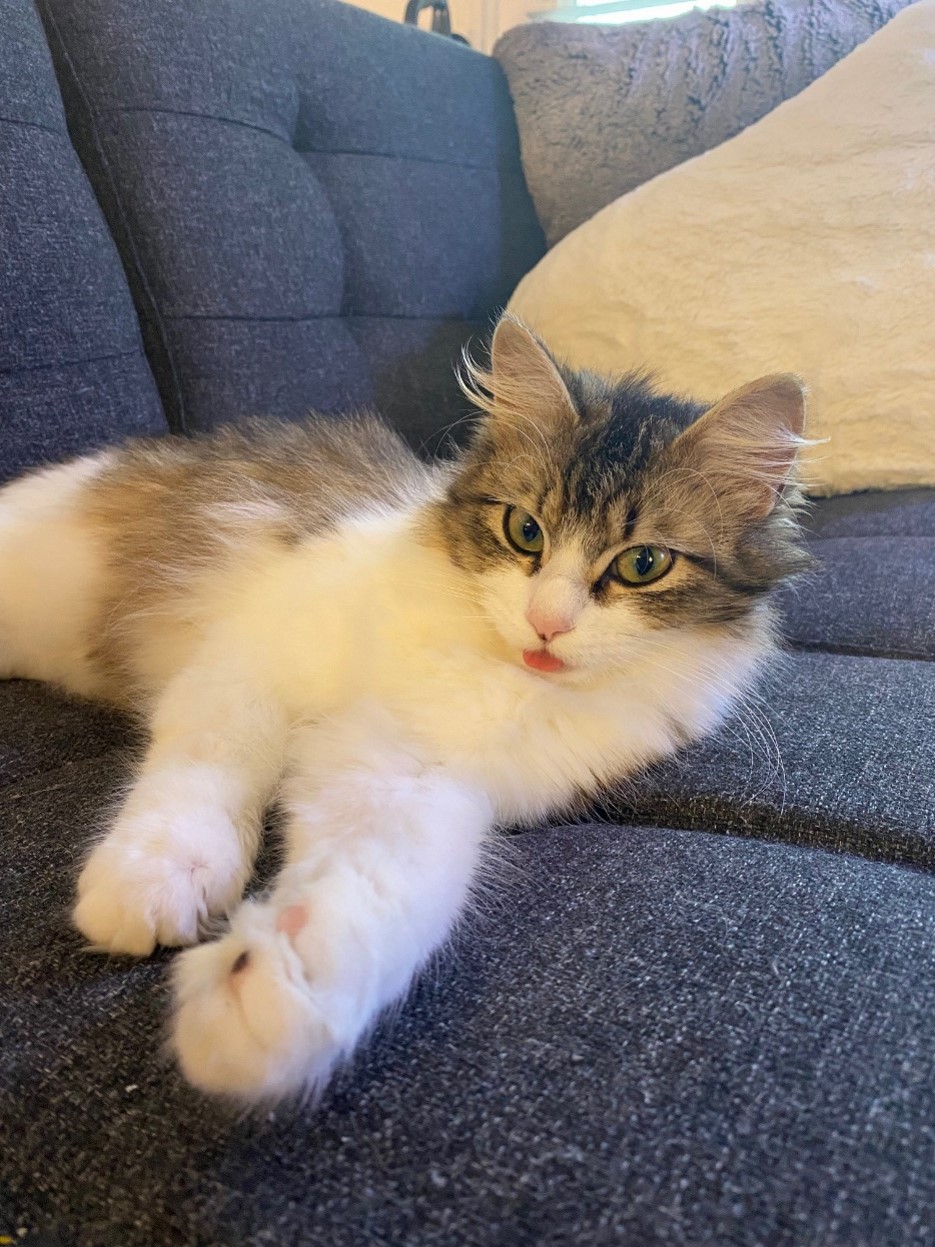 Preston Scott Werner, now almost 23, a SMU graduate and an accomplished musician, has found a niche job with a company that develops artificial-intelligence/machine-learning- based photography software where he contributes with his photography talents and experience. 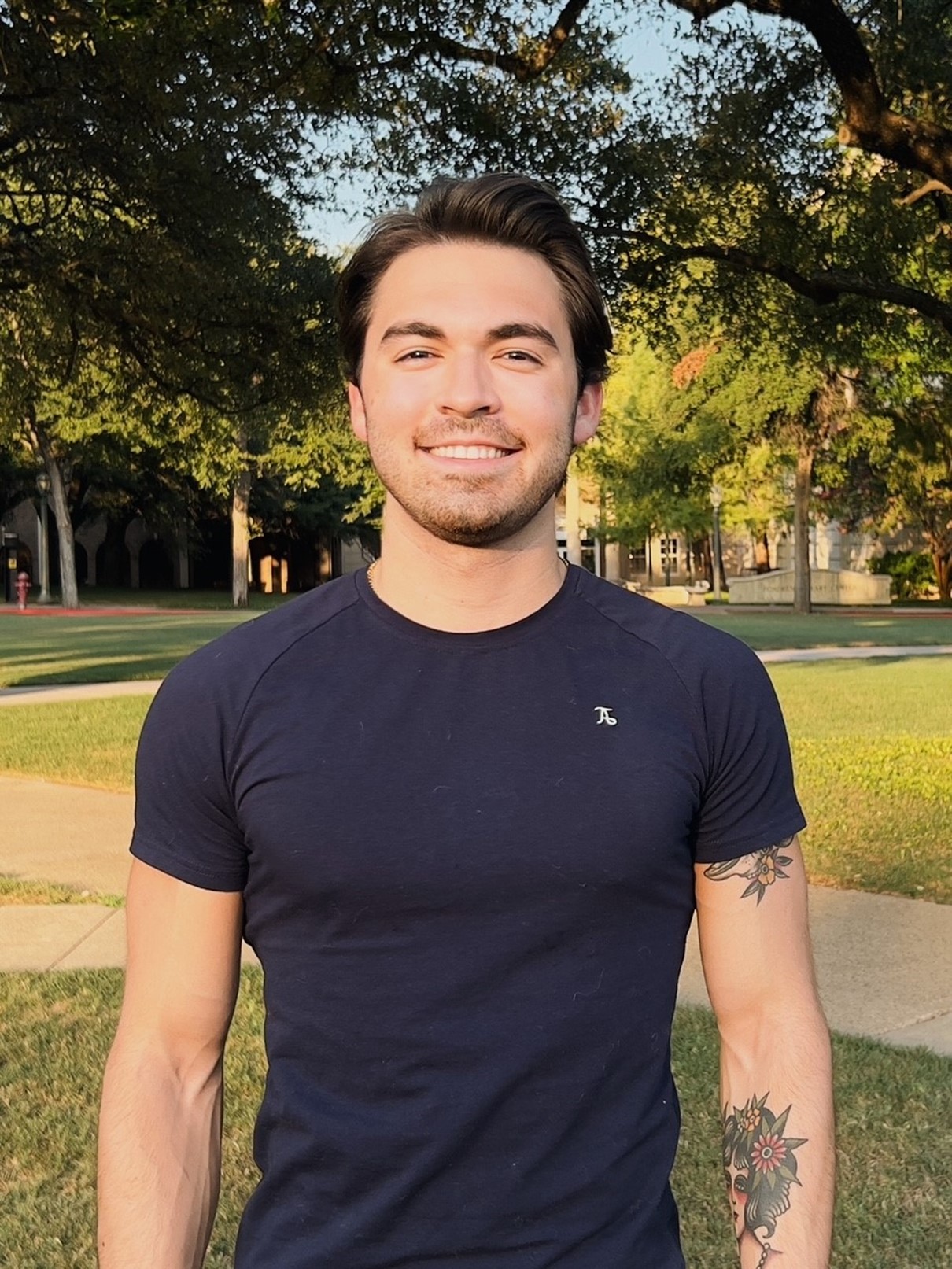 Proud disclosure: The young photographer is the author’s grandson.