If there ever were a person in sports with a super-sized ego, that person was Brian Bosworth. He played linebacker for the University of Oklahoma’s football team from Fall 1984 to December 1986.

Barry Switzer was the head coach at the time, which meant that Bosworth could be unbridled off the field, and unbridled he was.

Granted, Bosworth was very good at playing linebacker at the NCAA level, but he let his ego get the better of him. He began calling himself The Boz and strutted around as if he were the world’s greatest athlete.

Then came the 1987 Orange Bowl, during which OU played against the University of Arkansas. Bosworth was banned from the game because he tested positive for steroids. Bosworth tried to participate anyway by participating in the coin toss. The head referee wouldn’t allow it.

Bosworth still managed to get into trouble. States Wikipedia, “While on the sidelines, Bosworth displayed a shirt referring to the NCAA as ‘National Communists Against Athletes’. After this game, he was dismissed from the team, and he went to declare for the Supplemental Draft.”

Afterwards, Bosworth was drafted by the Seattle Seahawks and was awarded the biggest NFL rookie contract at the time. Seahawks fans expected him to be their team’s savior and gave him a hero’s welcome when he moved to Seattle.

Then the fans found out how well Bosworth could play at the NFL level. 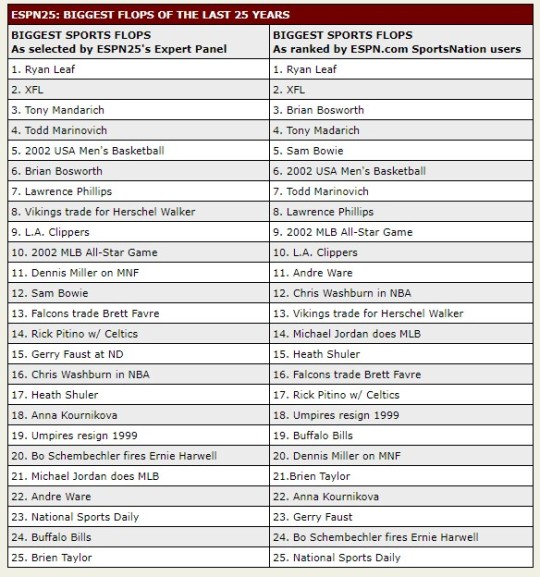 Prior to the Seahawks’ 30 November 1987 game against the LA Raiders, Bosworth claimed that he would stop Raiders running back (and Heisman winner) Bo Jackson. Instead, Jackson plowed through Bosworth.

By the end of the 1987 NFL season, Seattle residents were telling Bosworth to go back home to Oklahoma. One Seattle sportswriter opined that Bosworth had discovered that NFL opponents could kick his butt over a goal post.*.

A shoulder injury ended Bosworth ability to play, although he remained on the Seahawks roster until the end of the 1989 season.

Upon leaving the NFL, Bosworth got into acting, managing to be cast as the lead character of the 1991 movie Stone Cold. The movie was a flop.

In a review published 21 May 1991, Washington Post staff writer Richard Harrington writes, “Brian Bosworth’s acting debut in Stone Cold carries about the same wallop The Boz did in the late stages of his very brief career in professional football. What the world needs now, apparently, is another overly muscled, stone-faced dunderhead hero, and Bosworth certainly fits that description. Unfortunately, Bosworth couldn’t act his way through the Seattle Seahawks and he’s not likely to act his way into a film career based on this first outing.”

Bosworth still acts occasionally, but he isn’t exactly on Hollywood’s A List.

*Author’s Disclosure: When Bosworth entered his first season with the Seahawks, I was stationed at a U.S. Navy base located north of the Seahawks stadium. For the entire 1987 NFL season, I read Seattle newspaper stories about Bosworth. What I read in those stories is mentioned in my above post.