Posted on May 13, 2022
You are here: Home / Economy / The American Economy Needs More Immigrants 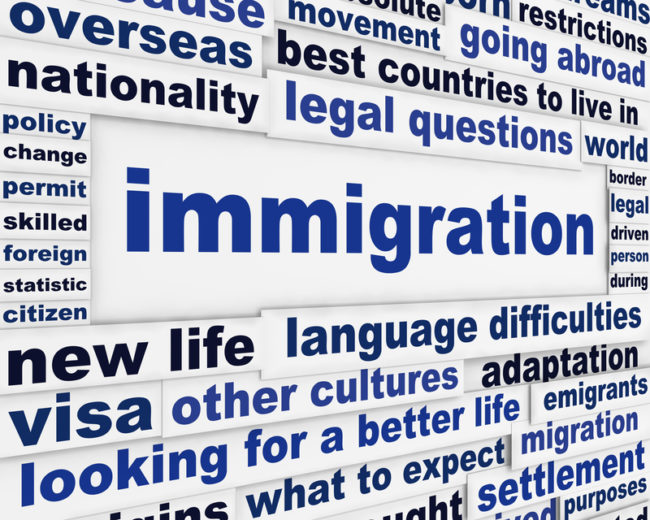 Even prior to the Covid 19 pandemic, American businesses needed more workers. But since the pandemic started, more workers have retired and have decided not to return to work. Not only is there a current need for more workers, but the future also looks bleak with American women not having enough children to replace our population. (This is also a problem for Japan, Europe and most advanced economies.) The unemployment rate in Nebraska in October was 1.9 percent, the lowest any state has recorded since data collection started in 1976 according to AP.

To large extent, economic growth is dependent on population growth. Not only are workers needed in capitalist economies, but consumers are also required to buy more goods and America is a consumer driven economy. More consumers requires a larger population.

Though there are specific positions that are in great demand like truck drivers, mechanics, stevedores, retail employees, nurses and teachers, virtually every job description faces shortages of vital employees. Agricultural workers are needed on farms to pick crops which will rot if not harvested at the proper time. Immigrant workers who process beef, pork and chicken are required, jobs that most Americans will not consider taking.

In addition to blue collar workers, educated immigrants are also necessary to work in technology companies, as physicians and all health care positions. H1-B immigrant quotas should be opened up as these people are responsible for generating many start-up companies that employ Americans. They also work at start-up companies and generate new start-ups and many patents. Since the beginning of the pandemic, many universities are suffering from a lack of foreign students, many of whom pay full tuition. These students if welcomed in the United States will usually stay and become productive members of our society.

We should not be opening our borders to accept undocumented immigrants en masse but provide more visas in their countries to allow them to come to the United States legally. Statistics show that not only are immigrants to our country hard workers and productive, but crimes rates among immigrants are lower than our population in general.

The DACA problem must also be addressed and these people allowed to become citizens. They have no other country but the United States as they were brought here by their parents as young children. They have gone to school here, speak English and for the most part have good jobs. Their track record is excellent and they deserve citizenship. Politicians have been promising them a path to citizenship for years, but nothing has yet been done about it. Deporting them would be an unfortunate human rights violation and should be taken off the table.

With America growing older and a decline in our population, there is no question that more immigration is required if the nation is going to remain an economic power. Making legal immigration more difficult is very shortsighted and will damage America’s economic viability.
www.robertlevinebooks.com Buy The Uninformed Voter on Amazon and Barnes and Noble