Posted on January 27, 2023
You are here: Home / Bigotry / Some on Twitter find Holocaust Museum is being removed from their Twitter Feeds 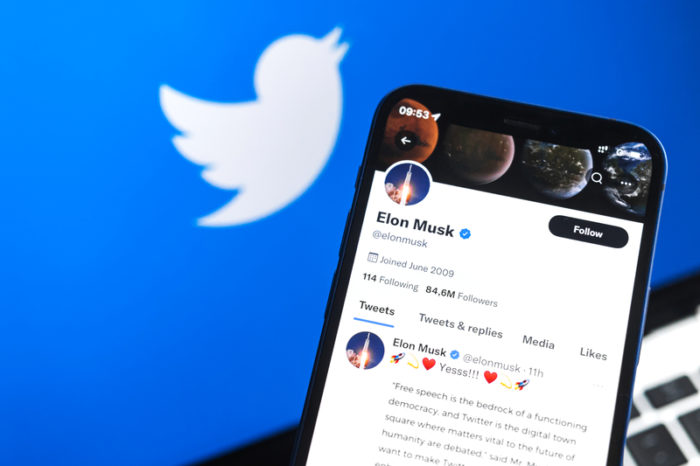 A funny thing happened to me on the way to checking my Twitter feed this morning. For some reason the United States Holocaust Museum vanished from my Twitter feed. But I didn’t drop it. It just…vanished. And when I went to check its Twitter account, I found I was no longer following it.

And then a second funny thing happened. When I posted about it disappearing from my feed other people left replies which suggested I wasn’t the only one having this experience which strangely coincides with a massive increase in political hate and antisemitic posts on the platform now owned by Elon Musk. Cheryl Haden wrote on Twitter: “Somehow, all the Holocaust-related museums, camps, etc were not appearing in my feed. I had to refollow and I’ve been retweeting their posts.”

Some news reports suggest liberals and moderates fleeing Twitter are to blame when people lose followers. How does that explain why some people are finding the Holocaust Museum and other Holocaust related sites suddenly disappearing from their feeds?

I could be subtle right now about what’s likely going on — but why not be blunt? Elon Musk’s “amnesty” on suspended accounts has not made it a dream site for Jews or advertisers. Twitter has lost half its advertisers since Musk became it’s official owner in October. Advertisers aren’t keen on their branding being associated with people such as rapper and serial anti-semite Kayne West. Musk finally suspended West’s Twitter account on December 1, after West said he liked Hitler and shared an image of a swastika combined with the Star of David.

West is not to be taken lightly: he has 30 million Twitter followers and there are an estimated 14.8 million Jews.

Now the New York Times has confirmed what many insist is going on: Twitter has seen a boost in extremists and has become an anti-semitism-o-rama since Musk took over:

Before Elon Musk bought Twitter, slurs against Black Americans showed up on the social media service an average of 1,282 times a day. After the billionaire became Twitter’s owner, they jumped to 3,876 times a day.

Slurs against gay men appeared on Twitter 2,506 times a day on average before Mr. Musk took over. Afterward, their use rose to 3,964 times a day.

And antisemitic posts referring to Jews or Judaism soared more than 61 percent in the two weeks after Mr. Musk acquired the site.

These findings — from the Center for Countering Digital Hate, the Anti-Defamation League and other groups that study online platforms — provide the most comprehensive picture to date of how conversations on Twitter have changed since Mr. Musk completed his $44 billion deal for the company in late October. While the numbers are relatively small, researchers said the increases were atypically high.

The shift in speech is just the tip of a set of changes on the service under Mr. Musk. Accounts that Twitter used to regularly remove — such as those that identify as part of the Islamic State, which were banned after the U.S. government classified ISIS as a terror group — have come roaring back. Accounts associated with QAnon, a vast far-right conspiracy theory, have paid for and received verified status on Twitter, giving them a sheen of legitimacy.

These changes are alarming, researchers said, adding that they had never seen such a sharp increase in hate speech, problematic content and formerly banned accounts in such a short period on a mainstream social media platform.

No matter what my financial situation may be every year I donate to the Holocaust Museum.I’m one of the people who makes modest donations to fund getting the word out about the genocide that holocaust deniers claim never happened.

And a new app called Post.News is looking more and more enticing.