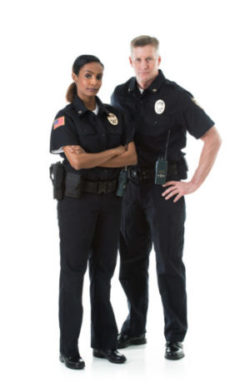 First the obvious: societies cannot exist without the police. Given this, why do some communities want to disband their police departments? Several misperceptions are responsible for this befuddling conclusion.

Misperception number 1: Either criminals do not exist, or, if they do exist they can be easily transformed into law-abiding citizens. There is a kernel of truth to this perception; most people are not criminals, and occasionally criminals can be transformed into non-criminals. In every generation most children grow up with internalized morality. They internalize the prohibitions against killing, torturing, raping and stealing, and in general learn to respect the rights of others and obey laws.

However in every generation there is always a small minority of children who become adults without internalizing morality. Instead they adopt the criminal mindset and become outlaws. The criminal mindset is a completely selfish viewpoint. Criminals believe that laws only apply to other people, not to them. Criminals believe that they can do whatever they want, whenever they want, without regard to the rights of others. They have contempt for the non-criminal majority, viewing non-criminals as ‘sheep’ who can be easily victimized.

These are not good people. They cannot be changed by education, sensitivity training or therapy. An inhibitor to their predatory behavior is their fear of getting caught by the police. We all intuitively know how this works. We drive on the freeways and many of us drive faster than the speed limit. When we see a police car what do we do? We slow down to the speed limit. For the criminal minority police presence is the only inhibitor.

Misperception number 2: If criminals do exist non-criminal civilians can easily defend themselves against criminal behavior. This is an illusion, apparently based on the mythology of the Wild West. Most current American civilians go about their daily lives unarmed, and they do not have martial arts or weapons training. Despite this most civilians do not get violently assaulted. Perhaps the lack of assault adds to the illusion that we civilians can defend ourselves. But if we are mainly incapable of defending ourselves why doesn’t the criminal minority victimize more of us on a regular basis? The presence of the police.

Misperception number 3: The police are the real criminals. This misperception is caused by the way the national media portrays police shootings. The media coverage of these events leads to the erroneous public misperception that all police officers are capable of violating civilian civil rights and therefore police departments should be disbanded. The reality is that almost all interactions between civilians and police, particularly between minority group members and white police officers, do not result in lethal harm or civil rights violations. This positive fact is never mentioned in the national media coverage of police shootings.

The biased coverage of police shootings leads to the stereotypic misperception that all police officers are raging racist psychopaths. This is an absolute disservice to the majority of police officers who are doing the best they can to serve the public in trying circumstances. I am not saying that those officers who go beyond the rules of engagement and violate someone’s civil rights should not be punished- if proven guilty they should be convicted and punished. But tarring the reputation of the many because of the wrongful behavior of the few is a disservice to the police and to the society that they serve.

The third misperception has a practical negative consequence. Police departments all over the country have trouble recruiting new police officers. Before the media coverage of recent police shootings, police departments were already having difficulty recruiting. Police work is a stressful potentially dangerous profession, as the recent Ryan Thompson tragedy demonstrated. Now the tarnished police reputation adds more difficulty to recruiting. A major motivator to become a police officer is public service, and if the public does not believe that the police are serving, then why sign up?