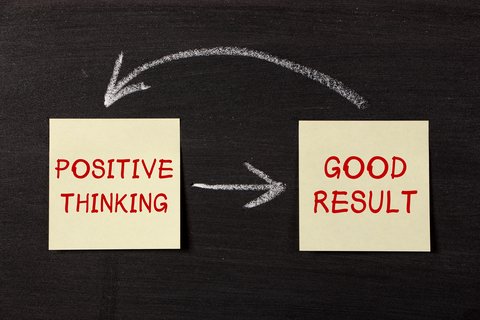 Positive or negative, our thoughts and words are powerful. What we say to ourselves, and others is potent. For instance, my mother faced difficult problems pertaining to the health challenges of two of her children. When she talked about the many crises that had to be dealt with, she didn’t complain. She would say, “I’m thinking positive.” Thinking and speaking positively about these challenges gave her strength.

She wanted to instill this idea in me. I remember a particular time when she was determined that her positive attitude would influence me. I had finished my coursework for a Masters degree from Manhattanville College. Now, I needed to write my Master’s essay in order to graduate. My perfectionist self kept getting in my way. I wanted to write an extraordinary essay on a fascinating topic. My mother saw that I was getting in my own way. She assured me that whatever topic I chose would be good enough. She said, “Yes, Jane. You can do a good enough job in time to graduate in May.”

But, no, I insisted. It was impossible. I did not have enough time to write the fantastic essay I wanted to write.
.
My mother, however, knew that an adequate job would be good enough. She sent in the necessary paperwork stating that I would have my essay completed by the date required for me to graduate. When she told me what she had done, I panicked. Now, I had to come up with a new topic. Then I had to research and write the paper. Luckily, it was just before spring vacation. I spent the whole vacation working on the project. Eventually, I delivered the paper just one hour before the cutoff. My mother’s positive actions worked out well for me in the end. I was delighted to graduate at the ceremony in May.

My mother’s positivity influenced me. But, I still find it difficult to think positively when there seems to be something impossibly negative in my life. So, I was amazed when I discovered EFT (Emotional Freedom Technique), also known as Tapping. Tapping teaches me that as I tap on specific acupuncture points, I must first acknowledge the truth of the negative.

For instance, when I had Covid, I acknowledged that I had Covid. As I tapped on the specific points, I said, “Even though I have Covid, I love and accept myself.” After tapping a few times, and acknowledging what was true, I then advanced to making a completely positive statement. I stated what I wanted and continued tapping. I said, “I am healed and healthy in every way.” The discomfort of the Covid symptoms cleared up quickly.

In my fairy tale class with Dr. Muriel McMahon, we recently worked with the story, The Griffin. My take away from The Griffin reminds me of the power of Tapping. Telling the truth and positive thinking helps us get what we really want. Let me tell you the story:

A king had a sickly daughter. He learned that special apples would cure her. He announced that whomever could bring apples that would heal her, she would become his wife and he would be the next king. A peasant who had three sons and apple trees thought that this wasa golden opportunity. He sent his first son off to see the king with a basket of beautiful apples. On the way, he met a little iron man who asked him what he had in the basket. The peasant’s son lied to the little iron man and said it was full of frogs’ legs. When the son met the king, he told the king he had beautiful apples to cure the princess.

But, when the son opened the basket there were only frogs legs. The king was furious. When the peasant learned of the first son’s failure, he sent his second son. The second son met the little iron man on the road who asked him what he had in the basket. He also lied and said it contained hog bristles. When he arrived at the palace and opened the basket in front of the king, the beautiful apples had turned to hog bristles! Again, the king was furious. The third son–– sometimes referred to in fairytales as the “simpleton” ––was not too bright. Now, he begged his father to let him go. The father finally agreed. The third son met the little iron man who asked the same question.

But this simple young man answered truthfully. He said they were apples to cure the princess because he wanted to marry her. At the castle when the princess ate the apples she was cured. The king, reluctant to have his daughter marry the “simpleton”, changed the rules. He now required any suitors to complete three more tasks before one could marry the princess and become king. This third son, by continuing to say what was so, was successful and ended up marrying the princess.

I feel as if this story relates to the philosophy of positive thinking. The third son shows the power of belief. He knows he wants to marry the princess and he stays true to his intention. The story shows that when we clearly express the truth of what we believe and what we want to happen, we can accomplish our desire.

Be careful what you complain about is a common warning. Focusing on the negative creates the negative experiences we’re hoping to avoid. For instance, there’s an example in a book called Outrageous Openness! By Tosha Silver. Tosha writes about a client who had five houses and complains about how poor she is because she has so many expenses. She constantly worried that she will go bankrupt. Tosha suggests to the woman that she sell one or two of her houses, which she was unwilling to do. Well, the woman complains about being poor for so long that, eventually, she manifests just that. She does go bankrupt and loses all five of her houses. She finally manifests in her life what her words have conveyed all along.

Just this week, I had an experience remind me of this story, and to be careful about my choice of words. I told my brother and sister-in-law that I was buying a new electric stove and a refrigerator because I had saved a little money. After, I realized that it wasn’t really accurate to say a little money. It sounds constrained. I had all the money I needed to buy the refrigerator and the stove! Saying that I had “a little money” made me feel like the woman with five houses in Tosha’s story. There’s no need for my words to limit my finances. So, instead, I will say it this way: I have money saved and I can easily pay for the new appliances. And, they arrived today.

I wonder what habits of thought might be standing in the way of your manifesting what you truly want? Feel free to share them with me at [email protected]

Republished from The Ageless Goddess blog. 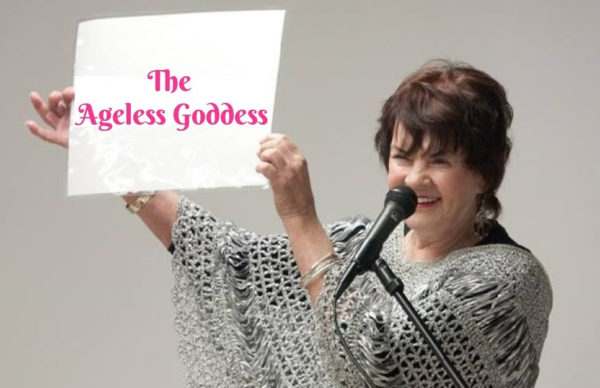