“Roger Stone was sentenced Thursday to just more than three years in prison, a decision that raises immediate questions about whether President Donald Trump will pardon his longtime political confidant for what the president has decried as a miscarriage of justice.

“Stone’s lawyers asked Jackson, an Obama appointee on the U.S. District Court for the District of Columbia, for a new trial in a sealed motion submitted last week. Jackson said that Stone’s sentence will be delayed from going into effect until after the motion is settled.”

Granted, if Stone continues to act like a buffoon, then he should change hats. 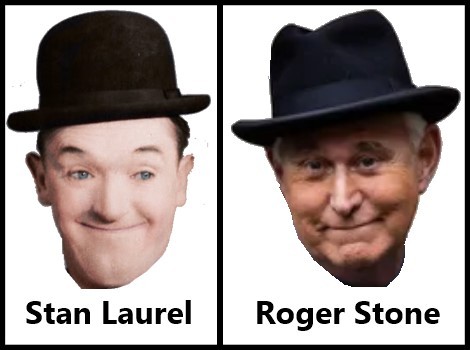