Posted on May 14, 2022
You are here: Home / Featured / San Diego’s OAN Losing its Biggest Revenue Source as DirecTV Cuts Ties 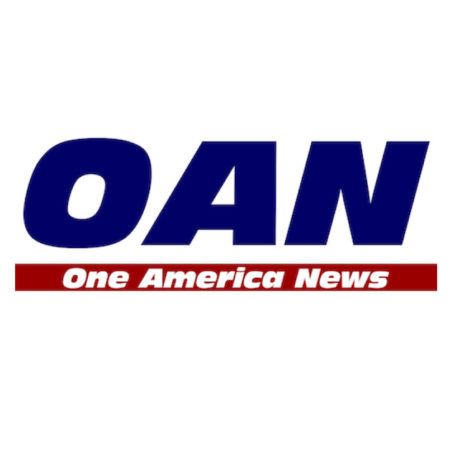 Three months after Reuters revealed the role of AT&T and its arm DirecTV in the launch of San Diego-based One America News Network, a plug is being pulled on the far-right outlet.

Bloomberg reported Friday that DirecTV, said to make up the bulk of OAN’s revenue, will drop the Trump-celebrating network in April.

Robert Herring Sr., founder and CEO of the outlet and parent Herring Networks, didn’t immediately respond to requests for comment from Times of San Diego.

But OAN correspondent Chanel Rion, a defendant in two lawsuits, decried DirecTV via Twitter, citing what she said was a drop in its subscribers and saying: “Writing’s on the wall. At this rate DirectTV is set to be as relevant to the American consumer as a firearm safety course is to Alec Baldwin.”

DirectTV had 15 million subscribers as of 2021.

Writing’s on the wall. At this rate DirectTV is set to be as relevant to the American consumer as a firearm safety course is to Alec Baldwin.

OAN already was facing lawsuits seeking billions of dollars in damages over its election coverage — repeating false claims of vote-rigging by Smartmatic and Dominion Voting Systems.

“OAN is a cauldron of misinformation and extremism,” he said. “DirecTV made a negligent mistake in 2021 when they renewed their contract with OAN even after OAN spent weeks attacking the election and stoking the embers that helped fuel the January 6 insurrection. They gave OAN a full year to undermine our democracy — and our country suffered for it.”

“And certainly no other cable provider should pick them up,” he said.

The NAACP also sought the ditching of OAN, with The Hill reporting that “NAACP President Derrick Johnson will be meeting with AT&T leadership tomorrow, October 21st. The meeting will focus on the need for AT&T to drop OAN immediately.”

The Daily Beast depicted the action as posing “an existential threat” to OAN, noting that an OAN accountant testified under oath in 2019 that the value of OAN without a contract with DirecTV “would be zero.”

“A source familiar with the network told The Daily Beast that OAN has struggled to fully staff its operations in recent months,” the site also said.

In October 2021, Reuters published a special report revealing AT&T’s central role in the creation and survival of One America News Network.

At the time, Carusone explained in a tweet thread the “golden ticket” AT&T provided the network, explaining how OAN and “all of its lies” would not exist without AT&T’s help prop up OAN financially.

1/ I want to just put a few things out there about OANN and ATT/DirecTV because in a way, the incredibly good Reuters reporting just begins to scratch the surface on how absurd and odious this deal is….

“It is unknown what proportion of the channel’s $$$ currently comes from DirecTV,” he wrote Friday night. “But the network’s website only lists a few other national carriers, Verizon FiOS chief among them, so OAN will be losing substantial audience and revenue due to this decision.”

Stelter speculated that Herring may “dig deep into his pockets to keep the fledging operation going.”

DirecTV told Reuters: “We informed Herring Networks that, following a routine internal review, we do not plan to enter into a new contract when our current agreement expires.”

AT&T Inc, parent of DirecTV, entered into a deal with Herring Networks Inc in 2017, which included OAN and a little-watched lifestyle channel, AWE. DirecTV began carrying the networks in April that year.

AT&T has been a crucial source of funds for OAN, providing tens of millions of dollars in revenue, a Reuters investigation found last year.
Ninety percent of OAN’s revenue came from a contract with AT&T-owned television platforms, including DirecTV, according to 2020 sworn testimony by an OAN accountant.

The Republicans-against-Trump Lincoln Project labeled the move “a major win for democracy.”

This is a major win for democracy. https://t.co/5x8xGkDjq1

DirecTV’s move is not without risk. Fans of OAN reacted as well to the news:

AFTER 20 YEARS OF @DIRECTV I WILL BE GIVING THEM THE BOOT AND FINDING A NEW SERVICE I WILL NO LONGER STAY WITH A COMPANY WHO CANCELS OAN AND KEEPS A MSM CHILD MOLESTER CNN https://t.co/mFv3lZJCKe

@OANN..Hang in there OAN…we have your back. Do not give in to this censorship….This is America you dumb a** Directv… DUMP DIRECTV!!!!

If @ATT drops @OANN on DirectTV I will be cancelling my service. It's the ONLY news I watch. Wonder how many subscribers will do the same? @EvelynLopeno pic.twitter.com/XUBHpkaw6W

I've been thinking about cancelling my @DIRECTV lately. It's so ridiculously expensive.

With them dropping OAN, that's the last straw.

Others cheered the non-renewal announcement.

Bravo, DirecTV.?? I'm sure your delusional viewers will start crying that this is the result of socialism. (Article from the Wall Street Journal, the bastion of liberal news. Yes, that's sarcasm) pic.twitter.com/IPevLObcRE

DirecTV plans to drop OAN, dealing a major blow to the conservative channel which has broken many major stories. OAN was a favorite of the Trump administration, and they are excellent on national security coverage.

They were always allowed to asks questions at press conferences and briefings, and President Trump never failed to call on Chanel Rion…. As regular readers know, a number of our articles originated on OAN, and the channel is constantly on at RSC headquarters in Washington, DC.

Despite the troubling news — which OAN hadn’t noted on its website as of 8:50 p.m. — the network isn’t backing off platforming the 45th president.

OAN says: “We have a weekend programming alert for our viewers as former President Donald Trump is gearing up for a rally in Arizona. On Saturday, January 15th Trump will speak to tens-of-thousands of supporters in Florence, Arizona at 9pm ET/ 6pm PT.”

Reuters contributed to this report.

Republished from The Times of San Diego which, allong with The Moderate Voice, is a member of the San Diego Online News Association.