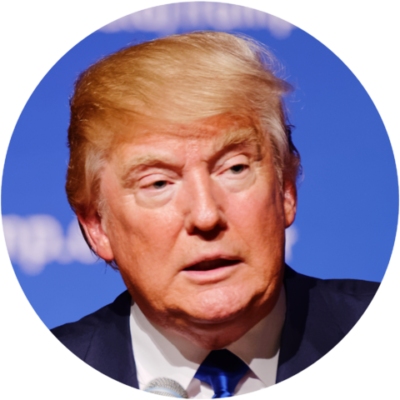 Vanity Fair’s Gabriel Sherman (one of my favorite journalists) reports that Donald Trump is increasingly desperate and down about his nosediving poll numbers. So much so that he called one of his Fox News unofficial advisors, Tucker Carlson, and asked Carlson (who some GOPers now say is arousing interest as a Presidential candidate in 2024) what he should do.

Here’s part of his report:

With Donald Trump’s approval sinking to Jimmy Carter levels and coronavirus cases spiking across the country, Trump is reluctantly waking up to the grim reality that, if the current situation holds, his reelection is gone. Republicans that have spoken with Trump in recent days describe him as depressed and “down in the dumps.” “People around him think his heart’s not in it,” a Republican close to the White House said. Torn between the imperative to win suburban voters and his instincts to play to his base, Trump has complained to people that he’s in a political box with no obvious way out. According to the Republican, Trump called Tucker Carlson late last week and said, “what do I do? What do I do?”

To console himself, Trump still has moments of magical thinking. “He says the polls are all fake,” a Republican in touch with Trump told me. But the bad news keeps coming. This week, Jacksonville, Florida—where Trump moved the Republican National Convention so he could hold a 15,000-person rally next month—mandated that people wear masks indoors to slow the explosion of COVID-19 cases. According to a Republican working on the convention, the campaign is now preparing to cancel the event so that Trump doesn’t suffer another Tulsa–like humiliation. “They probably won’t have it,” the source said. “It’s not going to be the soft landing Trump wanted.”

Nervous Republicans worried about losing the Senate are now debating when to break from Trump. Trump campaign internal polls show Trump’s level of “strong support” dropping from 21 to 17 points since last week, a person briefed on the numbers said. A source close to Iowa Republican Joni Ernst’s campaign said Ernst advisers are upset that a solid seat is now in play. “Joni’s campaign is pissed. They should not be in a competitive race,” the source said. (“This is completely false,” an Ernst campaign spokesperson said in a statement. “Folks are energized about re-electing Joni Ernst, President Trump and the rest of Republican ballot in Iowa this November.”) A Republican strategist close to Mitch McConnell told me that Republicans have Labor Day penciled in as the deadline for Trump to have turned things around. After that, he’s on his own.

Trump should be concerned which means Americans should be concerned because it’s likely he will take norm-shattering to even greater heights. A new poll finds more voters rule out ever voting for Trump then his likely Democratic rival Joe Biden. Intense voter suppression, some kind of a big event, or some info that comes out about Biden (most likely from a foreign source again) could be on the U.S. political horizon.

As I and many others have repeatedly noted, Trump won and rather than expand his base he has spent his presidency focused totally on the base. Rather than a unifying President, even a highly partisan President, Trump has been President of the base, by the base and for the base. Biden has a double digit lead nationally over Trump. Even though polls at this point in a Presidential race are largely meaningless, this makes the hole Trump has to climb out of vastly bigger.