Posted on January 10, 2022
You are here: Home / Featured / Report: Trump called aides hours before Capitol riot to discuss how to stop Biden victory 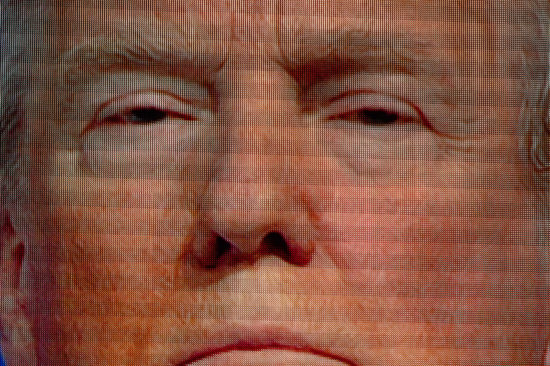 The more info comes out about the January 6 “insurrection,” or “riot,” the more it becomes clear that, yes, this was a coup attempt. And, yes, Donald Trump was active behind-the-scenes on January 6 trying to find a way to stop the cerfictication of Joe Biden. The latest bombshell report comes from The Guardian.

Hours before the deadly attack on the US Capitol this year, Donald Trump made several calls from the White House to top lieutenants at the Willard hotel in Washington and talked about ways to stop the certification of Joe Biden’s election win from taking place on 6 January.

The former president first told the lieutenants his vice-president, Mike Pence, was reluctant to go along with the plan to commandeer his largely ceremonial role at the joint session of Congress in a way that would allow Trump to retain the presidency for a second term.

But as Trump relayed to them the situation with Pence, he pressed his lieutenants about how to stop Biden’s certification from taking place on 6 January, and delay the certification process to get alternate slates of electors for Trump sent to Congress.

The former president’s remarks came as part of strategy discussions he had from the White House with the lieutenants at the Willard – a team led by Trump lawyers Rudy Giuliani, John Eastman, Boris Epshteyn and Trump strategist Steve Bannon – about delaying the certification.

Multiple sources, speaking to the Guardian on the condition of anonymity, described Trump’s involvement in the effort to subvert the results of the 2020 election.

Trump’s remarks reveal a direct line from the White House and the command center at the Willard. The conversations also show Trump’s thoughts appear to be in line with the motivations of the pro-Trump mob that carried out the Capitol attack and halted Biden’s certification, until it was later ratified by Congress.

The former president’s call to the Willard hotel about stopping Biden’s certification is increasingly a central focus of the House select committee’s investigation into the Capitol attack, as it raises the specter of a possible connection between Trump and the insurrection.

The bottom line is that the United States is in a new normal. People have jettisoned their previous values to defend their political sports team. It’s questionable whether any new info on Trump’s role in January 6 will negatively impact even a smidgen of Trump voters.

But historians look like they’re going to have a field day with the Trump administration. Meanwhile, GOPers seem to want to run out the clock on this Congress so if they gain control in November — which seems probable — they can deep-six or undermine any investigation and let the facts go away. One problem: many in the United States electorate discount all facts contrary to their beliefs and what they hear/see in the conservative news media as lies, not facts, because they’re told they are lies.

Sources to the Guardian claim that Donald Trump himself was the kingpin at the top of the conspiracy to overthrow democracy on January 6.

If this same claim is made by witnesses before a grand jury, it's doom for all of them. https://t.co/CGjTOigu22

(1/2) We've all heard the term "smoking gun." It refers to an object or fact that is conclusive evidence of a crime. It's often circumstantial evidence, but the strongest kind. @hugolowell's piece in The Guardian indicates that phone records WILL be a smoking gun against Trump.

This was a coordinated attempt to overthrow the United States Government.
We need a special prosecutor.
Where the heck is DOJ?