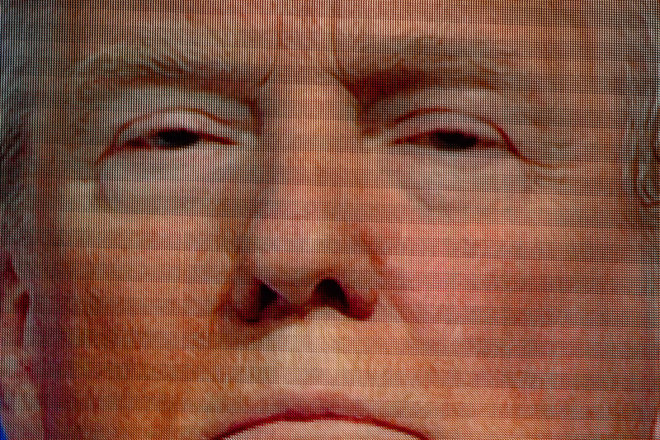 Trump reportedly wanted the Justice Department to declare the 2020 election results corrupt and added: “Leave the rest to me.”

With each passing day reports come out showing how the United States dodged a bullet when it came to Donald Trump, who will go down as one of the most authoritarian, dangerous and corrupt presidents in American history.The latest from the New York Times, which says document show Trump pressed the Justice Department to declare the election corrupt to try and overturn it. “Leave the rest to me…” he reportedly said.

President Donald J. Trump pressed top Justice Department officials late last year to declare that the election was corrupt even though they had found no instances of widespread fraud, so that he and his allies in Congress could use the assertion to try to overturn the results, according to new documents provided to lawmakers and obtained by The New York Times.

The demands were an extraordinary instance of a president interfering with an agency that is typically more independent from the White House to advance his personal agenda. They are also the latest example of Mr. Trump’s wide-ranging campaign during his final weeks in office to delegitimize the election results.

The exchange unfolded during a phone call on Dec. 27 in which Mr. Trump pressed the acting attorney general at the time, Jeffrey A. Rosen, and his deputy, Richard P. Donoghue, on voter fraud claims that the department had disproved. Mr. Donoghue warned that the department had no power to change the outcome of the election. Mr. Trump replied that he did not expect that, according to notes Mr. Donoghue took memorializing the conversation.

“Just say that the election was corrupt + leave the rest to me” and to congressional allies, Mr. Donoghue wrote in summarizing Mr. Trump’s response.

Mr. Trump did not name the lawmakers, but at other points during the call he mentioned Representative Jim Jordan of Ohio, whom he described as a “fighter”; Representative Scott Perry of Pennsylvania, who at the time promoted the idea that the election was stolen from Mr. Trump; and Senator Ron Johnson of Wisconsin, whom Mr. Trump praised for “getting to bottom of things.”

The notes connect Mr. Trump’s allies in Congress with his campaign to pressure Justice Department officials to help undermine, or even nullify, the election results.

The slew of books coming out have already soiled Trump’s legacy and started to create a history narrative about Trump, who historians already now rank among the worst Presidents (Baraka Obama is now in the top 10). Add that to the House January 6 committee and the already disgraced-in-many-eyes’ Trump’s standing with non-Fox News viewers, suburban voters, and indepedent voters will sink even further. If Trump does run in 2024 the outlook isn’t stellar for his poll numbers to go up.

It's difficult to overstate how much this reeks of criminal intent on the part of the former guy. https://t.co/xD3WkYfDoh

NEW: House Oversight releases former Acting Deputy AG Donoghue’s handwritten notes detailing a phone call in which Trump pressed them to say the election was “corrupt” and “leave the rest to me.”https://t.co/GOD0TTBfF0

Trump pushed the DOJ to "just say that the election was corrupt and leave the rest to me." He tried to usurp our democracy.

While Trump failed, he came awfully close. We need reform to ensure that no president can abuse his power in this way ever again. https://t.co/6s2JFjWCSS

ROTTEN TO THE CORE: “Just say that the election was corrupt + leave the rest to me” and congressional allies, DOJ official wrote summarizing Mr. Trump.

He’s still pulling GOP strings – but they can’t stop the #January6th Committee from exposing the truth!https://t.co/fqIrH5u8ND

Oversight's Maloney on the Trump news:

"The Committee has begun scheduling interviews with key witnesses to investigate the full extent of the former President's corruption, and I will exercise every tool at my disposal to ensure all witness testimony is secured without delay."

I'm going to have to give this a little thought but this effort on the part of Trump could be the single most corrupt–majorly corrupt, dangerously corrupt–act in the history of the United States. It is a president seeking to end our democracy, to steal an election. https://t.co/2Ypm2mPl0c

This is a bombshell story, and this quote perfectly sums up why 40% of Americans have lost their goddamn minds.

“'You guys may not be following the internet the way I do,' Mr. Trump said, according to the document."https://t.co/FFSNaiaO2w

According to notes, Trump LITERALLY told DOJ last year, "Just say that the election was corrupt + leave the rest to me." https://t.co/uf31xpTZ05

And why did trump think this was possible? Because his DOJ already did so many other corrupt deeds to protect him. https://t.co/RXAn9IBl8N

The justice department has to prosecute this. Merrick Garland, and Joe too, need to grow some balls and defend our democracy. https://t.co/ImjzPDNBbr

For more comments on this story GO HERE.