Posted on July 16, 2021
You are here: Home / International / Relief at Trump’s probable defeat is mixed with unease at a Biden presidency 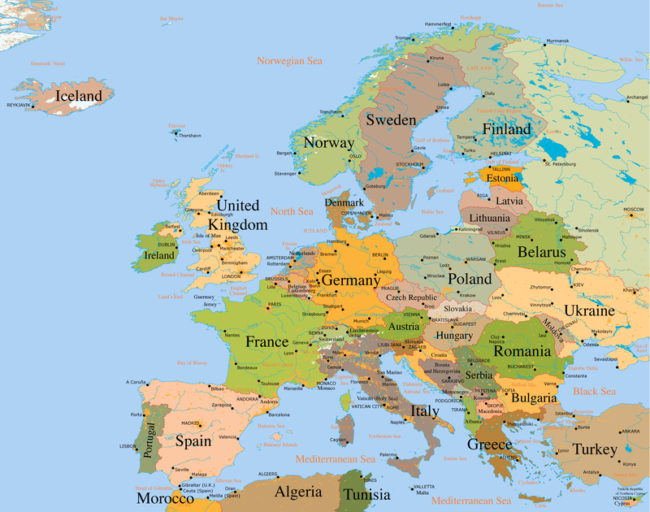 A mixture of relief and unease is descending upon key capitals of European democracies. Relief that Donald Trump might be defeated on 3 November and unease that Joe Biden will be the new president.

Trump’s domestic opponents in America will wish him good riddance and are eager to cast anti-Trump rather than pro-Biden votes.

But other countries are concerned mainly with US foreign affairs and worry that old-school Biden may be unsuited to fighting their corner in a new rough and tumble world.

Biden will enter a rapidly changing world where the US is no longer the indispensable power. The changing global environment has new regional power centers in China, Russia, Turkey, Saudi Arabia, Iran, India, Indonesia, Mexico and Nigeria. There will be others in Africa and Latin America.

The world Biden knew during his 47 years in politics was one where the US still had allies and friends that trusted it willingly. Trump has thoroughly disrupted those relationships. Biden promised last week to repair the damage caused by Trump’s foreign policies but he cannot simply roll back to a status quo ante.

The changes caused by Trump are big breaks from past decades. They include trade battles with China and Europe, his explicit pro-Saudi and pro-Israeli tilt, defiance of the United Nations and all other signatories to the nuclear agreement with Iran, and failure to extricate from wars in Syria, Afghanistan, Iraq, Yemen and Libya.

His weaponization of the dollar and enforcement of heavy penalties on European and other companies that skirt Washington’s maximal sanctions against Iran are causing widespread resentment. They are seen as abuse of US financial power to impose its laws beyond its borders.

Of course, there is hypocrisy in European doubts about Biden’s ability to set things right after Trump. Europeans, including France, Germany, Britain, Italy, Holland, Spain, Denmark, Sweden and Norway, are complicit in all the wars that Trump inherited, as are Australia, Canada, New Zealand, South Korea, Japan and the NATO command. None of them has offered better ideas than Biden so far.

But Trump did add something new to that inheritance. He lost the trust of European allies because his foreign policies triggered their emasculation by casting doubt on unconditional American support for their security and economic interests.

He also went over their heads to impose his personalized brand of putting America first. European leaders could only wring hands in anger and bewilderment at Trump’s disdain for their advice and disregard for long cherished relationships.

Whatever their doubts about Biden, democracies allied to the US do need a savior in a multipolar world where no single country will have enough loyal friends to call the shots in economic affairs.

European countries have always been weak and have used alliance with US power to protect their political and economic interests around the world.

Trump has closed that umbrella by telling each country to do more for America to receive patronage similar to the past.

But Trump’s foreign policy beliefs are not the only reasons. The bigger causes lie in deep divisions in Congress and among American voters on whether the US should continue to shoulder far heavier burdens as the leader of democracies than the European and Asian countries it protects.

This realignment of the US-Europe relationship away from the habits of more than 70 years has shocked many governments, including Britain, France, Germany, Italy, Spain and Holland.

But they cannot escape a share of the blame. They became complacent about the US because of a belief that despite the Cold War’s end 30 years ago, current American rivalry with Russia and China makes European support indispensable for Washington.

Now, they worry that Trump may be followed later by others like him. So they are uncertain whether the US is still a pillar worth leaning on, at any price.

Some of their skepticism is justified because the US is no longer rich enough or advanced enough technologically to be the undisputed locomotive pulling the European and global economies. Biden cannot undo all of those shortfalls.

Money will remain tight because the Covid-19 pandemic is piling gigantic debts upon a faltering US economy. At the same time, a wobbling world economy no longer has the wealth needed to buy as much from America as in the past, except perhaps China.

The pandemic has caused much more protectionism in trade and worsened the negative impacts of Trump’s trade war with China. These struggles will weigh on global economic growth for years.

All of these are the backbones of future manufacturing. Of course, the US will catch up because of its superior market-oriented systems for running leading edge companies, financial innovation and legal protections.

But the foreign jury is still out on whether Trump or Biden would be the better leader for these purposes.

Biden cannot expect much help from European governments. French President Emmanuel Macron and German Chancellor Angela Merkel have repeatedly said that Europeans should be more self-sufficient and reduce economic and trade dependence on both the US and China.

The European Union has already embarked on these paths and will continue regardless of who controls and White House. It will cooperate with Washington but also try to retain independent capabilities as a technology leader.