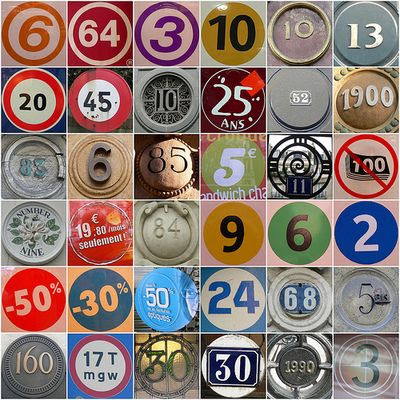 The hue and cry for independent and third-party candidates has seemingly died down during the current campaign season — though I doubt those who favor something beyond the R-and-D paradigm will remain quiet for long.

Before they renew their efforts, they may want to read and consider the implications of “A systemic problem” — one of the articles featured in The Economist’s recent special report on Israel.

From the heart of that article:

There are 12 parties in the current Knesset, and over 140 have sat in its plenum in the past six decades, many of them one-hit wonders formed for bargaining purposes. To gain a majority a coalition must typically include four or five parties, spanning a wide ideological spectrum. Usually at least one is a religious or populist party that makes its support conditional on expensive budget handouts.

At its mildest, this means that ministers in the same cabinet publicly squabble all the time. More seriously, politicians are accountable to their party but not their voters. Parties that are brought in to make up the coalition numbers wield disproportionate clout, so extremists set the agenda. Pork-barrelling is rife. And important reforms are distorted by political haggling.

Israel’s experience contrasted with America’s prompts an obvious question: If two parties leave the American electorate restless for more – but 12 parties make Israeli politics “chronically dysfunctional” – then what’s the ideal number, the close-to-perfect balance? How many is too many? How many is just right?

One commenter to The Economist article suggested that the better question is: At what vote threshold should a party be allowed to earn a seat in the government? The commenter opined that this threshold should be set at 5% – i.e., if your party’s candidates don’t earn at least 5% of the vote, then … tough luck, you’re out. But in Israel, that’s apparently easier said than done. Case in point:

… the three Arab parties, who between them muster 11 of the 120 Knesset seats (and are ideologically poles apart), want to block an increase to the threshold for representation in parliament, because that would force them either to merge or accept that they would get no seats at all.

Later in the article, we read:

“ … One of the parties’ best arguments against change is that a country with so many distinct minorities cannot afford to have a political system that disenfranchises any of them.”

But how much is the fear of being disenfranchised really a fear of compromise? How much is this resistance to change a sign that fringe parties prefer narrow-minded platforms over broadly appealing ones? Are these fringe parties ultimately more focused on what will best serve their interests than on what will serve their country’s interests? The Economist article suggests the answer to the last question is a resounding “Yes.”

Of course, even with only two major parties in the U.S., we’re not immune to movements that value party over country — a reality we’ve witnessed repeatedly during the last 15-plus years; thank you very much, Mr. Penn and Mr. Rove.

On the other hand, the two major U.S. parties have learned the value of intra-party compromise: consider the grumbling coalescence of the Republican circle around McCain. There are also signs that bipartisanship is still possible, even in these fractious times: consider the lauded efforts of House Majority Leader Steny Hoyer to build bridges between Democrats and Republicans.

Despite these signs, I increasingly wonder if the best answer to the question — if the ideal number of political parties — is not something between 2 and 12 … but zero. George Washington certainly thought so, as he articulated in his farewell address in 1796:

… the common and continual mischiefs of the spirit of party are sufficient to make it the interest and duty of a wise people to discourage and restrain it.

It serves always to distract the public councils and enfeeble the public administration. It agitates the community with ill-founded jealousies and false alarms, kindles the animosity of one part against another, foments occasionally riot and insurrection. It opens the door to foreign influence and corruption, which finds a facilitated access to the government itself through the channels of party passions. Thus the policy and the will of one country are subjected to the policy and will of another.

There is an opinion that parties in free countries are useful checks upon the administration of the government and serve to keep alive the spirit of liberty. This within certain limits is probably true; and in governments of a monarchical cast, patriotism may look with indulgence, if not with favor, upon the spirit of party. But in those of the popular character, in governments purely elective, it is a spirit not to be encouraged. From their natural tendency, it is certain there will always be enough of that spirit for every salutary purpose. And there being constant danger of excess, the effort ought to be by force of public opinion, to mitigate and assuage it. A fire not to be quenched, it demands a uniform vigilance to prevent its bursting into a flame, lest, instead of warming, it should consume.

Those of you who regularly read my posts may find it peculiar that I, of all people, am channeling Washington’s concern. Aren’t I the same person who — only a year ago — decided to support efforts to reform and revitalize the GOP, largely because I felt it was important this country have at least two, equally strong and viable parties? Yes, I am. So why do I now stand on the doorstep of a possible change of heart? There are four related and overlapping reasons:

(1) The juxtaposition outlined above, of Israeli politics, our politics, and President Washington’s admonition.

(2) I have studied more closely during this election season than any prior season the behavior and messaging of the national party organizations. And I’ve concluded from that analysis that, despite the noble efforts of people like Steny Hoyer, the parties on balance are thoroughly and perhaps incurably addicted to the very practices President Washington condemned — to “agitat[ing] the community with ill-founded jealousies and false alarms, kindl[ing] the animosity of one part against another.”

(3) I’m also more cognizant than ever of the dangerous inflexibility of ideologies and blind, rote adherence to them — see the first part of my still-to-be-seconded “None of the Above” series.

(4) I’ve been impressed, of late, by an expanding list of examples that seem to prove diversity of thought is not dependent on a corresponding diversity of political parties. Counted on this list of examples are McCain (bucking the GOP on environmental issues), Obama (bucking the Dems on R&D tax credits for businesses), Lieberman (bucking the Dems on war), and Hagel (bucking the GOP on war). We could also add to this list the characterization of Western Pennsylvania, by Obamacan Tony Campbell, as a place where there are conservatives and progressives, albeit from the same party.

Similarly, remember that in November 2006 the Dems regained majorities in the House and Senate in part because they rediscovered the merits of a Big Tent party, and thus boosted conservative candidates in conservative districts.

Finally, consider the experience I had this week at a fundraiser for West Virginia Governor Joe Manchin’s re-election campaign, hosted by Sen. Jay Rockefeller.

Coal is critical to West Virginia’s economy but it’s also considered by many Democrats as an irredeemably “dirty” source of energy. Talking casually at the fundraiser with a former member of Manchin’s staff, I had to ask if the governor was more pro-coal than many of his Washington colleagues. “Absolutely yes,” was the gist of the former staffer’s answer. He quickly added that, despite those views, Manchin remains a rising star in the party — evidenced in part by the first-term Gov’s chairmanship of the Democratic Governors’ Association — and he is being heavily courted by party leaders to take on a more prominent, national role.

In short, if there are signs (from Israel to modern America to infant America) that parties can be obstructionist and counterproductive — and if there is good reason to believe diversity of thought will survive the demise of parties — then why do we cling to them? Why do we tolerate them? How much simpler and straightforward (and less expensive) would our political lives be if we eliminated primaries and caucuses and general elections, and focused instead on one election and one set of campaigns leading up to it? As I recall, there were 20-some Presidential candidates spread across the two parties when the primary season opened. Surely, that number or even half of it is enough to give Americans a sufficient range of choices to consider for the highest office in the land.

Granted, there are the stubborn hurdles of organization and recruiting, fundraising and collaboration, which parties conveniently solve — but are those hurdles insurmountable without parties? I, for one, am not sure they are.