Categories Menu
Home » Democracy » Past Presidents define us: A perversion of national ideals

Past Presidents define us: A perversion of national ideals 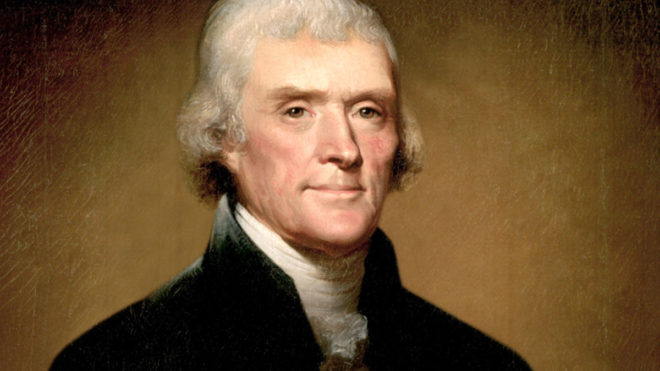 April 13 is Thomas Jefferson’s birthday. A Founding Father, he wrote the Declaration of Independence and was part of the group who drafted our Constitution and the Bill of Rights. He and other significant presidents have much to teach us. Jefferson articulated the ideals that define our republic. We are a nation not of peoples but of ideals.

They unite us into one nation (E pluribus Unum).

Here is what they had to say: The Preamble to the Constitution: “We the People of the United States, in Order to form a more perfect Union, establish Justice, insure domestic Tranquility, provide for the common defense, promote the general Welfare, and secure the Blessings of Liberty to ourselves and our Posterity, … establish this Constitution …” John Adams said, “Government is instituted for the common good; for the protection, safety, prosperity, and happiness of the people.” The job of government and president is clear.

Our founders were concerned to avert a monied class with power based on wealth, not the common good. Concentrated wealth was seen as a serious threat. “Property monopolized (by) a few is a curse to mankind,” Adams. Madison favored laws that, “without violating the rights of property, reduce extreme wealth … and raise extreme indigence toward a state of comfort.” Thomas Jefferson feared “an artificial aristocracy founded on wealth and birth, without either virtue or talents … and provisions should be made to prevent its ascendancy.” Jefferson warned against “government … founded on banking institutions and … corporations … ruling over the … beggared yeomanry.”

To prevent plutocracy, they favored taxation on large estates. The estate tax of 1916 under President Woodrow Wilson passed precisely to break up large accumulations of wealth and political power. Alexis de Tocqueville believed that breaking up of large estates was a cornerstone of America’s success. “Most important for democracy is not that great fortunes should not exist, but that great fortunes should not remain in the same hands. In that way there are rich men, but they do not form a class.”

They have brought into being a right wing Supreme Court, multiple techniques of voter suppression, extreme gerrymandering, climate change denial, and various groups transforming America into a haven for the wealthy, as described in Jane Mayer’s “Dark Money.”

For Jefferson, “It is a sin to be silent when it is your duty to protest.” Professionals who defied presidentially mandated silence, courageously testified that President Trump’s actions pose a serious threat to our national security. These and other witnesses were blocked in the Senate trial.

President Eisenhower would object. “If a political party does not have its foundation in … a cause that is right and … moral, then it is not a political party; it is merely a conspiracy to seize power.” For Trump, the press is “the enemy of the people,” the president is above the law, the EPA must be gutted, career professionals and scientists ignored. He refuses to turn over subpoenaed documents. He prevents witnesses from testifying. Dictators he praises, allies he betrays and dismisses, science he mock and disregards. All un-American.

This is “liberalism.” “If by a ‘liberal’ they mean someone who looks ahead … someone who cares about the welfare of the people — their health, their housing, their schools, their jobs, their civil rights … if that is what they mean by a ‘liberal,’ then I’m proud to be a liberal,” said President Kennedy.

Let us hope for a return to our founding vision. For now, it is Cry the Beloved Country.