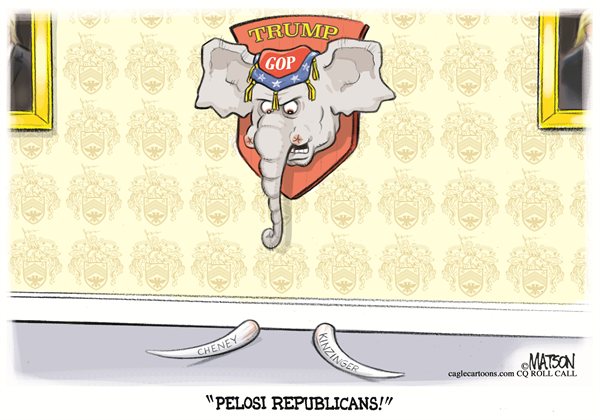 Why does it seem impossible for politicians to understand that doing what is best for the country is more important than doing what is best for one’s political party? Truly patriotic Americans must know that sometimes one has to sacrifice one’s personal ambitions and aiding one’s political party if the necessary actions will injure America and its democratic system. While members of both political parties don’t seem to accept the notion of country over party in all instances, the Republican Party is overwhelmingly self-interested and unwilling to do what is best for the nation, using various excuses and placing the blame on the Democrats. Their use of misinformation and false information is fired off in a constant barrage to assuage their leader Donald Trump and to confuse and/or capture the American public.

Republican leaders are not ignorant and know that Democrat Joe Biden won the 2020 presidential election by a wide margin. Yet virtually all Republicans insist that the election was stolen by Joe Biden and the Democrats, and that Donald Trump should really be president. At all the Trump rallies he emphasizes that the election was stolen and that Biden’s position is rightfully his. He uses these lies to fund raise and scam money from uninformed supporters who believe what Trump tells them. His rallying cry of “Stop the Steal” is repeated endlessly by his base and seen in bumper stickers, flags, advertisements and so forth. The fact that Republican leaders support Trump’s false claims provide them with some credibility although they are blatant falsehoods.

Trump’s personality of malignant narcissism may make him detached from reality to the point where he may believe his own lies about the election. But the remaining leadership of the Republican Party know these are lies and that Biden is the rightful president. Yet the vast majority of Republicans are willing to back Trump and his lies. They are afraid of incurring his wrath and being primaried by his supporters. Aside from Liz Cheney and Adam Kinzinger, Republicans and their leaders are totally lacking in courage.

They must also know what their stances are doing to American democracy. A large percentage of American citizens have no faith in our electoral system and democracy itself, believing that elections can be stolen. There is also no faith in our political institutions doing the right thing for the nation, including Congress, the Courts and the presidency. This is all because Republicans are reinforcing what they feel is best for their party instead of what is best for the country. How can Americans turn this around? How can we restore faith in our government institutions and in democracy itself when it seems that the Republicans just do not care and keep propagating Trump’s lies?

A third party of moderate Republicans willing to stand by the truth together with centrist Democrats may be able to restore faith in democracy to the electorate. However, given the tribalism and the strong attachment of the far right and far left to their concepts of the truth, forming a centrist third party with any chance of winning is remote. Perhaps when the youth of America flood the voting booths, an opportunity for change will arise. www.robertlevinebooks.com Buy The Uninformed Voter on Amazon or Barnes and Noble