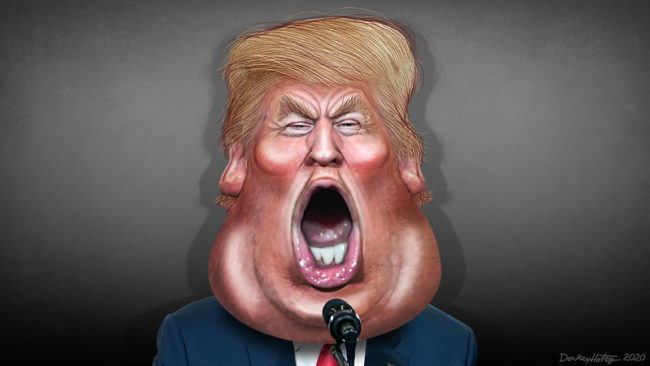 Donald Trump has been out of office now for almost two years, yet he continues to dominate the news. We can’t get rid of him from the front pages of our newspapers or the lead segments of our news programs. He sticks around like a piece of gum on your shoe that you can’t get off. Most of the news regarding the Donald is negative at this time, with him involved in multiple lawsuits and possible criminal actions. Though he continues to complain that the 2020 presidential election was stolen from him, it appears that he stole classified documents from the White House when he was packing up and moving out. Though he claims to have declassified these documents, there is no actual evidence that he did so. The Department of Justice is pursuing Trump regarding these documents and it remains to be seen whether or not he will be indicted for this action.

Though he is being sued for tax fraud by New York State, the case has also been referred to the federal system in the Southern District of New York for possible criminal charges. For decades, Trump and his organization was shown to have falsified documents in terms of valuing his real estate assets up or down in ways that would save him money in taxes or for insurance. In addition, Trump is being investigated by a grand jury in Fulton County Georgia for possible criminal charges in trying to overturn the results of the election in Georgia. There is also legal action against Trump pending in Washington and various other venues.

Yet with all the legal problems involving Trump, both civil and possible criminal, the vast majority of the Republican Party continues to support him and defer to his judgement when conflicts arise. Most of the candidates for various offices that he backed in the Republican primaries won their contests and these election deniers will be the official candidates of the GOP. And the elected Republican politicians at all levels for the most part are elections deniers though privately they realize that Trump lost.

Trump is both a symptom and a cause of the precarious position of American democracy with threats of violence coming from his acolytes if he is criminally indicted. Unfortunately, most Trump supporters are misinformed about Trump’s illegal and unethical activities, as they get their news from sources that do not verify their stories. Misinformation and disinformation is circulated by the Trumpies on social media and considered accurate by those who are unwilling to dig deeper into supposed news. In a bizarre twist, on Fox News, Trump claimed the ability to declassify documents merely by thinking about it. I guess he also has the same power to change people’s ballots merely by thinking about it. Or perhaps change people’s minds by witchcraft.

But the main story is that Trump remains prominent in the public eye, often blocking out more important and relevant news. How do we get this piece of gum off our shoes when so many Americans still listen to what Trump has to say and believe him? Americans need to let Trump drift into obscurity instead of paying so much attention to his every move. His presence in our kitchens and living rooms just seems to go on and on.