You can always leave it to the ideologues of the Right to view events through funhouse mirror lenses:

Making the comparison with Baltimore, many on the left — Salon’s Jenny Kutner, to take an example — demanded to know why the media did not describe the events in Waco as a “riot.” The answer, obviously enough, is that the event in Waco was not a riot — it did not represent a general state of civil disorder, there were no mobs targeting property for destruction, etc. What happened in Waco was accurately described — in the New York Times, the Waco Tribune, USA Today, and many other outlets — as a gunfight. Also chaos, biker gang shooting, the work of very dangerous, hostile criminal biker gangs, and, in case that is not strong enough for your taste, something akin to a war zone. What happened in Baltimore was not a gunfight.

Thanks National Review Online. Second paragraph of the story is the patented Limbaugh Ourbouros Argument, formerly known as the straw man in the one-person debate: a tissue-thin monolith is constructed and then “demolished” in the public square (and not the pubic hair.) But it completely misses the point.

A short but necessary digression: Ah, National Review. Some remember a time when it represented a different rational take on the Universe and not another Universe.

Just last night my wife and I were recalling when Theodore Sturgeon wrote for William F. Buckley at his National Review, because Buckley liked Sturgeon’s writing, even though they were politically at antipodes and it was no secret. And they could correspond and be cordial and even friendly. Then, reasonable men could disagree reasonably. It is a measure of our blighted age that no equivalent could occur today in the separate Universes Right and Left and Middle occupy. 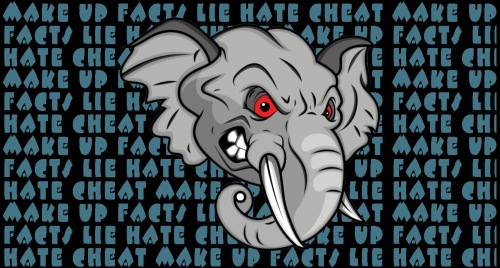 Which is the proper segue: in all of the Realms of the Multiple Worlds, this story barely led if it led at ALL. Think of Columbine.

It dominated the front pages for weeks, THIS? Why it’s just a bunch of White Texas Bikers With Guns. And, laughably, the Waco police are saying “enough bloodshed,” and are asking the biker gangs to stand down. They hope that the gangs will honor their request.

Remember Columbine. The navel gazing went on for weeks, covering everything from creating profiles of potential mass murderers in our midst to (gasp) gun control. 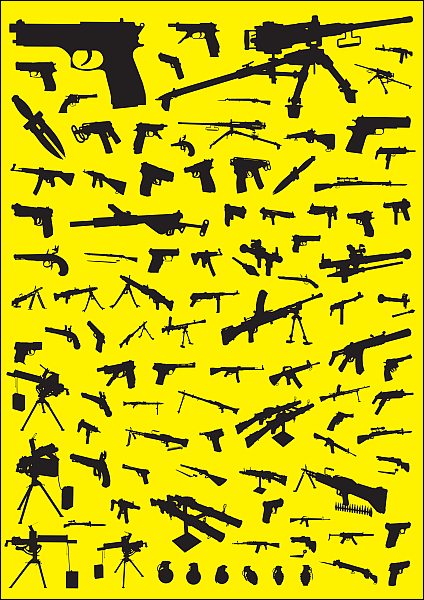 Yes, the sacred gun, the holy firearm, the venerated killing machine, the Slaughterer of Innocents and Bane of the Guilty, the Instrument of Vendetta and the Thing that the fearful and week carry to feel safe.

And yet, we are now less safe than ever.

This WAS about guns, and not a peep is being heard. This was a civil war, a firefight that erupted in Ted Nugent’s current hometown, city of choice for David Koresh’s Branch Davidian Gun and Jesus Sex Cult, but it’s being treated the same way a school bus plunging into a river is treated: a regrettable but understandable tragedy — with the caveat that all the children on the bus probably deserved to die.

A strange interplay of stereotypes gleaned from old Marlon Brando and Peter Fonda movies, along with our national understanding that there is a separate and special dispensation for rabid dog madness in Texas because, well, it’s TEXAS. 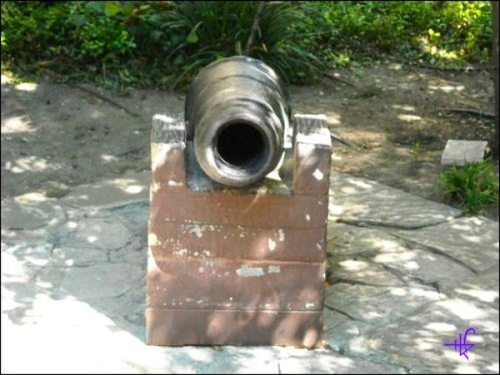 Comic relief from the National Review article above:

Of course there is a good reason that the National Guard wasn’t called out in Waco: It wasn’t needed. The Waco police did not follow the lead of the Baltimore police; the mayor of Waco did not follow the lead of the mayor of Baltimore and declare an outlaw-biker free-fire zone. Instead, the police swooped in, arrested the better part of 200 people, started booking them, and peace was restored. And nobody in Waco gave any press conferences about the need to understand the legitimate rage of the poor white peckerwood dumbass class. 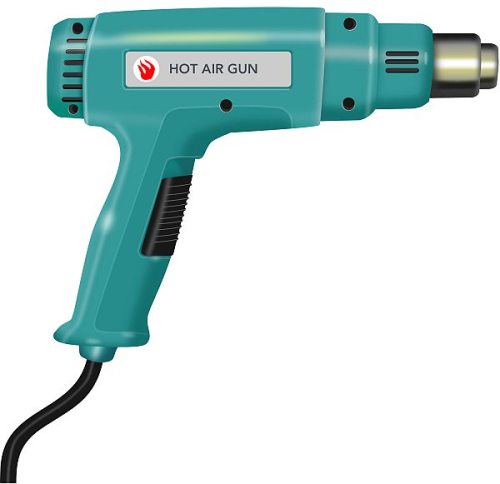 No: this is not about “poor white peckerwood dumbass class.” (But nice straw man. I guess that bashing Blacks in Maryland trumps talking about homicidal whites with massive firepower in Texas.)

It’s about gun culture gone mad, and a culture so inured to madness and violence — especially GUN violence — that hundreds of bikers engaging in a massive shootout that leaves nine dead causes said culture to YAWN. 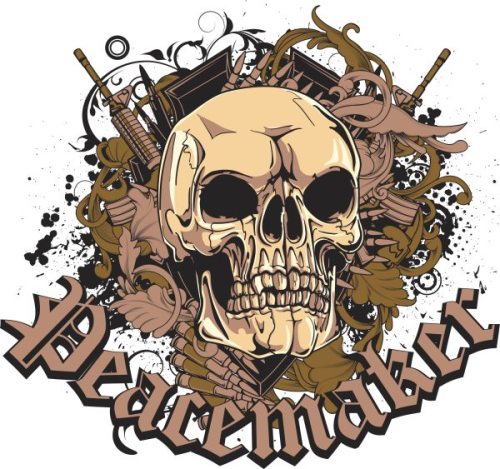 Think about it: nine dead on Afghanistan would have been a top story. Nine shot dead in Manhattan would be THE story for the rest of the month.

But this is virtual civil war–fueled, make no mistake, by the casual, obsessive and fetishistic gun  culture that has gone crazy since the Black man was elected president (do I need to remind you about the sales of guns and ammo that went and remain so nuts that hunters were having trouble finding ammunition in recent hunting years?) we have become the infamous frog in the boiling water.

Were we still sane, and, say, living in the Twentieth Century, this would be a national scandal. 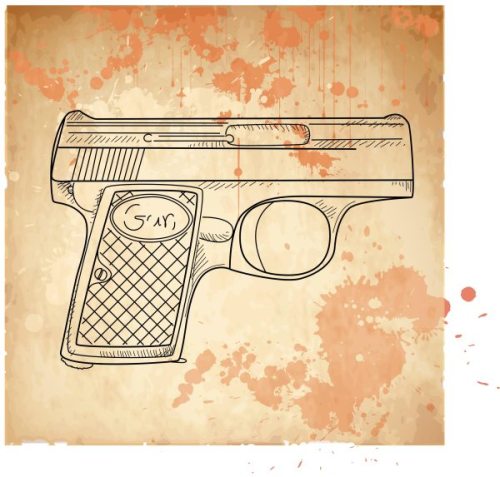 As it stands it’s a kind of sideshow brushed from the front pages by the latest political posturings of candidates in the obscene and unwarranted marathon of the 2016 Presidential Race (which has spawned a NEW game show to go with last Race’s — and I DO mean RACES — ‘Who Wants to Be President?, the new What Millionaire Wants To Buy A President?”).

We are SOOOO screwed.

The major argument is (seemingly) whether this can be used to minimize or exalt the protests in Baltimore, Maryland, that an innocent Black man was killed in police custody in a horrific way, and that police killing Black men in America is a DAMNED PROBLEM, DAMMMIT. 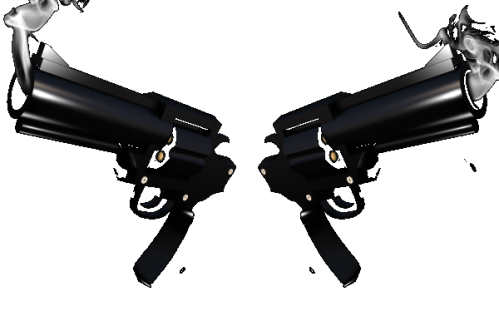 A HUNDRED OR SO HOSTILE BIKER GANG BANGERS ENGAGED IN A DEADLY, MASSIVE SHOOTOUT IN WACO, TEXAS!

Doesn’t that have a secular meaning BEYOND talking points about Neeeeegroes and reporting? Doesn’t that represent the tip of the iceberg of a direct existential threat to the very survival of our nation? And why isn’t the “Bundy” style standoff in Southwestern Oregon being reported? Isn’t that ALSO a bunch of crazy white jerks with guns deciding that THEY are the Supreme Court and can interpret how the “Government” is taking their “freedom” away?

This has nothing whatsoever to do with Baltimore and NO news reporters and damn few opinionaters have the right to draw any parallel.

This is about hundreds of questionable gun owners using “second amendment solutions” to questions of turf. You know: gorillas with guns demonstrating anthropoid dominance and the right to urinate on the rocks demarcating their “territory.” Just like almost any other mammal, except with almost unimaginable casual firepower. 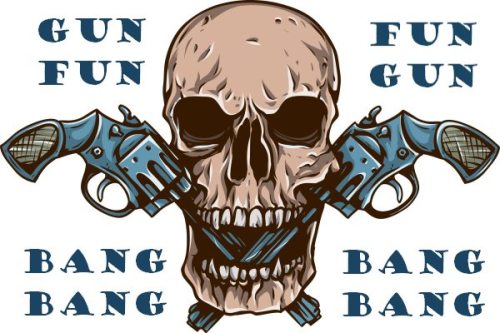 What I advocate for is for YOU, dear reader, to understand just how far we’ve hiked down the homicide trail. We’re waiting for John Brown, and now, increasingly, we have candidates for the title. But we’re like a semi carrying a full load that’s lost its brakes on a 6% mouuntain downgrade. It’s not going to get better.

The ONLY questions that the driver has is:  WHEN and WHERE do you jump?

You recall the frog metaphor?  A frog who is thrown in boiling water will jump straight out. A frog put in lukewarm water that is being slowly increased to a boil will sit in the water until it’s too later and then be consumed by hungry metaphor makers, who are peckish after a long day of painstakingly handcrafting folksy cooking metaphors. 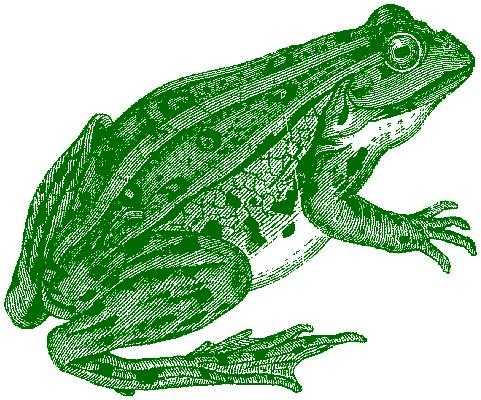 We are, metaphorically, that frog. And our media’s all but comatose response to this virtually guarantees that this is just the beginning. Remember, Georgia now has a “guns anywhere” law. Etcetera.

What was so terrible about the United States of America that we needed to make sure everyone has a gun, and that we needed to silence any voice raised above the almost religious worship of the “Founding Fathers” that their every flatulence must be lovingly preserved and venerated?

Just remember: YOU are the target demographic.

Not ONE of them could operate an iPhone.

Cross posted from his vorpal sword.