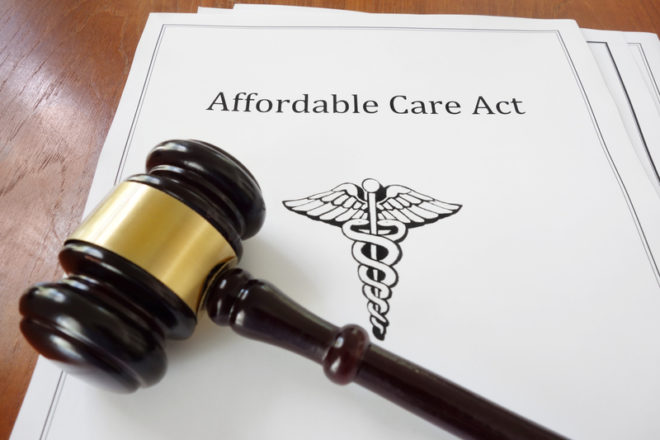 The Affordable Care Act has survived another Republican challenge. By a vote of 7-2 the high court nixed the major challenge brought by former President Trump and Republican state attorneys general. The law has now survived three challegnces but thetuling doesn’t mean this centerpiece of the Obama administraiton and hotbutton issue for Republicans won’t be challenged again. For the foreseeable future millions will retain their affordable healthcare.

The Supreme Court on Thursday upheld Obamacare for the third time and rejected a sweeping challenge backed by former President Trump and Republican state attorneys.
The 7-2 majority found that the state of Texas and other plaintiffs lacked the legal standing to sue.

The decision preserves health insurance subsidies for more than 20 million Americans and protections for tens of millions more whose preexisting medical conditions could otherwise prevent them from obtaining coverage.

The ruling stands as a final thumbs-down verdict against Trump’s promise that he would “repeal and replace” the 2010 Affordable Care Act sponsored by President Obama. Trump never devised a plan to replace the law, and both the Republican-controlled Senate and the high court with a solidly conservative majority rejected his legislative and legal bids to repeal it.

Justice Stephen G. Breyer, writing for the court, said neither the state of Texas nor the two men who joined the suit suffered a “concrete, particularized injury” that gave them standing to sue. Since Congress had reduced the penalty for not having insurance to zero, they could not claim they were being forced by the government to buy insurance they did not want, he said.

Texas Atty. Gen. Ken Paxton filed a suit in 2018 contending the entire law should be struck down because lawmakers had reduced the tax penalty to zero for those who did not buy health insurance. He argued that the mandate to buy insurance stood as a pillar that upheld the structure of the whole measure.

The decision meant the attempt to derail President Barack Obama’s landmark domestic achievement met the fate of past legal challenges, in 2012 and 2015.

The key issue this time was whether a 2017 decision by Congress to remove the penalty for not buying health insurance — the so-called individual mandate — meant that the law was unconstitutional and should be wiped from the books.

That would end popular provisions such as keeping young adults on their parents’ insurance policies, and ensuring coverage for those with preexisting medical conditions.

But the court said the states did not have the legal standing to bring the challenge.

….The red-state challenge came to the Supreme Court at an inopportune time — endangering the health-care coverage of more than 20 million Americans during the country’s gravest health crisis in a century.

Even congressional Republicans who have targeted Obamacare in the past distanced themselves from the suit brought by the Republican state attorneys general and joined by the previous administration.

The case posed three questions: Do the challengers have legal standing to bring the challenge? Did changes made by Congress in 2017 render unconstitutional the ACA’s requirement for individuals to buy insurance? And if so, can the rest of the law be separated out, or must it fall in its entirety?

Today’s Supreme Court ruling once again underscored the incredible strength of the ACA. A record 31 million people have enrolled in health care through the law – 1.2 million more signed up using the special enrollment period, open through 8/15. Sign up at https://t.co/Z1ZSzQNxNn.

I'm glad 7 Justices shot down this inane Obamacare lawsuit, but I remain appalled we ever had to take it even semi-seriously in the first place, and even more so that 2 of the 9 bought into this nonsense.

Would be great if Republicans stopped trying to take away our healthcare. Especially in the middle of a pandemic.

It was an Obama victory. That’s the be-all, end-all of their animosity over a program that relies on competition among private insurers. https://t.co/6Jc9bTr8zS

Leader Schumer: "Let me say definitively: The Affordable Care Act has won. The Supreme Court has just ruled the ACA is here to stay. And now we're going to try and make it bigger and better."

Only in the Republican party would not being able to take away people’s healthcare be seen as a loss.