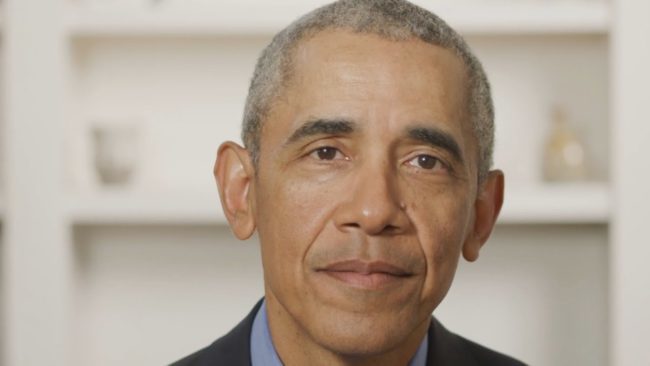 Without the springtime rituals of traditional graduation ceremonies, former President Barack Obama delivered two virtual commencement addresses on Saturday, urging millions of high school and college graduates to fearlessly carve a path and “to seize the initiative” at a time when he says the nation’s leaders have fumbled the response to the coronavirus pandemic.

The speeches, aired hours apart, combined the inspirational advice given to graduates — build community, do what is right, be a leader — with pointed criticism of the handling of an outbreak that has killed more than 87,000 Americans and crippled much of the economy.

“More than anything, this pandemic has fully, finally torn back the curtain on the idea that so many of the folks in charge know what they’re doing,” Mr. Obama said in his first address, directed at graduates of historically black colleges and universities. “A lot of them aren’t even pretending to be in charge.”

Although Mr. Obama did not mention President Trump by name, some saw his comments as criticism of his successor.

The latter paragraph is the Times being the Times. No, it isn’t just “some saw.” It is clearly a swipe at Trump without naming him. After years of being used as a political bogeyman by Trump (starting when he suggested Obama was born in Kenya) in recent months Obama has started to speak out and he’s expected to campaign for Joe Biden, if Biden as expected gets the Democratic Presidential nomination.

Some more from his speech:

In speeches that spoke to social inequities, Mr. Obama said the pandemic was a wake-up call for young adults, showing them the importance of good leadership and that “the old ways of doing things just don’t work.”

“Doing what feels good, what’s convenient, what’s easy — that’s how little kids think,” he said during a prime time special for high school seniors. “Unfortunately, a lot of so-called grown-ups, including some with fancy titles and important jobs, still think that way — which is why things are so screwed up. I hope that instead, you decide to ground yourself in values that last, like honesty, hard work, responsibility, fairness, generosity, respect for others.”

Mr. Obama’s comments were one of his few public addresses to a national audience during the outbreak, and he said a leadership void had created a clear mandate for the graduates: “If the world’s going to get better, it’s going to be up to you,” he said.

Here’s a video with his full remarks:

How stunning. The country has turned to Obama, the former President, because they realize that Trump, the current President, is incapable of inspiring the youth, healing the nation and giving us hope. What a tragedy.

Watching President Obama’s graduation address tonight I think I finally understand Obamagate. It’s the scandal of having a president being able to speak with empathy, humor, insight, inspiration and in complete and coherent sentences.

I love when Obama eviscerates Trump without ever saying his name.#GraduateTogether#ObamaWasBetterAtEverything#ObamaCommencement2020#ObamaGreat

Hey @realDonaldTrump. It must be embarrassing to watch the high school and HBCU virtual graduations and NO ONE wanted to hear you speak! America still prefers @BarackObama.

“Doing what feels good, what's convenient, what's easy—that's how little kids think…a lot of so-called grown-ups, including some with fancy titles & important jobs, still think that way, which is why things are so screwed up.”

Who could that be?

The commencement remarks were the latest sign that Obama intends to play an increasingly active role in the coming election. https://t.co/QUs7kjVQLN