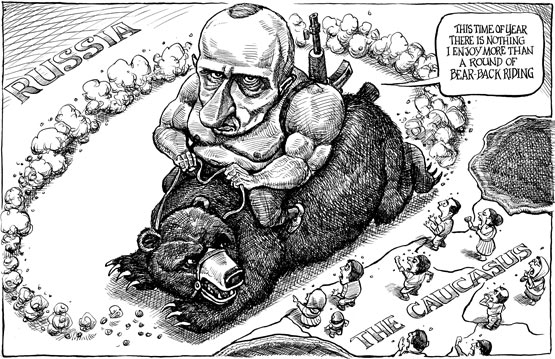 “By abandoning the shield, the Obama Administration undermines the confidence of the Baltic States and Poles that their NATO allies will respect their commitments in the event of Russian aggression. Of the poor Georgians, little more can be said.”

After writing that the cost of President Obama’s sea-based shield is far higher than Bush’s, Campeanu writes of the consequences of Obama’s decision and Eastern Europe’s sense of betrayal:

“The weakening of Poland and the Czech Republic in relation to Russia represents a more serious threat than the benefits of the new shield … It has been said many times that Obama announced the abandonment of the shield on the very day that Poles commemorated the 70th anniversary of the invasion of Poland by Stalin’s troops. That was the moment in which the first folds of the Iron Curtain fell across Europe. It took 50 years of Cold War, President Reagan’s Strategic Defense Initiative, and, especially, Polish Solidarity, to trigger its collapse. By allowing Moscow to form a sphere of influence in Eastern Europe, President Obama has given Russia the chance to erect the Iron Curtain once again.”

Whenever he had the opportunity this weekend – and since he was making the talk show circuit, he had many such opportunities – the American president discussed his administration’s decision to abandon construction of elements of an anti-missile shield in the Czech Republic and Poland, and to explain that this had nothing to do with Russia.