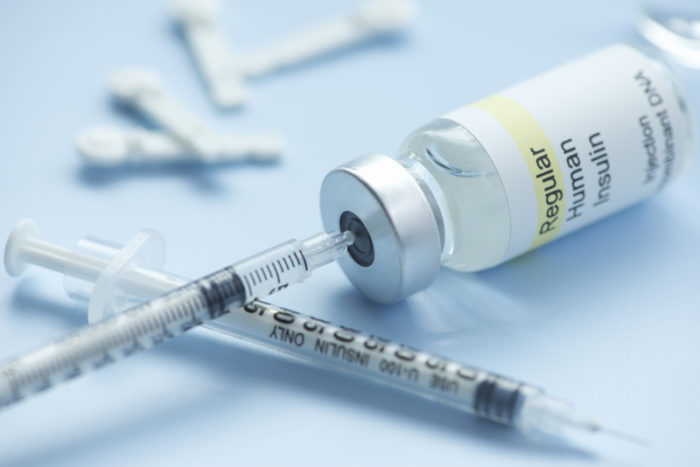 Yet another sign of how scoring political points is more important to some politicians than enacting policies that can help people or save lives. It has long been clear that “compassionate conservatism” is dead and here is definitive proof. Republicans have blocked a cap on insulin prices that Democrats were trying to put into their mammoth reconciliation package.

Republican lawmakers on Sunday successfully stripped a $35 price cap on the cost of insulin for many patients from the ambitious legislative package Democrats are moving through Congress this weekend, invoking arcane Senate rules to jettison the measure.

The insulin cap is a long-running ambition of Democrats, who want it to apply to patients on Medicare and private insurance. Republicans left the portion that applies to Medicare patients untouched but stripped the insulin cap for other patients. Bipartisan talks on a broader insulin pricing bill faltered earlier this year.

The Senate parliamentarian earlier in the weekend ruled that part of the Democrats’ cap, included in the Inflation Reduction Act, did not comply with the rules that allow them to advance a bill under the process known as reconciliation — a tactic that helps them avert a GOP filibuster. That gave the Republicans an opening to jettison it.

“Republicans have just gone on the record in favor of expensive insulin,” said Sen. Ron Wyden (D-Ore.). “After years of tough talk about taking on insulin makers, Republicans have once against wilted in the face of heat from Big Pharma.”

Some Republicans did support the price cap in the 57-43 vote for the measure, but not enough joined Democrats in support of it to meet the threshold for passage.

More than 1 in 5 insulin users on private medical insurance pay more than $35 per month for the medicine, according to a recent analysis from the Kaiser Family Foundation.

Some 7 million Americans require insulin daily. A Yale University study found that 14 percent of those insulin users are spending more than 40 percent of their income after food and housing costs on the medicine.

Despite an adverse ruling from the chamber’s parliamentarian, Democrats opted to keep the full price cap provision in the bill anyway. That gave Republicans, led in debate by Sen. Lindsey O. Graham (R-S.C.), an opening for a challenge on the Senate floor. Democrats would have needed 60 votes — their entire caucus plus the support of 10 GOP members — to beat back that challenge. They came up short.

You saw it, folks. Maybe they thought it was midnight and you wouldn’t notice. Republicans just torpedoed the insulin price cap. All we needed was ten of them to stand with us for consumers instead of for Pharma — but no. https://t.co/Qu8tTltJR6

I’m extremely disappointed that my Republican colleagues voted to keep a cap on insulin prices out of the IRA.

I will keep fighting for all those that rely on this drug.

Republicans singled out the insulin price cap—a vital, life-saving measure for which there is no rational objection—and blocked its inclusion in the bill, expressly to “deny Democrats a victory” at a cost of American lives. The ultimate expression of politics over all else.

Remember in November that Republicans in this Congress voted against capping the price of insulin but went to the mat to defend billionaire tax cheats.

If Republicans have an intellectual argument against cheaper insulin, I’d really love to hear it.

Here are the mcconnell republican senators who just killed capping insulin at $35. Republicans told millions of Americans who use insulin to go to hell. Remember their names. pic.twitter.com/NyovYZyabr

Diabetics could’ve seen insulin costs capped at $35 a month. Instead they’ll continue to pay hundreds of dollars. Why? MAGA-Republicans are so obsessed with opposing Democratic solutions that they’ll screw anyone over if it means beating Democrats. Politics won. Patients lost. https://t.co/nepoYgs94g

So Rubio and Mike Lee (to mention two Republicans who may turn out to have tougher than expected re-elects this fall) voted against the $35 insulin cap. https://t.co/lHWjoYd6aK

The GOP just successfully killed the $35 insulin provision in the bill.

This should be an ad on every TV in America. https://t.co/kmnPLfFKaI

In January I went to refill my prescription and was told my medication was now $435.

Without insulin I wouldn’t be able to function. This is life saving medication and blocking caps on costs is vile, but what did you expect from the GOP?

As someone who relies on insulin to live, I am disgusted. It’s time to remove each and everyone of them, starting right here in Kentucky.

I have no idea if the insulin cap violates the budget rules or not…but that seems to be a heck of an issue for the GOP to put front and center in an election year with a 50-50 Senate. https://t.co/K5Sfo17XeD

Insulin was invented a century ago and costs $10 to make, but drug companies gouge families for it, even charging over $1,000.

42 GOP senators just voted with Big Pharma to force Americans to pay more than $35 for insulin.

They chose corporate welfare over the middle class. https://t.co/yIVE2OhRUW

Notice that Republicans never talk about what they want to do FOR the people.

They are only focused on what rights they want to take AWAY from the people.

If you have private insurance and need insulin, Senate Republicans just voted against capping the cost of insulin at $35.

Think about that. They voted to keep your medical costs high.

Beyond the cruelty of this to millions of diabetic voters, the advantage of the issue politically is that it puts Republicans on the defensive on inflation by highlighting that they support companies taking advantage of inflation by price gouging. @danpfeiffer https://t.co/c7tQ1FXsuo

Some Americans are paying up to $900 a month for the insulin they need to stay alive. When we just tried to cap people’s out-of-pocket costs for insulin at $35 per month in the Inflation Reduction Act, Republicans blocked us. We must keep fighting to reduce the cost.