It is an ending that merits a national day of mourning.

From CNN: “Once a cultural touchstone, Mad Magazine is halting the publication of new content and vanishing from newsstands.” 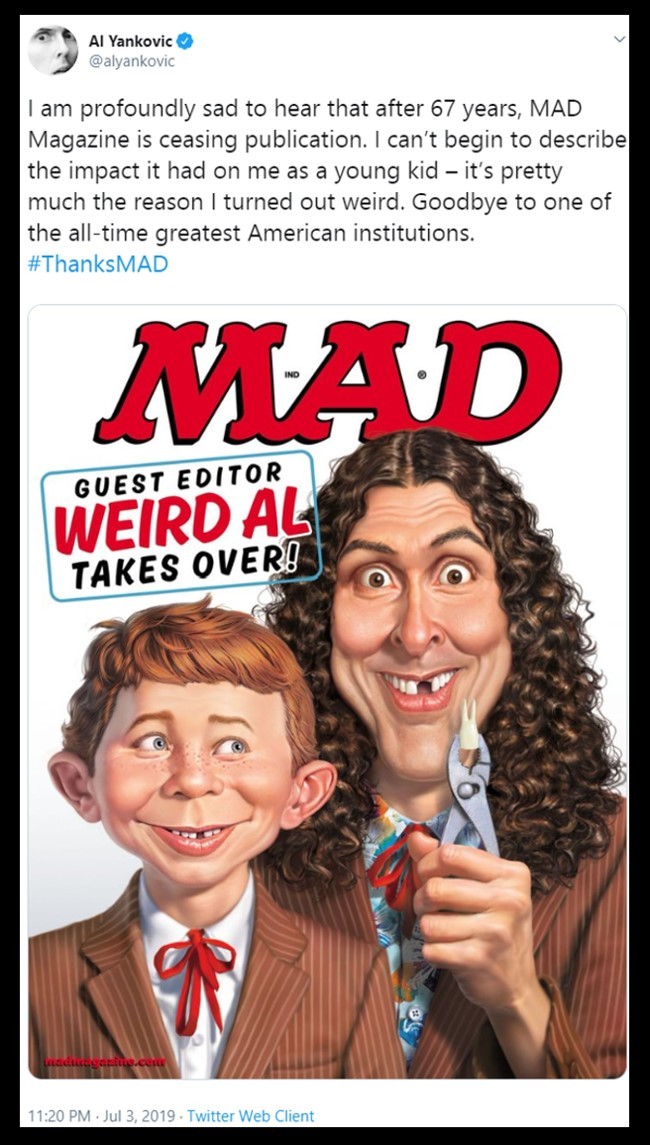