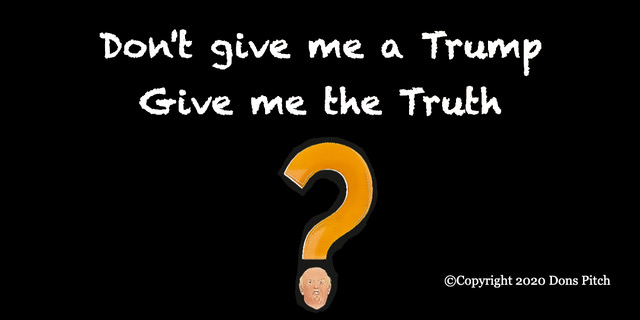 Pick your poison. What a choice. On one hand you’ve got people in Congress who will lie, cheat even collaborate to do physical damage to fellow people in Congress. A former President who makes a Don in the Mafia look like a kind, generous, thoughtful leader.

On the other hand you’ve got people in Congress who will complain, whine, beg, demean themselves to establish their position. Their hearts are in the right place. Their brains, their strategy are out in left field somewhere.

To make things juicier, you’ve got the media. Prior to Trump, many of them were hanging to life by their fingernails. We’re talking about significant organizations. Trump became their ventriloquist. It’s worked so well for them that they’ve switched from cheap wine to French Champagne.

Then of course, we’ve got all these gurus coming out of the walls writing books, becoming media stars as they talk to themselves and each other.

The news is secondary to a new form of Book TV. Where has it gotten us?

Of course, the public at large. We’ve become more biased by the day. We’re ready to get divorces, end all kinds of relationships even move to areas where people are of like mind politically. We’ll even ignore health officials’ cautionary warnings about vaccines and put our loved ones at risk to satisfy some nonsensical new found political belief. One million people have died and yet they’re holding strong to put themselves and others at risk.

Let’s stay with the public. The BLAME GAME. There’s plenty of blame to go around with the groups listed above. However, we the public are as complicit as any. We’ve been wearing blinders and padding as the Republicans have been picking our pockets. They told us they were going to gerrymander our ability to vote. That’s about a year ago. They said they were going to make changes in history about slavery and the Holocaust. They’re doing that. They’ve been fighting hard to eliminate a woman’s right to control her body. They’ve succeeded. There’s more to come. The Democrats have done little or nothing until things started to happen. The public has been on the sidelines waiting for the game to begin.

HELLO. It’s a war. You’ve got no bullets. And no strategy. So far the complaining is not an approach to win. Voting is your voice. Your bullets. Take aim. Shoot.

Former advertising executive Don Herman is the author of What is the Meaning of Life and 92 other things I don’t have answers to.