Posted on May 6, 2021
You are here: Home / Environment / Latest lie: Nope, Biden’s climate plan does NOT try to force people to eat less meat 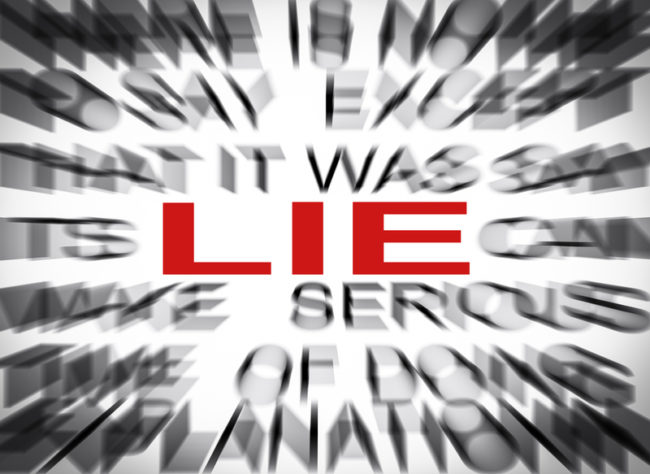 Beyond Meat should launch a political product: Beyond Belief.

Perhaps this is the hall mark of 21st century politics. Turning outright lies into outrage-sparking machines. Here’s the pattern:

American politics now resembles a routine from the old iconic Abbott and Costello TV show of the 50s, where Lou Costello wants to invite his landlord (Sidney Fields) to his birthday party. Fields aggressively twists everything Costello says and keeps Costello on the defensive — until Costello has enough.

Watch this and you’ll see 21st century politics at work:

Here’s what Snopes says about the phony meat issue in labeling the claim false:

Biden announced that his administration would seek to reduce greenhouse gas emissions in half by 2030. The Daily Mail ran a story that asserted, in entirely theoretical terms, that the policy “could” require Americans to reduce their meat consumption by 90%. Politicians like Rep. Lauren Boebert retweeted the Daily Mail’s speculation as fact.

CNN’s fact-checker Daniel Dale wrote an extensive column on this, which is worth looking at in some detail.

“Joe Biden’s climate plan includes cutting 90% of red meat from our diets by 2030. They want to limit us to about four pounds a year. Why doesn’t Joe stay out of my kitchen?” Colorado Rep. Lauren Boebert wrote on Twitter on Saturday.

No fewer than five Fox News or Fox Business personalities told versions of the scare story on the air since Friday morning. For example, Fox News host Jesse Watters said Saturday that “Americans are going to have to cut their red meat consumption by 90% in order to reduce emissions to hit Biden’s target. That means you’re only allowed to eat four pounds of red meat a year. That adds up to a burger a month. That’s it.”

In a particularly odd moment on Twitter on Sunday, two Republican governors, Greg Abbott of Texas and Brad Little of Idaho, tweeted their opposition to the Biden red meat policy that doesn’t exist — and cited a Fox News graphic that listed the supposed elements of the nonexistent policy.

Here’s the truth.
Facts First: Biden has not proposed any limit on Americans’ red meat consumption. In fact, he has not proposed any limit on Americans’ consumption of any food. The false claim about Biden trying to restrict people to four pounds of red meat per year appears to have originated with a deceptive Thursday article by the British tabloid The Daily Mail. The article baselessly connected Biden’s climate proposals to an academic paper from 2020 that is not about Biden and says nothing about the government imposing dietary limits.

He then details the Daily Mail’s distortion and then turns to Fox News:

The issues with the Daily Mail piece would have been obvious to anyone who took a minute to look up the academic paper (which was written by Rose and the University of Michigan’s Martin C. Heller and Gregory A. Keoleian). But the morning after the article was published, Fox News host Ainsley Earhardt echoed the article’s claims.

Fox Business host Larry Kudlow, the former Trump administration senior economic official, claimed later on Friday that the study found Americans would have to stop eating not only meat to hit Biden’s emissions targets but also stop eating “poultry and fish, seafood, eggs, dairy, and animal-based fats.” Fox News host John Roberts claimed the study said you have to “say goodbye to your burgers if you want to sign up to the Biden climate agenda.
”
On the weekend, the deception migrated to big-following figures on Twitter. In addition to Boebert, false claims about Biden and red meat were made or amplified by Donald Trump Jr., Georgia Rep. Marjorie Taylor Greene North Carolina Rep. Madison Cawthorn, radio host Todd Starnes, commentator David J. Harris Jr., and various others on the right.

The White House declined to comment on Sunday. But when we tweeted a debunking of the false claims, White House rapid response director Mike Gwin responded with a photo of Biden smiling while working the grill at a 2019 steak fry in Iowa.

But the reality is: these kinds of lies do work. Facts, denials, etc. won’t be accepted by part of the electorate which will consider this reality. Big Bad Joe is coming for not just your guns but your hamburgers. Some now suggest Biden will be pushing plant-based beer (what kind of meat IS in beer?).

How can this disinformation/lie problem be solved?

Plant-based meat company Impossible Meat might want to put out a new political product, too:

We'll know for sure that Biden has a secret plan to limit meat consumption if he ends his speech to Congress with a coded message: "Lettuce begin."

This stuff is completely imaginary. Biden has not proposed any limit on Americans’ meat consumption.

What happened: 1) The Daily Mail ran an article that dishonestly connected Biden’s climate plan with a not-at-all-about-Biden study. 2) Others on the right just ran with this. pic.twitter.com/VRB52TPmUj

The reason why none of these “Biden’s plan is to limit you to 4lbs of red meat” posts actually link to Biden’s plan to do this is because no such plan exists.
In other words, they are lying. https://t.co/TfYU7hIxrU pic.twitter.com/bba87Rm2kt

Larry Kudlow Complained That Biden Will Force Americans To Guzzle ‘Plant-Based Beer’ – Does Kudlow think hops and barley are meat?

Reminder that literally nowhere, at no point, did the Biden administration ever suggest forcing Americans to eat less meat.

This is an entirely fabricated idea made up by right-wing media out of whole cloth. https://t.co/ZeF7LNSqfJ

"FALSE" — The "Red Meat" Lie is just Red Meat for their gullible base that will believe literally anything they're told.https://t.co/sU9b35o54D

This false claim about Biden and meat has earned more than 150,000 views on YouTube. Some of the videos are monetized, meaning YouTube is making money off of this false claim.https://t.co/BOq9VR9dyu pic.twitter.com/CfOu3nbbuh

lying is part of contemporary GOP ideology https://t.co/WVTai7d9u2 via @TPM

So this seems to be the latest right-wing attempt to smear Bidenomics. There is, of course, nothing about eliminating meat in Biden's plans; so this is like the imaginary mobs that burned our cities to the ground 1/ https://t.co/tniLRFN7fT

Biden is trying to take away our meat beer. pic.twitter.com/RkJGF5vVKD

Of all the content slamming Biden's nonexistent plan to ban meat, my favorite is this one which slams him for hypocrisy. pic.twitter.com/ghTFdMwg6D