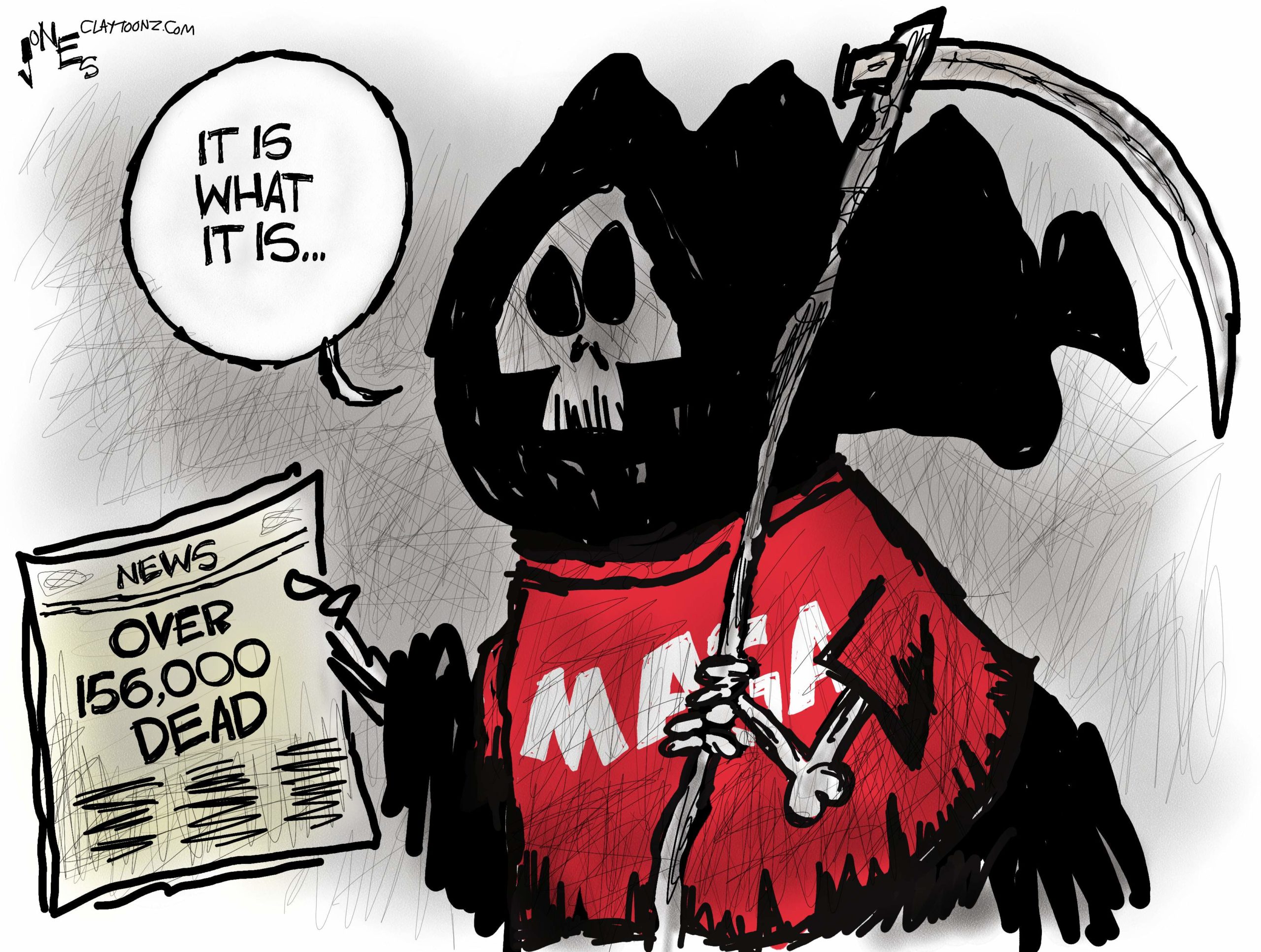 I’ve heard people say, “It is what it is” my entire life. It seems to have gained a lot of traction over the past two decades. But basically, if you’re in a conversation looking for resolution or an answer or even that the person you’re talking with is concerned about the subject, the expression you do not want to hear is, “It is what it is.”

“Is what it is” is a person telling you they can’t do anything about it, they’re moving on, but they don’t want you to believe they’re throwing their hands in the air and giving up. According to the Urban Dictionary, it means “f**k it.”

And, if you’re hearing the president (sic) of the United States talk on a subject of great concern to the nation, like one that’s killed over 156,000 people, the last thing you want to hear coming out of his rancid, pursed, pucker-up, racist mouth is, “It is what it is.”

It means nothing can be done about it. Of course, Donald Trump can’t bring back the dead, though his supporters might argue he can while walking on water, but when he says, “It is what it is” about 156,000 people dead, he’s saying, “Fuck it. I don’t care. I can’t learn from it.

Carrying on the theme of the last blog, Donald Trump doesn’t give a flying fig f**k about you, or anyone, or anything, unless that one or thing is Donald Trump.

Do you know who says, “It is what it is”? People with herpes.

The Urban Dictionary also states it exhibits helplessness. Like we don’t already know Donald Trump is helpless, useless, clueless, and not worth a damn in helping with anything.

You hear the phrase “it is what it is” from people who were recently fired, kicked out of their band, sent to prison, just dumped out of their relationship, or just washed something red with all their whites. I’ve used it myself to describe my relationships with family members who support Donald Trump. When I say, “It is what it is” about them, it means it’s not going to change and there’s nothing I can or am willing to do about it. It means I’ve given up on them. They’re gone. It means, “F**k them.”

And when Donald Trump is tossed out of the White House to prison, hey…It is what it is.