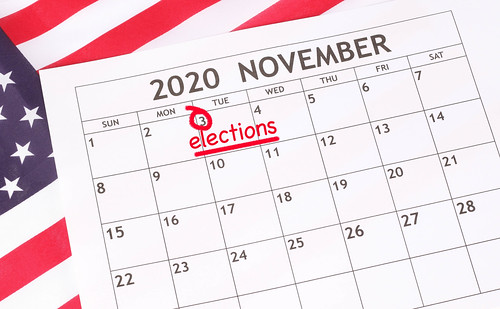 Is voter suppression killing democracy? In the past week Donald Trump said Republicans would ‘never’ be elected again if it was easier to vote. In Georgia, Georgia house speaker David Ralston (not related to this writer), said widespread use of absentee-by-mail voting in the primary would hurt Republican candidates,” because it would drive up turnout.

Our democracy has been deeply challenged this century. Partly, the problem is the media. They cover the hottest new story, which now of course is the corona virus, at the expense of analyzing the deep problems we face as a nation. One such problem is voter suppression. Folks who support Trump, and I know many of them, just do not believe it is a problem. And the rest of us may find it difficult to focus on the issue.

But, in fact, the fate of our democracy and indeed of the planet, rests on the upcoming election. And little is being done to make sure that votes cast in 2020 are even accurately counted. During the last election, the were several examples of voters choosing candidate A but their vote being recorded as for candidate B. So first we must be concerned about accurate counting. And Russian meddling at this level.

But actual suppressing of the vote, keeping citizens from being able to vote, is also a key factor. GWB was elected in Florida thanks to his brother Jeb and Jeb’s secretary of state purging around 1400 voters in minority districts from the voter rolls. This let GWB win by just over 500 votes. So in 2000 a president was installed whose main advisor, Dick Cheney, was a neo-con war hawk. Hence, 9/11 led to the never ending wars in the Middle East, which have devasted the civilian population and led to the current refugee crisis. Brown University’s Costs of War Project released (11/18) an estimate of the total death toll from the U.S. wars in three countries: Iraq, Afghanistan, and Pakistan.

The numbers are conservatively estimated, but are still are staggering. At least 480,000 people have been directly killed by violence during these conflicts, and over 244,000 were civilians. The number of indirect deaths — those resulting from disease, displacement, and the loss of critical infrastructure — must be much higher, running into the millions. Voter suppression led this. And led to the fact that Gore was not elected, which meant that we have not addressed climate change in this century.

QED. We need to be very concerned about voter suppression. Early in his tenure, Trump put Kris Kobach in as the head of the national “voter fraud” commission. His first act was to demand detailed voter information from every state. The info could be used to design suppression strategies. This is in line with the far right’s policy goal of suppressing votes from poor and minority communities. (See “Dark Money” by Jane Mayer for more on this.) This may sound overwrought, but in fact a Republican political consultant recently admitted that the party has some to rely on suppression to win.

The Guardian (12/19) reported that one of Trump’s “top re-election advisers told influential Republicans in swing state Wisconsin that the party has “traditionally” relied on voter suppression to compete in battleground states, according to an audio recording of a private event. “…the report emerged just days after news that a conservative group is forcing Wisconsin to purge upwards of 230,000 people from state voter rolls more than a year earlier than planned, a move that would disproportionately affect Democrats before the2020 election. Last year alone, 14 million Americans were purged from voter rolls. (per Greg Palast independent investigative journalist)

Clearly suppression has and continues to undermine democracy. In 2016 the Democracy Index downgraded the USA from “full democracy” to “flawed democracy”. Following are some reasons why.

1. Hacking. The Russians were able to get into voter rolls in at least 21 states. These rolls can be manipulated, e.g. voters deleted. Alas, the previous Republican House defunded the only federal agency that helps states keep their voting machines from being hacked. This may not have affected an election yet, but “two teams of federal officials assembled to fight foreign election interference are being dramatically downsized, according to three current and former Department of Homeland Security officials. And now, those sources say they fear the department won’t prepare adequately for election threats in 2020. “ (Daily Beast 2/19)

2. Cross-checking. Greg Palast, independent journalist, reports that, starting in 2013, Kobach created cross checking, a system designed to purge 1.1 million Americans (with minorities targeted) from the voter rolls in Republican states. Cross-checking involves comparing voter rolls in different districts, even states, to see if the “same” person is registered in two places. If so, the person is deleted. Alas, the computer mainly located names that were actually quite dissimilar (e.g., Donald Alexander Webster Jr. of Ohio was purged for voting a second time in Virginia as Donald Eugene Webster Sr). Cross-checking was used in 2016, with these results: in Michigan Trump won by 13,107, while 449,922 voters were purged. In Arizona, Trump won by 85,257, while 270,824 voters were purged. Trump won in North Carolina by 177,008, while 589,393 voters were purged. The million voters purged were mainly in poor and minority districts.

3. Former felons, also largely poor and minorities, are not permitted to vote in many states, e.g. Florida, Iowa and Virginia. The New York Times reported last October that “the Sentencing Project, a nonprofit organization for criminal justice reform, estimates that 6.1 million Americans will not be allowed to vote next month because of these laws” One and a half million Florida adults could not vote last election, and overall one in 40 Americans cannot vote as a result of these laws. The elections in Florida are deeply influenced by this law. In 2000, several thousand legitimate voters were falsely purged as “felons,” and Bush won the state by only a few hundred votes. Floridians recently voted by 65% to end this law. Republican counties are making this hard, requiring former felons to pay off all debts before they can register. Many are impoverished, it goes without saying.

4. Voter ID laws. The Nation reported last November that “According to federal court records, 300,000 registered voters, 9 percent of the electorate, lacked strict forms of voter ID in Wisconsin. … strict voter-ID laws… led to a significant reduction in voter turnout…, with a disproportionate impact on African-American and Democratic-leaning voters. Wisconsin (had a) reduced turnout by 200,000 votes. (In contrast) states with no change to voter identification laws witnessed an average increased turnout of +1.3 percent from 2012 to 2016 . . . .” Alas, ” …87 bills to restrict access to the ballot have been introduced in 29 states this year, including voter-ID laws in 19 states.”

5. Fewer polling places: The Brennan Center reports that states with very long lines in 2012 (Florida, Maryland, and South Carolina) had precincts with fewer machines, poll workers, or both. Those who waited the longest tended to live in urban areas and were disproportionately African American and Latino. Slate reports that “… North Carolina counties cut an astonishing 27 voting sites (in 2016) and dramatically reduced early voting hours in many of the remaining sites. The result was… monstrously long lines that forced voters — many of them elderly — to stand outside for hours upon hours just to cast a ballot.” Other states sharply reduced polling places, e.g. Texas (403 poll closings), Louisiana (103), and Alabama (66). In Maricopa County, Ariz., as the Nation reports, “reduced the number of polling places by 70 percent from 2012 to 2016, from 200 to just 60 — one polling place per 21,000 registered voters.”

Such endless lines amount to voter suppression, compliments of heavily funded efforts to ensure that the voices of poor and minority voters not be heard in the political system. In 2018 Texas led the US south in an unenviable statistic: closing down the most polling stations, making it more difficult for people to vote. Southern states were required to justify changing voting procedures, but SCOTUS voided this requirement in the 1965 Voting Rights Act. “A report, entitled “Democracy Diverted: Polling Place Closures and the Right to Vote,” (says that) 1,688 polling places are now shuttered in those areas. The report, which is a follow-up to a 2016 analysis, looked at 757 counties and found that 298 of them, or 39 percent, reduced their number of polling places between 2012 and 2018.” (Mother Jones 9/20)

6. Purging voter rolls. In 2018 Brian Kemp, removed over half a million voters in Georgia alone from the voter rolls. Greg Palast “got the names and addresses of all the voters who’d been removed….. (because they supposedly) had left the state, or moved away. … experts went through the names, and we proved 340,134 voters had never moved from their registration address, and yet they were removed by Kemp.” The result was Stacy Abrams lost and Kemp won the Georgia governorship. Massive purging of citizens who have not voted recently hits minority areas hardest. The Brennan Center for Justice released a study showing that 17 million Americans were dropped from voter rolls between 2016 and 2018.

We are living through a period in which our democracy is being undermined from within. An informed and voting population is the backbone of democracy. We can get out democracy back, but only if Democrats retake the government in 2020. And voter suppression, the Republican’s friend, makes that task very difficult. We can only hope that Stacy Abrams’ group, FairFight, get the funding it needs to continue working on the problem.