Categories Menu
Home » International » Iran: There is another path

Iran: There is another path 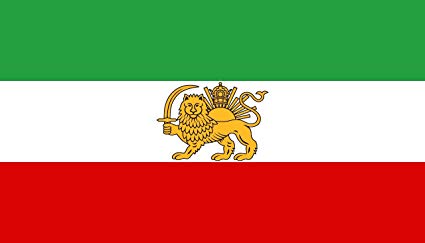 A small breach has appeared in recent days that could permit the sending of wider peace feelers to Iran if President Donald Trump is willing to stand up to those around him who want regime change in Tehran.

His draconian maximum pressure economic sanctions on Iran are starting to show results. Remarkably, many ordinary citizens are daring to face police repression, even bullets, to scream their frustration at the austerities thrust upon them by the ruling theocrats.

Anger continues to swell against the Mullahs who refuse to tone down bellicosity towards the US while throwing the people under the bus. Worse, they are increasing the risk for Iranians of receiving a rain of hellish American missiles.

In turn, Trump could continue his bellicosity or even start a limited war if, among other things, he thinks that would distract from the ignominy of impeachment and help him to win the November elections.

There is another path in this brittle situation. Both Trump and Supreme Leader Ali Khamenei could choose to stay in power by taking the better option of talking first. For their own political survival, both need to get out from under their self-made destructive policies.

Trump’s own actions are sucking him into a worse Middle East war than his predecessors. He faces a miserable legacy of using American weapons to kills many more thousands in the region.

The Khamenei regime’s own incompetence has brought near bankruptcy to his nation and decades of broken promises to the people. It has brought the country to the brink of unwinnable war with the world’s most powerful military.

Both Trump and Khamenei do not have much rope left. The only way for Trump to avoid war is to reduce his bellicosity. Equally, Khamenei has no choice but to avoid war if he still wants the Iranian people’s betterment and his theocracy’s survival.

Pulling aside the shrouds of belligerent rhetoric on both sides, the glimmer of peace is discernible.

Trump wants an end to Iran’s proxy militias in Iraq, Syria, Yemen and elsewhere. He wants a definitive termination of Iran’s nuclear programs and significant curbs on its missile development.

Iran wants a definite end to threats of regime change and guarantees that the US will not encourage anyone in the Middle East to attack it.

Neither the ruling theocrats nor the people have forgotten the eight-year war when the late Iraqi dictator Saddam Hussein tried to invade Iran with US support.

Over a million Iranians were killed because Tehran possessed no missiles or modern weapons whereas Iraq was supplied by the US and some European countries.

Clearly, getting acquiescence to Trump’s demands will not be easy and could take a long time.

But there is no choice left. Neither Trump nor the Europeans want a war with Iran, on top of the chaos in Syria, Iraq, Yemen, Libya and Afghanistan.

Despite his threats, Khamenei knows that war is not a viable option for him. He will come to the table if US troops start to withdraw from Iraq, which Trump wants to do anyway.

US withdrawal will not cause Iraq to become a vassal state of Iran. Regardless of religion, Iraqis are Arabs with little love lost for Persians. They have favored Iranian-backed Arab Shia militias to keep Islamic State extremists out and keep American troops boxed into heavily fortified bases.

There is little cohesion among Iraq’s Shia militias and they could turn on one another when the above imperatives keeping them together become irrelevant. They are unlikely to dominate Iraq as proxies for Iran.

Iran’s recent volley of accurate missile hits on the military bases has demonstrated that US soldiers are like sitting ducks. They have nowhere to run.

However beautiful be Trump’s weapons they cannot protect those soldiers. At best, they can claim awful retribution from Iranian attackers but only after Americans die unable to protect themselves.

The best option is for those soldiers to be put out of harm’s way. With the Americans gone but just at arm’s length in Kuwait, Saudi Arabia, Qatar, Bahrain, Dubai, Abu Dhabi and Oman, Iraqi’s will not let Persian Shia give them orders or dominate their domestic politics.

Iran has loomed large in the lives of Iraqi Shias in recent decades because they were severely oppressed by Sunni Saddam Hussein and then endangered by the rise of Iraqi Sunni militias and finally by IS terrorists. Freed of those horrors, Iraqis will not allow Persians to oppress them despite religious affinities.

The biggest carrot to bring Khamenei to the table would be a start to US withdrawal from Iraq. The next one would be some economic relief by softening Trump’s maximum pressure sanctions.

Such actions go against the grain of both Khamenei and Trump. Yet both need face saving devices to enable them to accept the consequences of their own weaknesses.

Khamenei is a cloistered cleric adrift in the 21st century. Trump is cave man from the 1970s blinking at bright lights of the new age of globalism.

However, both are pragmatic and know that they cannot afford to fight without becoming extinct. Their self-interest could nudge them to compromise.

Regime change in Iran may not happen but the regime will no longer be revolutionary if it enters peace talks. And Trump may get his Nobel Peace prize if he is courageous enough to admit that war and sanctions are weaker than compromises for peace.

This scenario may seem fantasy right now but the seeds of peace are often sown in improbably hostile soils.