You are here: Home / Government / IN A GROVE History is in this room.    We last entered it in 1941 but threw away the key in 1945.  This room contains a story that we can’t bear to read.  The door has been painted over and over again, and now it’s a bright red, but still we refuse to enter or even look through the keyhole.

I think we’re lost “In A Grove”, the story depicted by Akira Kurosawa in his famous film, Rashomon.  It’s long past the time when we should ask, “What’s really going on in American politics?”  The answer, for those who can still remember, is that we are in the midst of a soft coup, and we must go to war or lose our 243-year-old constitutional democracy.   Churchill is reputed to have said, “You can always count on Americans to do the right thing — after they’ve tried everything else”.   We have no time left to try anything else.

Point of view is everything.  We’re living in a moment where truth is subjective, and ideals are fungible.  Where the notion of a rock-ribbed Republican is now defined by the petulant Lindsay Graham taking to his fainting couch in high dudgeon after the revelations of the Barr hearing.   Where Chuck Grassley, the most senior Republican member of the Senate, and John Cornyn, a member of GOP leadership, channeled Sméagol depicting Hillary Clinton as “my precious”.  But this extravaganza of broken vows and indefensible surrender to a would-be strongman is only one piece of the magisterial nightmare that last presented itself as the second “War to End All Wars”.

The irony of accusations of “Reductio ad Hitlerum” is that any comparison to the evolution of Nazi Germany becomes invalidated and, thus, disables our ability to watch history – that history – repeat itself today.  Our lack of comprehension is reflected by the fact that we appear to be hiding under the bed.  But it is happening again, and with the blinding refulgence of 1,000 suns.  As Yale Professor of History, Timothy Snyder, says: “Americans are no wiser than the Europeans who saw democracy yield to fascism, Nazism, or communism.  Our one advantage is that we might learn from their experience”.

Masha Gessen, a Russian-American author and journalist, describes the rise of Vladimir Putin in her book, The Man Without a Face, in a way that is shockingly similar to Donald Trump’s rise to power in American politics.  She notes: After Yeltsin, “Russia and an infatuated West were determined to see the progressive leader of their dreams, even as he seized control of media, sent political rivals and critics into exile or to the grave, and smashed the country’s fragile electoral system, concentrating power in the hands of his cronies”.

Robert Reich echoes Gessen’s depiction of Putin’s trajectory to power in his Seven Signs of Tyranny:  He says, “As tyrants take control of democracies, they typically do 7 things:

There is nothing ambiguous about what is happening to America.  We are undergoing a soft coup that is being facilitated by the Republican Party.  They have assisted in cultivating a cult of personality within their ranks that leads to tyranny and the dissolution of American democracy – and to a future as bleak as the one experienced in Europe in the 20th Century.  An estimated 80,000,000 people lost their lives only 74 years ago – only one lifetime ago.  We’re lost “In The Grove” – we can’t see the forest for the trees.

It’s time to ask how the Republican Senate isn’t committing obstruction of justice, itself, by refusing to disclose the Mueller Report; why they have confirmed oligarch after oligarch to positions in the government that they are patently unqualified to hold.  We must ask how Republicans can defend an indefensible tyrant and refuse to impeach him for the same crimes Vladimir Putin committed against the Russian people during his ascent to power.   If, indeed, there is an objective reality, this is it: We’re in the midst of a coup, and instead of mounting a blistering defense of our institutions, we’re arguing about progressive policy that doesn’t have a chance to survive the attack.  We are becoming our own worst nightmare; we are becoming Russia. 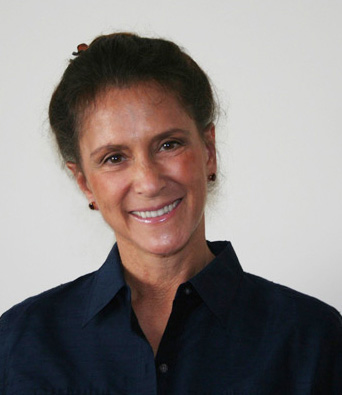